A Complete Guide to Travel Money 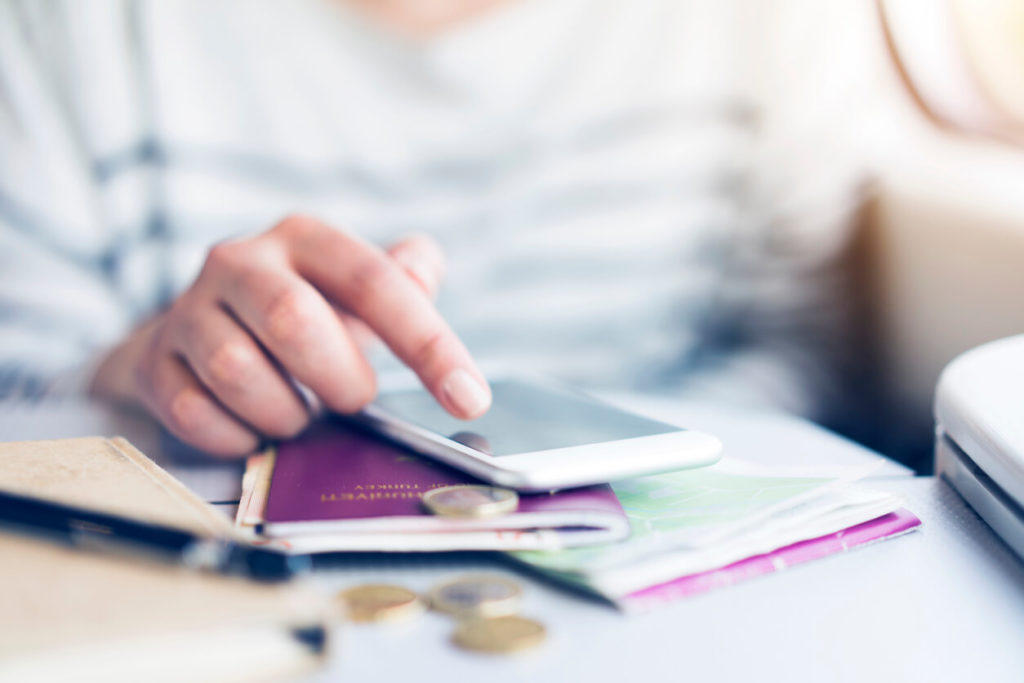 Whether you’re jetting off for a week of seaside fun in sunny Spain, experiencing the wonder of the northern lights in Iceland or trying out all of the wine that France has to offer, there is one thing which you will always need: travel money.

You’ve paid for your hotel, your flights and maybe even for a few excursions while you’re away – now you just need to make sure you’ve got the right currency to take with you!

How much money do I need to travel? Where can I exchange currency? And what even is an exchange rate?! Luckily for you, we’ve got the answers to all of your questions in this guide to travel money.

What is an exchange rate?

Where can I exchange currency?

What is a travel money card?

Should I exchange money before I travel?

How much money do I need to travel?

What to do with leftover currency

What is the best way to carry cash when travelling?

Are there any extra costs when travelling abroad?

What is an exchange rate?

An exchange rate is the value of one type of currency compared to another, which may have more or less value.

Exchange rates are used when buying a foreign currency in order to determine how much of your chosen currency you will be getting.

TIP: Exchange rates can change by the minute, so start checking for the best travel money exchange rates in advance – keep an eye on the news for anything about exchange rate fluctuation!

Where can I exchange currency?

There are a number of places from which you can purchase foreign currency in person. If you’re looking for the best rates for euros, dollars or any other foreign currency, start by checking:

The exchange rates from these dealers will vary, so do some research and compare travel money dealers to make sure you get the best value for money.

More often than not, you will find the best deals for buying euros, dollars and other foreign currency through specialist currency exchange websites, however, take into consideration that these websites will usually:

TIP: If you’re buying a large sum of money (usually over £600) then you may be offered free delivery. If travelling with a friend, buy your money together to get yourselves free delivery and the best exchange rate!

British travel company, TUI, offer a range of travel money services to help people make the most of their cash and time while travelling abroad.

The main travel money services offered by TUI include:

Rather than wasting time and money by getting the currency you need last-minute at the airport, you can pre-order any currency with TUI online, and you can receive it either by collecting it from your nearest store or having it delivered to your home address.

With TUI, you also avoid paying any extra, unnecessary costs, as their rates are really competitive compared to others and they do not charge commission on top. To find out more, visit their page here.

What is a travel money card?

If travelling with heaps of cash doesn’t appeal to you then you could exchange your money onto a travel money card, rather than into cash.

A travel money card is a card which you can use abroad, in the same way that you would use your debit card at home.

It can be loaded with a range of different currencies before or during your holiday, making it easy to control how much you spend while you’re away.

The majority of these prepaid currency cards will have either MasterCard or VISA logos on them and can be used to either take out cash from an ATM or purchase goods from retailers who accept card payments.

For more details on travel money cards, take a look at our pros and cons guide here.

Should I exchange money before I travel?

This might seem like an odd question, but it really isn’t! Most people exchange their money before they travel, but you can wait until you arrive if you like – so what is the best way to exchange money while you’re away?

Whether you choose to purchase your currency before you travel or after you land, a general rule of thumb is that you should never exchange your money at the airport – even with the promise of avoiding paying any commission or fees, the exchange rate that you are offered means that you almost always end up worse off.

TIP: If you absolutely have to buy your currency at the airport, pre-order it online to get a better rate.

Through an ATM at your destination

Believe it or not, this can sometimes offer you the best value for money when exchanging currency – but this depends on your bank and their policy on foreign transactions.

Some banks offer 0% foreign transaction fees, meaning you won’t be charged extra for making purchases abroad (but you may still be charged a fee for using a foreign ATM).

Most banks, however, will charge a fee of around 3% for any transactions made abroad on top of a fee for using a foreign ATM – the foreign bank may also charge you a small fee, while some ATMs (like in the UK) will charge a small fee for withdrawing cash.

If you choose this option, aim to avoid ATMs at the airport or hotel lobbies and instead, head for your closest major bank to get the best rate.

Also, remember to tell your bank of your intentions to withdraw cash abroad to avoid triggering a fraud alert.

TIP: Withdraw money in large sums as opposed to several smaller sums – this will save you from having to pay multiple transaction fees!

Even if just taken as a backup, this type of credit card could be handy while on your travels.

You may even be lucky enough to get a credit card which charges neither of the above, as well as no interest as long as you pay off your bill in full by the end of the month.

How much money do I need to travel?

The amount of money you need while travelling will obviously depend on the type of trip that you’re planning and how much money you intend to spend.

For example, if you’re spending a week at an all-inclusive hotel, your food and drink will already be paid for, so you probably will not need as much money.

However, if you’re spending a week in a self-catering apartment in Florida, you’ll need to consider the cost of food, drink and travel as well as any excursions such as theme park tickets!

TIP: Budget carefully before you travel, but remember it is often best to have more money than not enough – you can always sell it back when you get home!

What to do with leftover currency

With the exception of spending money on your flight and at some airports, your foreign money is no good to you once you land back on home soil.

There a few options to consider if you have some foreign cash leftover from your trip:

Save it for next time

Some currencies – particularly the euro – are accepted in various countries. If you have some leftover currency, consider saving it for a future trip! You might feel short-changed now, but you’ll be grateful in the future!

You can convert your foreign currency back into pounds in a similar fashion to how you got it in the first place.

Many supermarkets and travel agents offer a currency buy-back service, letting you exchange your currency back into pounds, though be warned that the exchange rate may be lower (or higher, hopefully!) than what you originally bought your currency for.

TIP: Some foreign currency vendors will offer you a ‘guaranteed buy back’ on your cash, meaning that they will buy your currency back at the same rate that you bought it for. This often comes at an extra charge (up to £4), but could be handy for when the currency market is particularly volatile.

I know, it’s crazy – why would you give your money away?!

But the reality is that you may not have enough money left over to justify making a trip to change it back – many vendors won’t buy back your currency unless it’s of a set value.

If you have some coins rattling around in your pocket, most airlines will ask for donations to their chosen charity towards the end of your flight home.

Pop your spare cash in their donation bucket and not only have you freed up some room in your wallet, but you’ve completed your good deed of the day, too.

The best way to carry cash when travelling

Going on holiday usually requires you carry a lot more cash than you’re used to back home. Here are some methods to keep your holiday money safe while travelling:

Perhaps the oldest trick in the book, but still a good one to remember! Avoid putting all of your money in one place - if it is lost or stolen, you’ll have nothing left.

Split your cash into different wallets, bags and even pockets to spread any potential risk.

Keep it on you

Keeping money on you where possible is the best way to ensure that it is safe.

Beyond using pockets and socks, you can buy a variety of different on-body storage accessories including belts, bras and pants to give yourself and your money that extra bit of security.

Use the hotel safe

The clue is in the name, but the safest place for your travel money – or any other expensive belongings – is the hotel safe.

Some hotels will charge for their use (normally just a refundable deposit), but it will probably be worth it in the long run. Just remember to check you’ve emptied it before leaving!

TIP: If you’re unfortunate enough to have cash lost or stolen while on holiday, you might be covered by your travel insurance! Check your policy to see if you’re covered, and how much for.

Are there any extra costs when travelling abroad?

Some hotels will request that you put down a security deposit in the rare event that your room is left in a bad condition when you leave, however this will be refunded after your stay.

Countries in Europe also charge what they call a ‘tourist tax’, which varies depending on the country you visit, the hotel that you stay in and the time of year that you visit.

For example, tourist tax in Spain can cost as much as €4 per person, per day when staying in a luxury hotel in the peak of summer – contact your hotel or travel agent to find out more.

If travelling abroad, make sure that you are covered against possible cancellations, delays, luggage loss, medical emergencies and more by taking out travel insurance.

To get a free, non-obligatory travel insurance quote for your next trip, click below.