10 toys from your childhood that are now worth a fortune 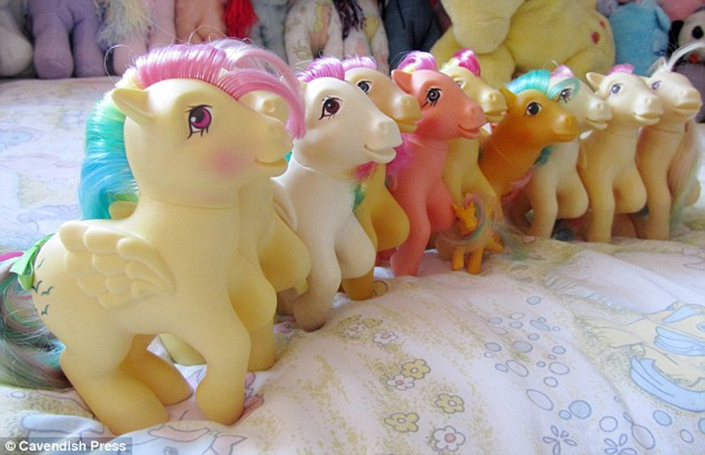 We can all remember them, even if we didn’t all have them occupying toy cupboards during our formative years.

Well, guess what? If your parents boxed them and bunged them up in the loft the very moment you departed the family nest seeking your fame and fortune, then you/they could well be sitting on a small fortune right now.

However if your parents took your 1985 Raleigh Chrome Burner BMX (worth about £2k today) to the local tip in the intervening years, prepare to weep uncontrollably like someone whose been denied permission to stay up late and watch Tales of the (Completely) Unexpected.

Obviously what toys you grew up with  largely depends on just what era your childhood occurred during, but those who found their feet in the 80s and 90s will, like, totally be blown away by this, dude/dudette.

What’s more, the condition of the toys and whether they’re still in their original packaging also makes a significant difference to potential valuations. But, in for a penny in for (quite a few hundred/thousand) pounds, so it would seem…. Hands up if you attempted to drown your younger sister’s cherished Furby back in the day? Yet for those who kept a lid on it you’ll be chuffed by news that the original furry owl-come-hamster-come-alien (if found unopened and box-fresh) could be worth over £100 quid. But just ensure that it’s not one of the 2012 re-boots… 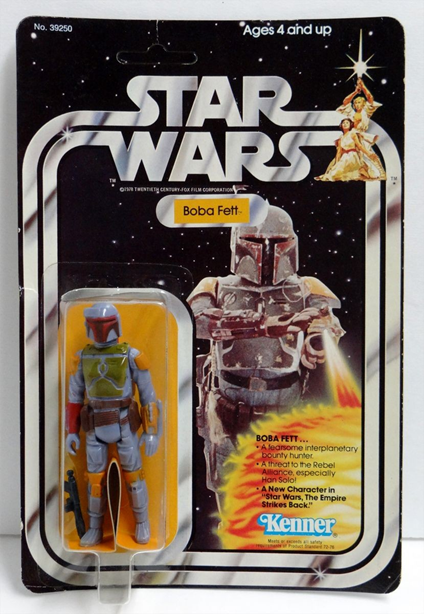 Many of the original – and officially licensed – Star Wars action figures can now routinely fetch in the region of £3,000, yet if you’re one of the fortunate few who happened to own the rocket-firing original Boba Fett character from the 80s, then it could be your Wonka-style golden ticket. A pristine example of this highly-prized figure recently changed hands for a staggering £18,000! Despite not having to hand the exact current figure for individual vehicles which comprised the Hot Wheels range from the 80s, we can confirm that an entire collection sold for an eye-popping £12,700 not that long ago. What’s more, TV series-themed examples can be worth up to £500, as underlined by the sale of an original 1983 A-Team van set which fetched the seller some £450.

But this is all small change compared to the Hot Wheels Beach Bomb camper van (complete with surfboard accessory) which made its previous owner a breath-taking £46,000! 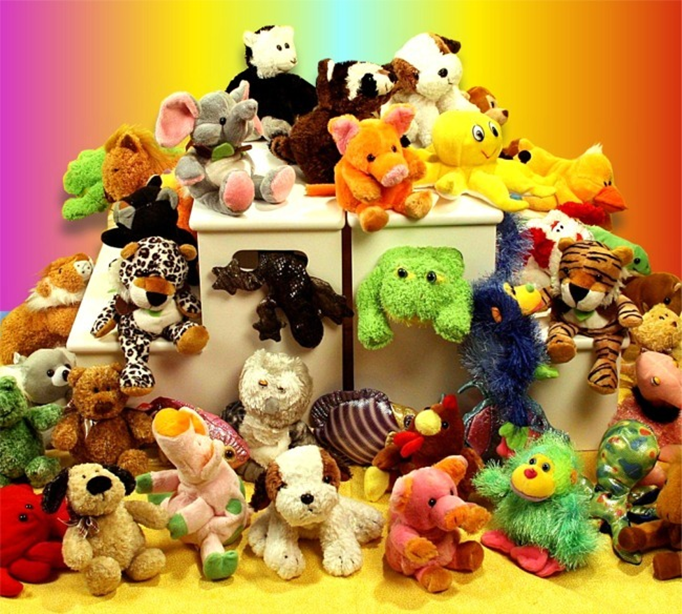 We know, quite the spectrum of possibility when it comes to actual values, but as Dale Winton used to always say, you have to be in it to win it.

Admittedly most Beanie Babies are worth less than shares in Our Price these days, yet a select few have the potential to buy you a new house. Like for example the first edition Princess Diana bear version, which typically has a £318,000 price tag slapped on it! 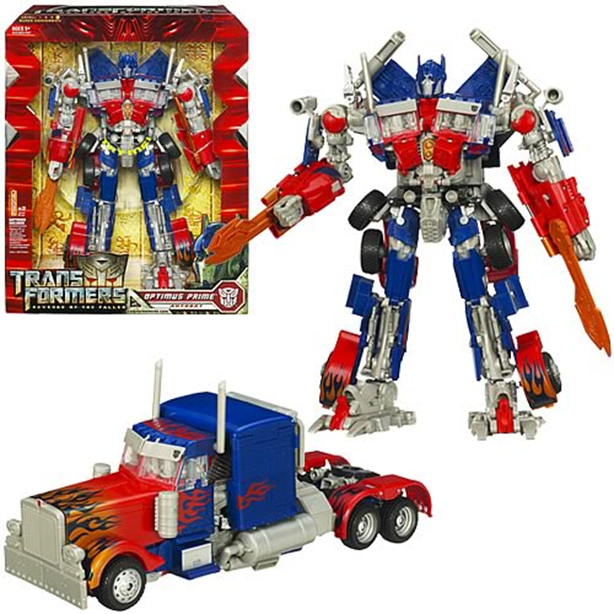 Long, long ago, in a galaxy far, far away…sorry, wrong franchise. Having said that the original Transformers (as opposed to this modern day Michael Bay-directed, CGI-fixated Hollywood nonsense) first put in an appearance – as a bona fide, all-action toy – over three decades ago, and set boy’s pulses racing quicker than even Megan Fox did some 30 years later.

Autobots and Decepticons of that particular vintage can net big boy toy-owners some serious lucre. Like £580 for an Optimus Prime and/or Megatron minter. 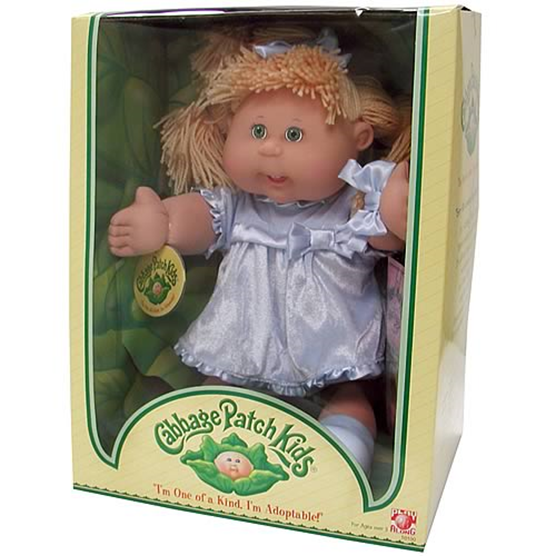 As if the 80s weren’t weird enough, along came the Cabbage Patch Kids to take creepiness to previously unchartered heights.

Mass hysteria in the run-up to Christmas as parents tried desperately to get their hands on them for their demanding children habitually descended into shopping centre chaos, leading to inevitable – yet pre-Black Friday – consumer violence. Worth up to £660 in perfect condition today. Yeah, yeah, we know. Retro kicks-seeking gamers can purchase all the greatest NES titles online via their state-of-the-art Nintendo Wii U systems, but it doesn’t come close to the sheer thrill of having to exhale your breath onto the original console cartridge to get your game to work.

If you’re still reliving these glory days then it’s possible that you can cash in to the tune of £1,300 here and now, as serious collectors would bite your hands off for one. Having said that they need to be box-fresh, which yours clearly isn’t by the looks of it. Championing the cause of bob-haired, short short-wearing muscle-bound men since 1982, He-Man remains as popular today – and is still looked fondly upon as the ultimate alpha male figure.

Irrespective of this synopsis, if you happen to own a He-Man and Battle Cat action figure – which is highly unlikely given the rarity of them – then it’s potentially worth £7,000. If however you had/have the limited edition Eternia Playset – a 3-level tower of sheer awesomeness first produced in 1986 – then it could be valued in the region of £10,900. Not that many of them at large on account of Transformers being more popular at the time. Overlooking day-glo joggers and a Pat Sharp-spec mullet, THE coolest thing any youngster could possess in the 80s was the 8-bit, 4-colour, 2-button Game Boy. Period. And if you’ve still got one in working (well, boxed and untouched) condition, you might be looking at a cool £1,120 in terms of value.

Thanks to the inexplicable surge in Bronies in recent times (adult fans of My Little Pony), My Little Pony is enjoying something of a renaissance. And believe it or not some three decades before middle-aged men made it their own, My Little Pony was at the top of every little girl’s birthday and Christmas wish list.

On today’s market experts suggest that they’re worth up to £250.