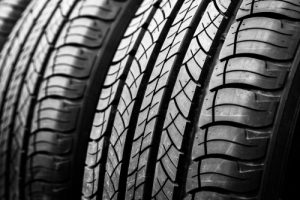 Spot checks of 1,000 vehicles found that 21% of cars have at least one tyre that needed replacing - meaning that up to 8 million cars on UK roads are driving with potentially dangerous tyres.

A new study has found that more than one in five cars on UK roads have 'dangerous' tyres, which equates to more than 8 million cars.

The study was carried out by comparison site Confused, who carried out 1,000 spot checks on cars up and down the country. As well as 21% of cars having at least one tyre that needed to be replaced, the study also found another 3% (equating to 1.4 million) had illegal tyres that could result in a fine over £2,500 and three penalty points.

To conduct the study, Confused visited 10 major UK cities and looked at car tyres and measured the tread depth. The 21% they deemed to be dangerous had at least one tyre that had a tread depth below 3mm, which is the point where major tyre manufacturers recommend having the tyre changed. The 3% with 'illegal' tyres were found to have a tread depth less than the legal limit of 1.6mm.

Perhaps the most worrying finding of the study is that 61% of motorists claim to not know if the tyres on their cars are legal or not. Confused surveyed 2,000 motorists and found that 61% did not know what the minimum legal tyre tread depth is. On top of that, 55% of drivers said they did not know how to check if their tyres are roadworthy or not.

This lack of knowledge is not only concerning on a road safety level, it also means drivers are risking fines of £2,500 or more PER TYRE if they are caught by the police driving on dangerous tyres. They also risk receiving three penalty points for each illegal tyre, which could lead some to lose their driving licence as well as facing increased car insurance premiums.

There is also the prospect of your current car insurance policy being invalidated if it is found you were driving on bald tyres when involved in an accident, as your car would be viewed as unroadworthy.

Of the 10 cities visited by Confused as part of their research, Edinburgh had the highest number of cars fitted with tyres that had a tread depth below 3mm (27% of cars), while cars in Newcastle and Ipswich had the joint highest rate of cars with illegal tyres (5%).

London drivers appear to be the most diligent when it comes to checking their tyres, with just 16% of cars found to have dangerous tyres. Meanwhile, the researchers found no cars in Birmingham with an illegal tread depth.

Amanda Stretton, motoring editor at Confused, said it was 'worrying' to find so many vehicles fitted with potentially lethal tyres.

Tyre tread ignorance could land offenders with fines of up to £2,500 per tyre, invalidate their insurance or lead to an accident.

By conducting a few simple checks each month, such as the 20p test, drivers can keep themselves and other motorists safe.

Driving has become expensive enough as it is, and avoiding unwanted fines should be incentive enough to comply with road safety regulations.