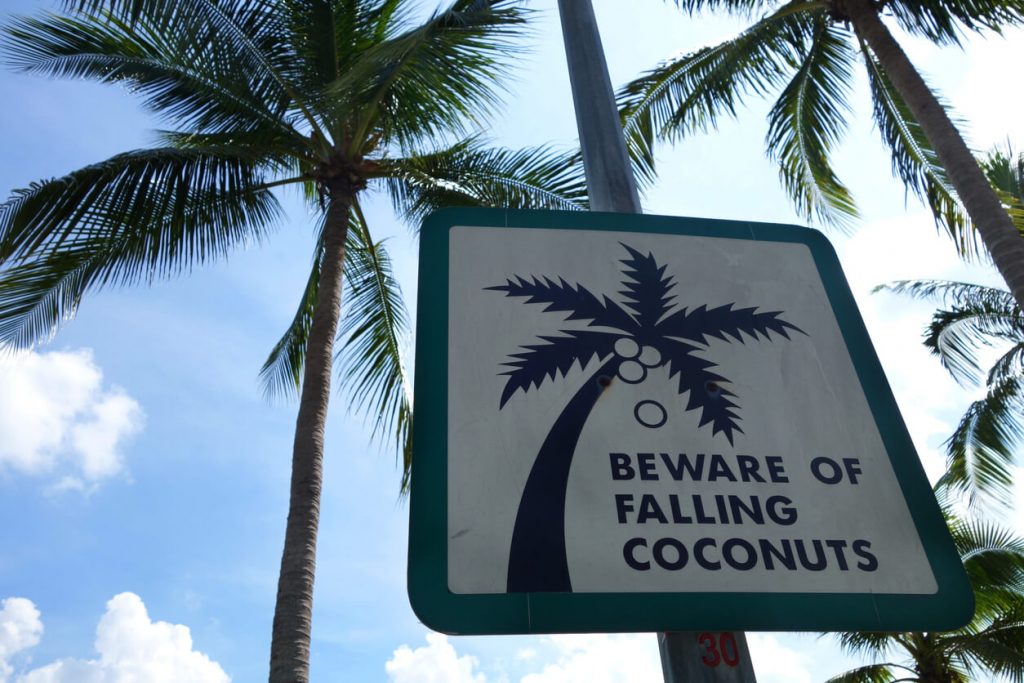 Travel insurance can be a saving grace for you and your family when you go on holiday.

If you’ve ever had to claim on your travel insurance policy, statistics would suggest that you probably had your trip cancelled or had your luggage stolen - or perhaps your car was licked by a herd of cows, causing damage to your paintwork…

Now, that last one may seem unlikely, but it has happened! Here are 9 funny and strange insurance claims that people have made while travelling the world:

You may think that a weekend break to the southwest of England may not seem like the most adventurous of holidays, but when two holidaymakers had the paintwork of their car damaged by a herd of seemingly hungry cows, they filed a claim to repair the damage.

Okay, we can’t confirm that his name was Steve – but one unfortunate traveller, while on a cruise ship, felt the full effect of the choppy seas and had to rush for the side of the boat.

Unfortunately for this pensioner, it wasn’t just his breakfast that he lost to the ocean – but his false teeth, too! It was probably a good job that he had nothing to smile about, as his insurer turned down his claim for ‘missing baggage’.

3. A mistake of Titanic proportions

Even if you haven’t seen the 1997 hit movie, Titanic, you probably know of the iconic “I’m flying!” scene. Heck, you may have even recreated it yourself!

One couple saw the perfect opportunity to do just that and decided to capture it on camera to show their friends back home. But when they dropped their camera into the icy seas, their insurance company refused to pay out as they – quite clearly – had not taken any measures to look after their ‘baggage’.

A British tourist paid the price for his lack of concentration when a group of bikini-wearing women caught his eye on holiday – and while his eyes wandered to the beachfront, his body wandered right into a bus shelter.

His broken nose resulted in a weighty medical bill, but his insurer paid out on the basis that the injury fell under the category of accidental injury in his travel insurance policy.

Unfortunately for him, though, insurance providers don’t provide compensation for damaged pride.

A typical scene from a children’s cartoon – relaxing on the beach when a large coconut falls from the sky, resulting in a large bump on the head and tweeting birds circulating above.

For one unlucky tourist, this became a reality – perhaps without the birds – when she was hit by a falling coconut on a beach in Sri Lanka, resulting in a pricey trip to the local hospital. Her medical bill ran into the thousands, but luckily for her, the travel insurance company deemed it accidental and paid out!

The end of a relationship is always difficult, no more so than when it happens on holiday. One cruise ship passenger was so heartbroken by her on-board breakup that she disembarked the ship, catching the next flight home.

Perhaps optimistically, she decided that she would be due a payout on her travel insurance, so she claimed on the grounds of a ‘lost holiday’. Unfortunately for her though, a broken heart was not deemed a good enough reason for her to cut her holiday short, so her insurer didn’t pay out.

There are plenty more fish in the sea - if only she’d stayed on board to find out!

7. Has anybody seen the camera?

Some of the best home videos are those recorded by children. The hysteric laughter, the muffled sounds of digging, the black screen…oh no.

Two children wanted to prevent any potential thieves from stealing their parents’ £600 video camera while they went for a dip in the sea, so they decided to bury it in the sand. The only problem was that they forgot where they buried it!

The kids were saved from a month’s grounding by the travel insurance provider, who thankfully paid out.

If you’re staying within the depths of a rainforest in Malaysia, you should probably expect to run into some of the local wildlife.

One couple in particular needn’t have gone far to look for any Malaysian monkeys, though, as the mischievous primates broke into their lodge and stole their clothes!

Who wore it better? I guess we’ll never know.

One of the main issues that people encounter while travelling abroad is the language barrier. You ordered that burger without cheese, not with extra! You wanted two glasses of wine, not two bottles!

Okay, that last one may not be too much of a problem, but let’s finish our strange insurance claims list with a more serious event that took place.

One lady ran into trouble when she was on holiday in Greece - she was caught in the firing line of a table which intermittently went up in flames!

Unfortunately, she didn’t understand the warnings as they were all in a foreign language and suffered third-degree burns as a result. Now, that's definitely not something Bobatoo would wish on anyone.

Where to get cheap travel insurance quotes

If you want to know more about getting cheap travel insurance to protect you financially in the event of any potential disasters like the ones above, Bobatoo is on hand to help. Simply tap the green button below to receive a non-obligatory quote - cover starts from just under £8!

Where to get cheap travel insurance quotes

If you want to know more about getting cheap travel insurance to protect you financially in the event of any potential disasters like the ones above, Bobatoo is on hand to help. Simply tap the green button below to receive a non-obligatory quote - cover starts from just under £8!

READ MORE: 15 things you might not know about travel insurance