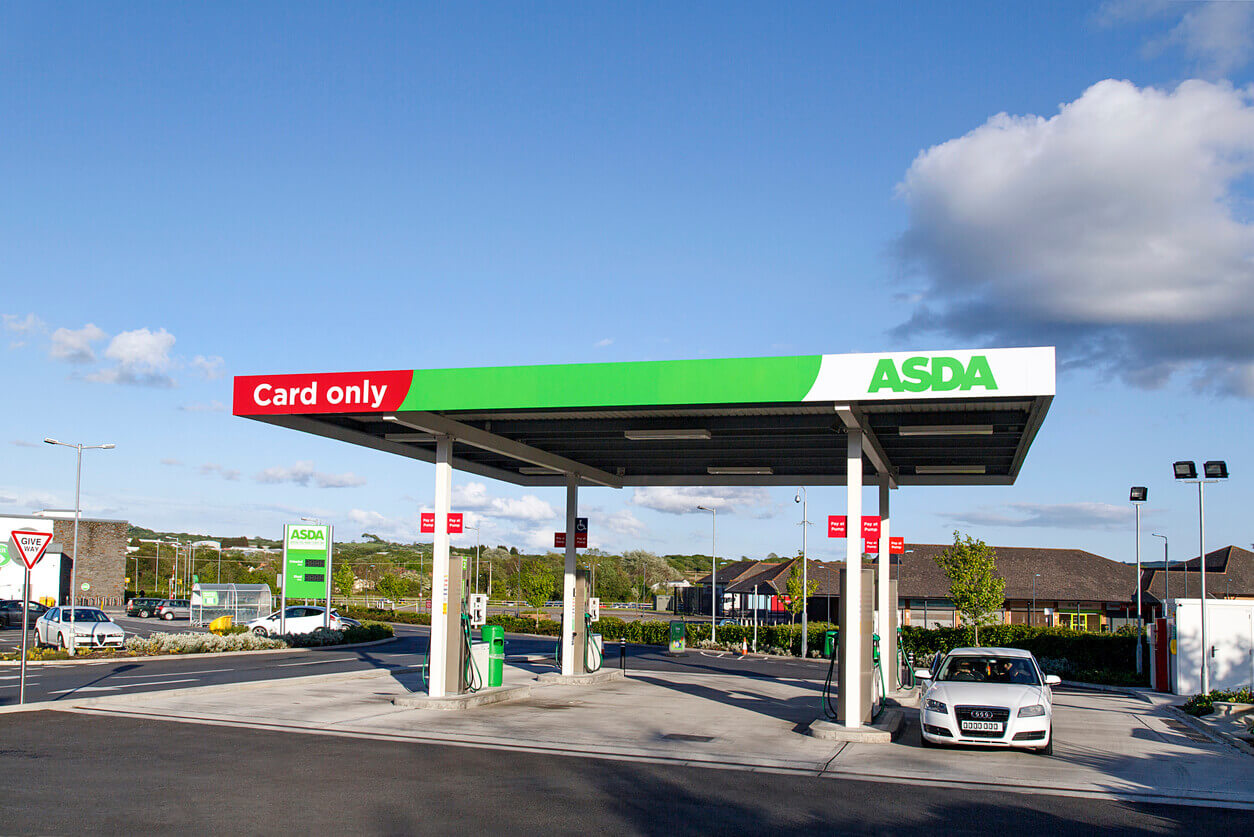 Asda has announced that it will be knocking another 4p off fuel costs, prompting other supermarkets to follow suit.

Asda fuel prices have reached a yearly low, with UK residents being urged to make the most of cut-price petrol and diesel.

Petrol and diesel prices will be cut by 4p and 3p respectively, with the discounted fuel available in 322 Asda fuel stations from Friday, June 14th.

It comes no more than 8 days after Asda announced its last cuts to fuel costs, with a first wave of price cuts announced on June 6th.

Petrol prices at Asda will now be as low as 123.7p per litre in Asda branded refuelling station, while diesel prices will be no more than 124.7p per litre.

The last time that Asda fuel prices were cut, other major supermarkets such as Tesco, Morrisons and Sainsbury’s all followed suit within a number of hours.

Sainsbury’s have already responded to the price cuts, stating that customers will see reduced prices on fuel at their refuelling stations from June 15th – however, they have given no indication as to what prices might be.

The price cuts come at a good time for UK residents with fuel prices having been on the rise for the past 4 months.

The cost of petrol rose by a whopping 5p per litre earlier this year – the steepest increase in 19 years – making petrol a hefty 11p dearer at the start of June, compared to what it was in February.

Despite the price cuts on fuel, people are being warned that they may be short-lived following a surge in oil prices due to a series of tanker explosions in the Middle East earlier this week.

Head of Petrol Trading at Asda, Dave Tyrer, has had this to say:

“We are pleased to once again lead another fuel price cut and to help our customers' hard-earned cash go a little further.

"When filling up at an Asda petrol station you will pay no more than 124.7ppl on diesel and 123.7ppl on unleaded which will be a welcomed boost for the millions of drivers across the country.”

Why have Asda cut fuel prices?

A spokesperson for the supermarket giant has said the price cuts have come as a result of ‘continued decreases in wholesale costs’.

Cheapest fuel near me

You can also use the very handy PetrolPrices.com to check where your cheapest local refuelling station is located by popping in your postcode!