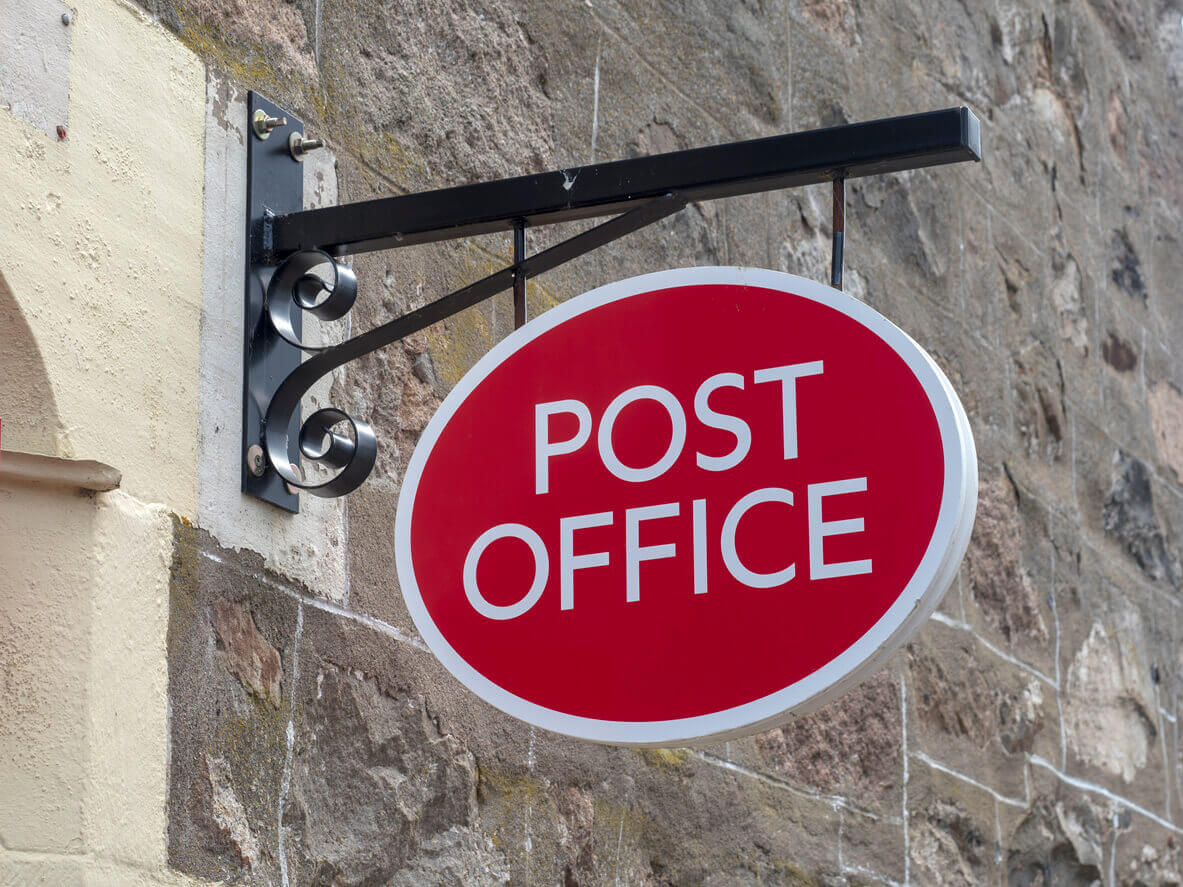 From 8th January 2020, Barclays bank customers will no longer be able to withdraw their funds at the Post Office – and people are far from pleased about the upcoming change.

The Post Office cash withdrawal limit was previously set at a daily rate of £300 for Barclays customers.

The popular bank insists that banking at the Post Office will still be possible, as no other services will be affected – customers will still be able to deposit cash and cheques as well as check their account balance.

An email from Barclays, sent out to all of their customers in October 2019, reads:

No other services at the Post Office will be affected by this change, so you’ll still be able to pay in cash, cheques and check your balance.”

Once the change has been implemented, customers will be forced to travel even further if they wish to withdraw money from their Barclays account – with many insisting that they have already begun searching for a new bank to switch to.

An online petition has also been set up, and has more than 5,000 signatures so far. 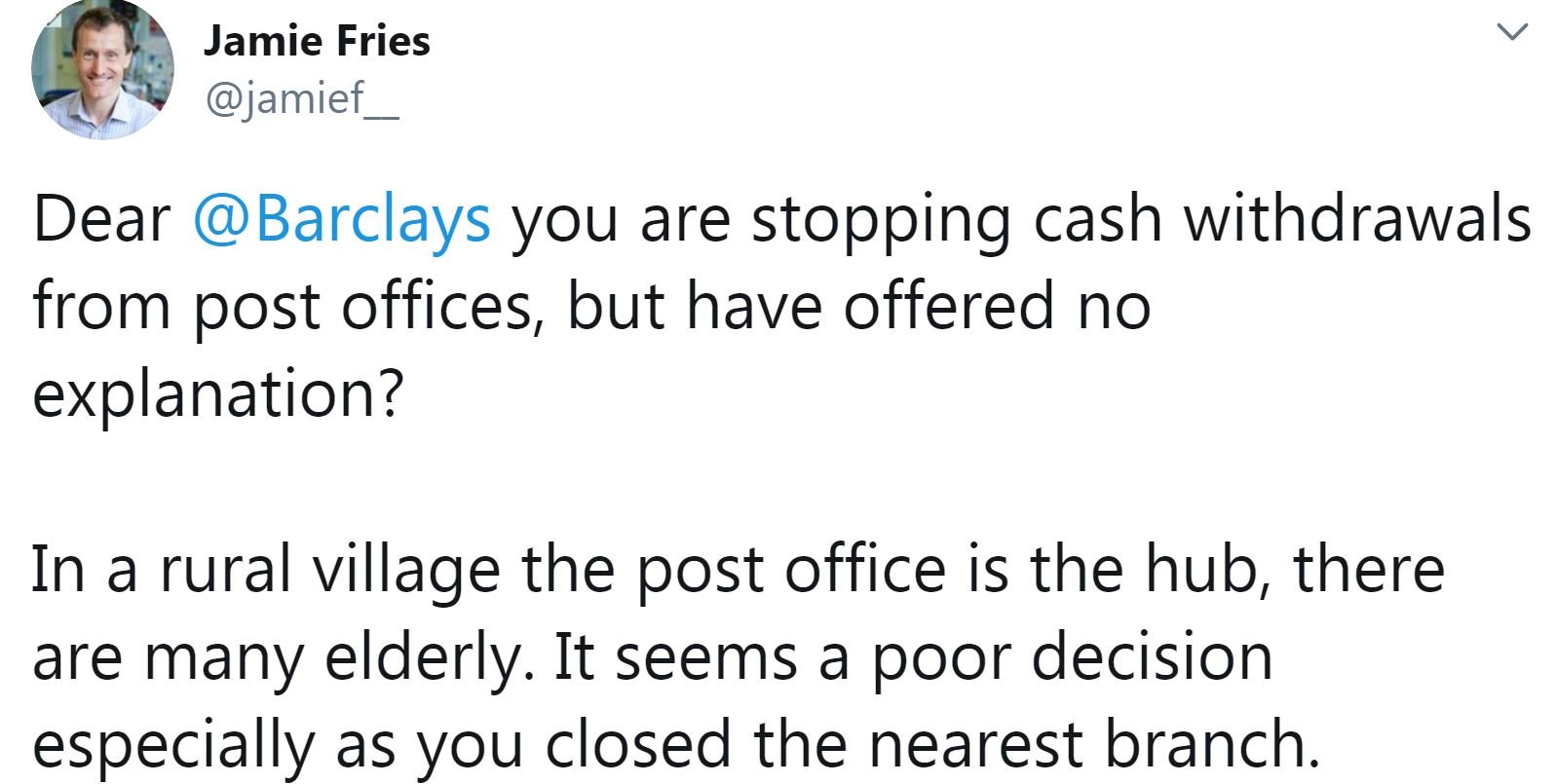 Why is the change being made?

Barclays are believed to be saving just £7million from next year’s changes, compared to the £3.5billion profit made by the bank last year.

The official statement does not suggest why the decision has been made to restrict customers in their ability to withdraw cash, however it is believed to be related to the rise in fees charged by the Post Office to allow a bank’s customers to withdraw cash.

In response to the criticism, bosses at Barclays have identified more than 100 rural bank branches which are guaranteed to remain open for the next two years – these branches are all remotely situated, acting as a “last in town” option for nearby customers.

This promise is a small consolation for customers, most of whom have already been affected by the closure of 481 branches in the past 4 years.

Labour chairman of the Commons Business Committee, Rachel Reeves, has labelled the decision to limit Post Office banking services as “inexcusable”, and is hoping that the outcry from customers “should jolt Barclays into coming to their senses and ensure they do the right thing by performing a rapid U-turn of this policy.”

She continued, stating that “stopping customers accessing their own money from Post Offices is a dreadful move from Barclays and they should read the writing on the wall and reverse their decision”.

A spokesperson for Barclays said: “Our commitment means none of our customers will be without access to cash. Despite removing cash withdrawals, our financial contribution to the Post Office for the banking framework will actually increase in 2020.”

Backlash from MPs who urge Barclays to revoke changes

Since Barclays’ plans to prevent customers from withdrawing cash at the Post Office were announced, over 120 MPs have begun petitioning for the bank to reverse its decision.

Chris Elmore, member of the Welsh Labour Party, is just one of several politicians to have written a letter to Barclays boss Jes Staley, insisting that the upcoming changes would ‘only add to the cash crisis many of the most vulnerable and elderly in our communities are currently facing’.

Speaking in the House of Commons, Jacob Rees-Mogg commended the letter stating that ‘it shows the importance of the issue and concern that there is’, but he could give no guarantee as to whether or not the petition would be successful.

Beyond Members of Parliament, the move has been criticised by industry experts such as Gareth Shaw, head of money at Which?, who agreed that Barclays has shown ‘real disregard to the needs of its customers’ and labelled the changes as ‘reckless’.

He continued to say that the ‘ill-conceived decision’ puts vulnerable customers at risk of being unable to access their cash.

In reaction to the backlash, Barclays have strongly denied that the decision is to do with saving money and insists that they are investing in schemes which will allow their customers to continue receiving access to their cash.

If the upcoming changes to Barclay’s banking services have got you thinking about moving to a different bank, there are a number of accounts which will actually pay you to do so!

Check out our guide on the best bank accounts that offer cashback, interest offers and switching bonuses - find out why switching is easier than ever thanks to the Current Account Switch Service.