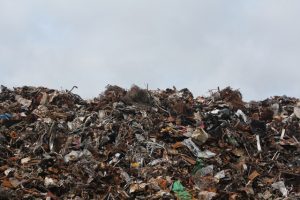 Is it time you sent your old car to the scrap heap?

A car scrappage scheme allows you to trade in your old car and get a discount to buy a new, more fuel efficient model.

The government car scrappage scheme is yet to be fully revealed, but last year most of the major car manufacturers started offering their own discounts when drivers traded-in their old cars.

Manufacturers such as Volkswagen, Audi, Ford, BMW, Mercedes and Vauxhall all now offer a scrappage scheme for motorists looking for a discount on their next car.

Some of the scrappage deals have expired, but there are still plenty on offer in 2019. Find out which car scrappage schemes offer the best deals and discounts below…

A total of 26 car makers offered some form of scrappage scheme / trade-in deal last year, although a lot of them expired and have not yet been renewed for 2019.

There are still many schemes still available which are set to run until the end of March from well-known car brands such as:

Car scrappage schemes are designed to encourage drivers to swap their older cars for greener, more fuel efficient alternatives. However, according to recent research by carwow, UK motorists expect significant discounts if they are to be persuaded to buy ‘cleaner’ cars.

Over half of the respondents to carwow’s survey said they would not consider anything less than a £3,000 discount to buy a ‘greener’ car, with one in six motorists saying they would want a minimum of £7,000.

So with that in mind, how many motorists took advantage of scrappage schemes in 2017?

Vauxhall released statistics last year revealing that over 5,000 people had used their scrappage scheme after just two months of it being available. They also had schemes running in 2015 and 2016 and have said that they have scrapped over 20,000 cars through their various scrappage schemes.

Both Volkswagen and Ford, who offered similar schemes since last summer, have claimed to have scrapped over 15,000 cars for greener Euro 6-compliant car models by the end of last year.

So it’s fair to say that scrappage schemes have proved to be pretty popular over the last few years.

Can I trade-in my old car?

No scrappage scheme is the same, so depending on the manufacturer the type of vehicle you can trade-in and the type of new car you can get will differ.

Just about every scheme only accepts cars that were registered before 2010.

Below we’ve listed which cars each of the manufacturers accept:

Kia: Any DIESEL or PETROL car registered before 31 March 2011

Renault: Any DIESEL or PETROL car (subject to an appraisal of its road-worthy condition at a Renault participating dealer)

Toyota: Any DIESEL or PETROL car registered before 31 December 2009

There can also be other restrictions in place depending on the scrappage scheme. Mitsubishi, Toyota and VW Group brands, for example, will only accept trade-ins from those who have been the registered keeper of the car for at least six months.

Others are more lenient though, with Ford, Kia, Nissan, Hyundai, Renault and Peugeot stipulating that drivers have owned their cars for just 90 days in order to qualify for their scrappage deals. Mazda requests that you own the car for just 60 days before you qualify.

Which new cars can I get a discount on?

As you can probably guess, this also depends on which car manufacturer’s scrappage scheme you go for. We’ve gone through each of them so you can see what new car you could get and when the deal runs out:

Dacia – offer on Sandero and Duster extended until 31 March 2018

Dacia only offer their Sandero and Duster models in their scrappage scheme, and offer relatively small savings of £1,000 off the Duster SUV and £500 off the Sandero supermini.

However, considering the low price of the cars to start with the discounts on offer actually represent a good percentage saving.

Ford offer quite a lot of different petrol and diesel cars in their scrappage scheme, which are all subject to different discount deals.

For example, a new Fiesta can come with a scrappage discount of £2,000, while you can save £4,950 for one of the higher-spec Focus models.

Kia – incentive runs until the end of March 2018

Kia only offers scrappage discounts on its Picanto and Rio models – for which you can get a £2,000 saving along with their attractive seven-year warranty.

Mazda offers discounts on just a select few models, with bigger savings on diesel models – presumably to try and sell their stock of diesel cars quicker.

Mitsubishi are currently offering a £4,000 discount on their most popular hybrid car – the Outlander PHEV. This can then be supplemented with a £2,500 saving via the plug-in car grant to get an attractive £6,500 off of the RRP.

Nissan’s ‘Switch Scheme’ is unique as it allows for scrappage discounts on another used car, rather than just for new cars. This applies to their flagship electric Nissan Leaf, which can come with a discount of up to £2,000.

You can get discounts on new Nissan cars as well including the Micra, Juke, Qashqai and X-Trail – all of which are eligible for a £2,000 saving. Although if you opt for the Acenta trim level on any of them the saving will drop to just £1,000.

With so many car models now under it’s control, this could get a bit complicated so here’s a quick list of all the scrappage discounts available from the French motor giant in 2018:

Renault upgraded its 2017 scrappage scheme to run until the end of March, which only applies if you buy a new SUV.

Any roadworthy car can be traded in, and Renault will boost the part-exchange value by different amounts depending on which car model you want to buy.

If you want a petrol Captur then £250 will be added to the value of your trade-in car, which is increased to £500 if you buy the diesel version.

Toyota – Scrappage scheme only up for grabs until 31 January 2018

It’s not running for much longer, but you can get pretty much any Toyota model in this scheme. Again, discounts will vary depending on the model with just £1,000 off the C-HR SUV and £4,000 off a brand new Land Cruiser 4×4.

The VW Group scrappage scheme offers discounts on a huge range of VW, Seat, Audi and Skoda cars, with deals ranging from £1,500 for the Seat Mii and a huge £8,000 off an Audi Q7 SUV.

The new Polo was added to the scheme in November, which can come with a £2,000 saving if you trade-in your old diesel car.

Which car scrappage scheme is the best value for money?

As Renault‘s isn’t a traditional scrappage scheme it arguably offers the lowest financial appeal, and with the SUV restriction it will likely not appeal to most motorists.

Their sister brand Dacia also doesn’t rate too highly when it comes to their scrappage scheme as they only offer relatively low discounts on just two models. However, £500 off a new car that only costs £6,000 isn’t a terrible deal – as long as you actually want that car in the first place.

The scrappage deal on offer from Kia is also limited to its line of small cars, but again it does offer a decent percentage saving when you take into account the low RRP of their new cars.

Toyota run a competitive scheme, but this is ending very soon and the savings aren’t quite as enticing as some of their rivals.

Mazda have a strong offering, with significant discounts on some popular cars and even bigger savings on diesel models.

Some of the biggest discounts come from VW Group in 2018, although the restriction of only accepting old diesel cars will limit the take-up.

Mitsubishi‘s scheme is also highly attractive, particularly as you can trade-in both petrol and diesel cars and get a big discount on the very popular Outlander PHEV. The only real drawback is that you have to have owned the vehicle for six months.

Hyundai also offer some good discounts in their scrappage and emissions reduction scheme, particularly for their popular Tucson and Santa Fe SUVs.

Nissan‘s scheme was very good, but the 2018 extension has seen a reduction in the discounts they now offer – with a maximum of just £2,000 off.

Perhaps the best scrappage deals come from Ford and the PSA Group stable (Peugeot, Citroen and DS). They will take older diesel and petrol cars as part of the deal and offer some significant savings on very popular cars like the Ford Focus, Peugoet 308 and Citroen C4 Picasso – with no ‘added’ discount for buying a new diesel.