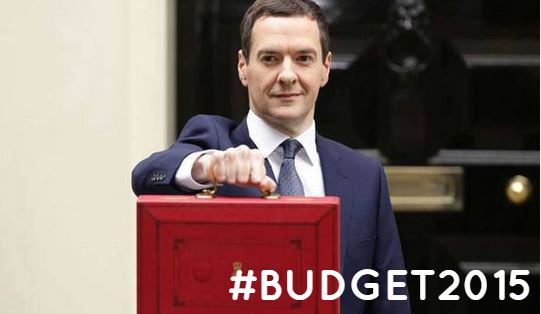 Today has seen the first budget delivered by a solely Conservative government in nearly two decades, as Chancellor of the Exchequer, George Osborne has presided over his debutant all-Conservative financial plan without the collaborative help of the Lib Dems.

The last Tory to present a budget in this capacity was now grandee, Kenneth Clarke in 1996, when he stood on the pavement on Downing Street, arm outstretched and clasping that instantly recognisable red briefcase.

Fast forward some 19 years though and it was in the hands of Osborne to provide the much anticipated money shot, the contents of which in turn will have a fundamental bearing on all our personal finances as well as the collective purse of the country as the UK continues life within its austerity-dictated means for a while longer.

Alternatively dubbed the ‘Summer’ and ‘Emergency’ budget, the former moniker for obvious reasons (weather permitting), the latter because political commentators – who coined the phrase – are acknowledging the close proximity to the last budget, which came in its more traditional March slot a mere four months back; and two months before the Conservative’s victory in the General Election in May this year.

As is par for the course, much of the contents of that otherwise unassuming red suitcase had been leaked in advance. Leaked being another word for pilfered, surely, with the gist of it being official confirmation of much more austerity, including the affirmation of the widely mooted – and hugely unpopular – additional rounds of welfare cuts.

Child tax credits and pension contribution tax relief being among the key bones of political contention according to most of the media outlets circulating the leaked documents ahead of Osborne’s big day.

Elsewhere there was much chit-chat about free TV licences for the over 75s and extended opt in/opt out Sunday opening hours for the retail sector.

But this was all based on supposition and hyperbole until the moment when the truth of the matter emerged from the inner sanctum of ‘that’ red case.

So, now that the much anticipated Summer Budget has been delivered, just what did we learn, and just how will it affect us?

Did it turn up the taxation heat on the ivory tower-dwelling high earners or send a shiver down the spines of those families struggling to make ends meet?

First up and millions of householders and motorists will feel aggrieved (and will be financially worse off in the long run) by news that the Insurance Premium Tax is scheduled to be hiked from its existing 6% to 9.5% as of November 2015.

This will impact insurance policyholders with various mainstream products, from buildings and home contents to motoring, pet and private medical plans, with only travel insurance being excluded on grounds that they are already charged at a higher rate.

And it doesn’t stop there, as there’s further whispers about an increase in admin fees which will add to the woes of great swathes of the British population who have a spectrum of insurance products in place.

The insurance industry ombudsman, the British Insurance Brokers’ Association (BIBA) for its part have quickly voiced its concerns about what it’s labelled a ‘stealth tax’ and which effectively taxes protection.

The industry did however feel more positive with regards to the proposed regulation of claims management companies, which the Chancellor outlined his plans for in his budget speech.

Motorists – historically offered something of a mixed bag – find themselves in the same boat this time around, with money saved on future MOTs (new cars will henceforth not require one until such time as they are 4 years old going forward, as opposed to the existing 3 year legislative measure) and no further movement on fuel duty having been ratified by the Treasury – at least for another 12 month period -representing positive news, being offset with a revision of Vehicle Excise Duty (VED) bands as of April 2017.

From then on many more models than now will be liable for VED, as the government rubber stamp plans to only award vehicles that emit 0g/km of CO2 (theoretically only electric cars) with no road tax charges, whereas right now that beneficiary threshold is 100g/km.

It’s mooted that funds raised from this new taxation system will be ploughed back into a much-needed new roads fund, but only time will tell. And that’s on top of the Insurance Premium Tax (IPT) hikes mentioned earlier which will bring about motor insurance premium rises for the UK’s 19.6 million policyholders.

As Chancellor of the Exchequer lifts lid on potential Pandora’s Box, We ask does he do enough to appease British public?

On the economy, a buoyed Chancellor aims to create another 2 million jobs, and is targeting full employment, as the Office for Budget Responsibility (OBR) forecasts that a further 1 million jobs will manifest in the next 5 years.

On spending, Osborne vows to make savings of £34 billion over the term of this current parliament, stressing that half of this figure will come from slashing the budgets of government departments.

Yet it’s the outstanding £17 billion which is worrying most people in the UK, as the Tories announce that they’ll oversee some £12 billion of welfare cuts.

The remaining £5 billion will be recruited from tax avoidance and loopholes according to the man from the Treasury.

The public sector will not see pay rises beyond 1% until 2019 at the earliest, as this figure is capped, while an additional £8 billion is set aside to be pumped into the ailing NHS as promised in the Tories recent election manifesto.

Meanwhile, and in terms of pay, a new Living Wage – slated to reach £9 per hour by 2020 and compulsory for the over-25s – will initially be set at £7.20 from April 2016, and stewarded by the Low Wage Commission henceforth.

Greeted by a mixed response from critics, including the OBR, who suggest that it will have a ‘fractional’ effect on employment in the UK, and almost offering a detrimental one as they see it, hinting that employers won’t be able to match the living wage expectations resulting in a predicted 60,000 fewer jobs as a result of this legislation.

The benefits system will undergo a shake-up as mentioned above, and with the £12 billion of welfare savings made more money will be freed up to go towards providing greater means for both the elderly and disabled according to Osborne’s maths.

Disability benefit will neither be taxed nor means tested as some people feared, yet 18 – 21-year olds will have their automatic entitlement to housing benefits wrestled away from them unless they agree to ‘earn or learn’.

What’s more, 2017 sees the ushering in of 30 hours free childcare each week (double the current 15) providing that all parents of 3 and 4-year olds work if they are to receive this universal benefit.

The Conservative governments’ welfare reform continues by announcing that residents on higher incomes living in social housing will have to pay what’s considered the market rate for the property they’re living in, whilst rent payments for social housing will see a total cut of 4% over the next 4 years.

One of the headline-grabbing stories from the summer budget is that tax credit and universal credit support will, from April 2017, be restricted to just the first 2 children in any family, however twins and triplets will be the notable exclusions to this new ruling.

Another biggie is the breaking news that buy-to-let landlords will be handed markedly less tax relief on their mortgage interest payments, the shortfall of which could well be passed on to tenants.

So from 2017 buy-to-let mortgage holders will only be able to offset interest accrued against costs at the basic rate of tax, rather than the higher rate as is.

Although a move which won’t necessarily be welcomed with open arms from the UK’s landlords, from a housing market perspective this acknowledges the risks to stability posed by an overheated property market.

Elsewhere pensioners with an income in excess of £150,000 annually will be subjected to reduced tax-free contributions allowances, cut from its present £40,000 to a minimum of £10,000, while Osborne is said to be currently consulting with financial experts on the idea of implementing a new ISA-style pension whereby savers would be bearable to taxation on their incomes put in, but not when withdrawing.

It’s still very much a case of watch this space at the moment though. On a (marginally) lighter summer budget note, it materialised – as widely predicted – that local councils would be given the powers to decide on Sunday trading hours – a decision which didn’t go down well with the Labour Party nor trade unions – while the Tories confirmed rumours that the BBC would pick up the TV licensing tab for all those over the age of 75-years from now on.