Over 60% of Burglaries Happen When Someone is at Home 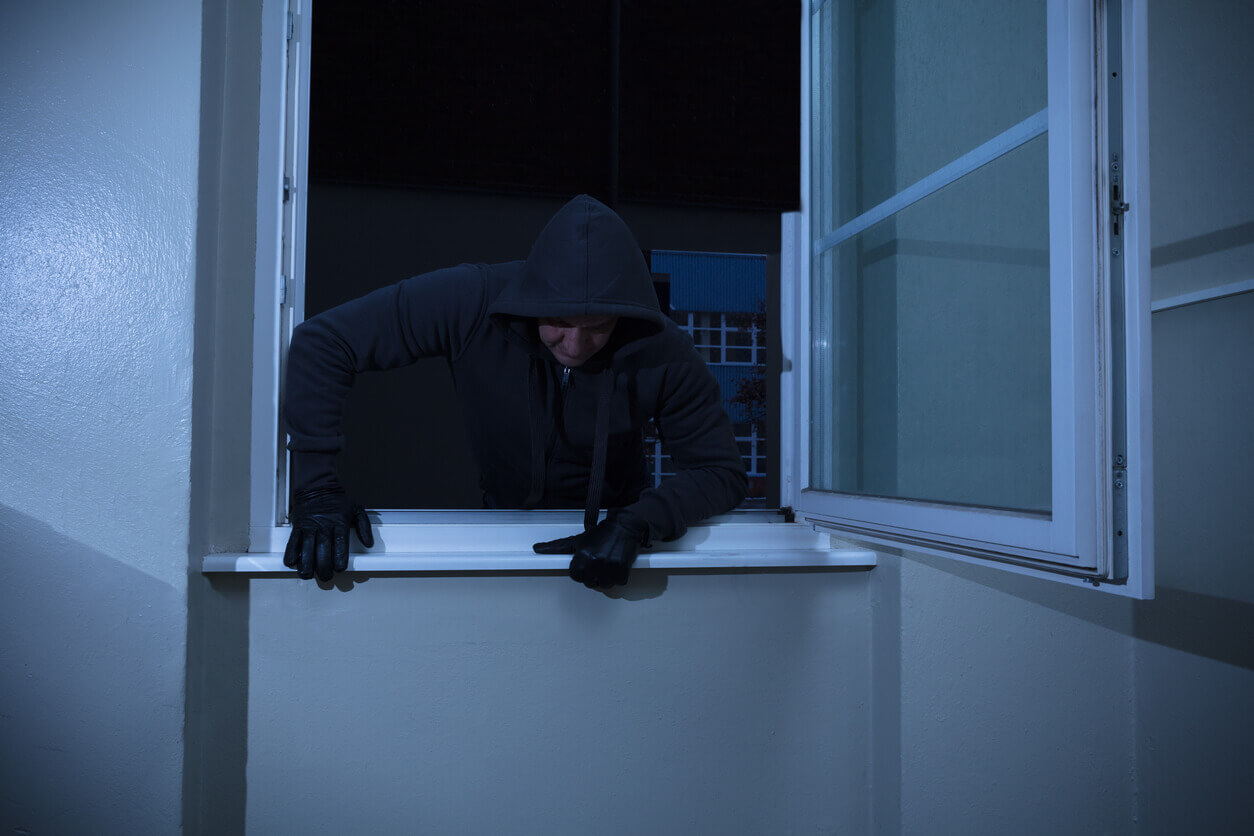 Burglary season is now here, according to the Office for National Statistics (ONS) and Aviva who have recently released new statistics that may encourage more people in the UK to start locking all of their windows and doors regularly – even while they are at home.

In 2010, the ONS reported that 57% of burglaries were happening in homes while someone from the household was there; in 2020, that figure has risen to 64%.

Aviva has also stated that over the last two years, the number of theft claims made on home insurance policies has gone up by 15% during October and November.

One of the main reasons for the spike in burglaries and claims is the fact that residents are leaving their doors and windows unlocked, which could invalidate their policy if they tried making a claim for compensation to cover the cost of damage or stolen items.

Is your home insurance due for renewal? Compare quotes now to see how much you could save:

76% of burglars broke in via doors

You may be guilty of leaving the back door open regularly so that you’ve got easy access to your garage or perhaps you leave the front door unlocked now and again because you feel safe in your neighbourhood, but now is the time to make a conscious effort to ensure your doors are locked while you’re at home (and, of course, while you’re not there) – particularly during these autumn and winter months.

Figures from the ONS show that the majority of break-ins occurred because the burglar accessed a home via a door (76%). With 24% of those burglaries, they discovered that thieves had access to the home because of an unlocked door.

In Aviva’s study, they found that more than 26% of people do not lock their doors while in the house, giving burglars easy-access to their most valued belongings.

Even more surprisingly, they learnt that 37% of burglary victims are still happy to leave their door unlocked, despite having been burgled in the past.

Aviva’s study also revealed that 45% of people living in the UK admitted to leaving windows unlocked while at home, meaning that a lot of people are knowingly leaving their homes open for robbers to take advantage.

Thefts increase during winter, whether you’re home or not

Head of Aviva’s Global Strategy and Insight department, Sarah Applegate, states that “we tend to imagine that burglaries happen when everyone is out, but the unfortunate reality is they can take place at any time, whether we’re home or not.

Most burglaries are opportunistic, so if a door or window is left unlocked, someone can be in and out of a house in just a few seconds […] we may not even be aware of an intruder, until it’s too late.”

Ms Applegate continues to state that Aviva’s “claims data shows that thefts tend to increase during autumn and winter months, so it’s really not worth taking a chance. Simple tasks like locking doors and windows on both homes and outbuildings can significantly reduce the risk of being burgled. We’d urge everyone to get into the habit of locking up, even when at home.”

Can unlocked doors and windows void a home insurance policy?

While it is clear that many Brits are comfortable with leaving their windows and doors unlocked while at home, residents should be aware that they not only risk being burgled, but they could also invalidate their home insurance policy for not taking ‘reasonable care’.

This means that if you contact your insurer to make a theft claim on your policy to cover the costs of either damaged or stolen goods (or both), but there is no proof that the intruder forced their way into your home, they may refuse or reject your claim if they feel that you didn’t take reasonable care to look after your property, so you won’t get any financial support in the form of a payout – you will have to recover all of the costs yourself.

Read more: What can invalidate or void a home insurance policy?

Home insurance renewal – Should you stay with your provider or switch?

If your home insurance renewal date is approaching (contents, buildings or combined), you may want to check with your insurer to make sure that you are fully covered. A lot can change in your home since you took out a policy a year ago, so if the value of your contents has increased or even decreased since you last bought cover, you will want to make sure you aren’t underinsured or paying too much for insurance.

Most home insurance policyholders tend to stay with the same insurer year after year, but many providers will increase the premiums of loyal customers for no reason, and newer customers tend to get offered the most attractive deals.

Industry experts advise that if you want to switch insurers to save money on your next policy, you should start comparing quotes around three to four weeks before your renewal date. You will also need to let your insurer know that you don’t want to stay with them so that they cancel your auto-renewal.

If you’re not sure when your renewal date is, contact your insurer to find out so that you have time to do your research and compare quotes beforehand.

To see how much you could save on cover, simply tap the button to start comparing quotes:

Remember, if you find a cheaper quote for exactly the same cover (or even more cover), it is a good idea to tell your insurer about this to see if they will match it or beat it. If they can then you may want to stay with them, but if not, you’ll be better of switching providers and saving money.