Are car alarms worth it?

Car alarms have recently come under fire from local councils and car owners for failing to combat car theft and causing noise problems. So it’s time to ask, are car alarms even worth it anymore? 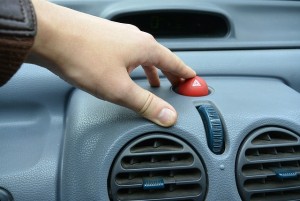 If you live in anywhere approaching an urban area, you are probably all too familiar with the late night/early morning car alarm nuisance.

And it seems this modern-day inconvenience has not gone unnoticed. A recent report by Camden Council claimed the car alarms are “ineffective because most people ignore them”, while a government-backed report from January this year said it couldn’t find a clear link between the use of car alarms and the reduction of vehicle thefts and related crimes.

These are not the only criticisms of car alarms in recent years, as a report commissioned by a New York-based transport organisation concluded that they “cost $400m-$500m (£275m-£345m) a year and their noise “boosts stress hormones and has been linked to cardiovascular disease, gastrointestinal illnesses, psychological problems and unhealthy feotal development in a number of studies over the last 30 years”.

However, not everyone agrees that car alarms are a complete waste of time. The AA officially backs them, claiming that although your neighbours and fellow citizens are unlikely to respond to them, would-be thieves can be put off by the prospect of a sudden and incessant alarm alerting people to their criminal activities.

Car alarms are also known to be a factor in reducing car insurance premiums, as insurance providers welcome an extra level of security to lessen the risk of theft.

While the above points may well be valid, it perhaps could be argued that car alarms currently do more harm than good. The vast majority of alarms that go off are false alarms, caused by leaves being blown onto the car or cats clambering over them, and even when there is a crime taking place the alarm doesn’t have the desired effect as people have simply got used to having to ignore them.

So, if car alarms are a waste of time, what are the best alternatives.

Most security experts – and insurance companies – agree that a combination of car security features is necessary to provide the best anti-theft deterrents.

The most popular and recommended security options include immobilisers as well as GPS tracking systems that let the owner know exactly where the car is at any given time.

As an extension to these systems, there is also a growing trend for ‘silent car alarms’ which alert the owner when a break-in or robbery is taking place without letting the whole neighbourhood know about it.

There’s also the more rudimentary options like a heavy steering wheel lock, which are proven to deter potential car thieves, as well as fuel cut-off switches – effectively a ‘kill switch’ which can literally stop the car thieves in their tracks.