According to the latest figures, motor insurance claims from Brits driving their own cars abroad have risen 160% in the last five years. 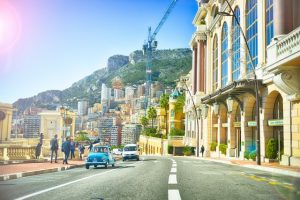 New research from motor insurer Admiral shows that the most common circumstances for making a claim for an accident abroad are if you are a 30-something Londoner, driving a Volkswagen Golf in France.

Where are you most likely to be involved in an accident leading to an insurance claim?

A runaway “winner” in terms of the number of claims made by UK motorists for accidents on their roads in the last five years is, unsurprisingly, our close neighbour, France, with 46 percent of all claims made. A distant second place goes to Germany at 9 percent and the bronze medal goes to Spain, at 7 percent.

The Republic of Ireland, Belgium, Poland and Italy each account for 5 percent of claims made over the last five years.

The data shows that accident claims are on the increase in Spain and Republic of Ireland, and on the decline in Germany whilst remaining consistent elsewhere. In addition to the data above, in 2016 Netherlands and Romania were at three percent each, with Switzerland at two percent.

Who is most likely to be involved in an accident abroad?

An Admiral spokesman said: “Londoners aged 30 to 39 and driving a VW Golf in France are the most likely to have an accident whilst driving overseas.”

The data shows that Londoners and those from the South East are the most likely to make a claim for a motor accident abroad, making up 41 percent of the total claimants (23 and 18 percent respectively).

Most likely to be involved in an accident abroad are BMW drivers at 11 percent, followed by Volkswagen and Audi drivers at nine percent each and then Ford drivers at eight percent.

Car brands most likely to be involved in an accident:


The most common month for overseas motoring accidents is August with approximately 25 percent of claims made during that month, and more than half of the total claims, 51 percent, were the fault of the Brit.

What can I do to avoid having to make a claim abroad?

Lorna Connelly, head of Claims at Admiral has said: ‘Driving abroad is a great way to have the freedom to explore new places, without the cost of flights.

“There’s no reason it shouldn’t be a really enjoyable experience, but just as accidents can happen at home, they can happen abroad too, and different laws and languages can cause additional stress.

“To ensure an accident doesn’t ruin your holiday we’re calling on all drivers to make sure they’re well informed, so if the worst should happen, they are properly prepared.

“You can do this by having the right documentation on you, by being aware of the rules of the road in the country you’re visiting and finally by knowing what to do and where to report details of any accidents.”

What do I do if I am involved in an accident abroad?

Before you even set off there are some things you should do to prepare in case of an accident:

If you are involved in an accident, be sure to do the following: