Concerns are growing about the lack of industry-wide figures for arrears and defaults in the growing car leasing industry. Large numbers of personal contract purchase (PCP) leasing agreements allow customers to hand back their cars if they are unable to pay, which shifts the risk on to lenders. 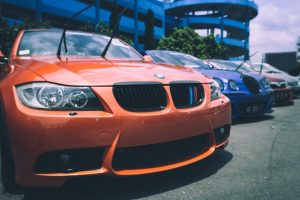 In the UK, over 85% of new cars are now financed using loans, up from just over 50% eight years ago, leading to fears that consumer lending is rising to levels previously seen before the 2008 financial crash. With numbers of new registrations also growing, MPs and charities are now urging car leasers to publish the figures on the numbers of people in arrears and defaulting on their loans.

MPs have said they are concerned about the lack of figures on the level of sub-prime lending to people with poor credit histories or with low incomes – the lack of figures sets the car leasing industry apart from other sectors in the financial services industry and is surely a concern to the Bank of England, the main regulator for the financial services industry.

The Bank of England has expressed its concerns about the rising levels of consumer debt. In its financial stability report the bank said that in the last ten years the total write-offs on consumer credit were ten times higher than on mortgages and will only increase in the case of another economic downturn, making an increase in consumer debt a real risk to the stability of the banking sector.

The bank has been unable to publish figures about car leasing customers in its report or estimate any potential rise in defaults, instead calculating and factoring in the possible hit of a 20% fall in car prices following an economic downturn which would result in customers handing their cars back.

This is despite concerns amongst industry experts that a bigger fall is possible – meaning that the £11bn it has forced high street lenders to put aside to protect against a rise in defaults may not fully account for defaults possible in the car leasing industry.

The Finance & Leasing Association (FLA), the industry leasing body, has never collected data on arrears and defaults using a standard measure that would allow for parliamentary or charity scrutiny on the management of risk in the industry, but in response to the concerns has said that its members only lend to customers who are able to pay.

“Household debt is back at levels seen just before the financial crash. That should send a chill down the spine of the Bank of England and Treasury. In 2008, sub-prime mortgages were a big problem – missed by policymakers. Today it’s car loans and other forms of consumer credit that are accelerating. Car companies are vulnerable to bad debt and defaults while buyers are racking up debt that may well turn out to be unaffordable.”

Reeves, who is a former shadow Treasury minister and is in the running to be the next business select committee chair, went on to say:

“The Bank of England needs to better understand this growing sector and the risk it poses to the wider economy – including collecting the data, publishing it and making sure car-finance is well regulated and not the gathering storm that many fear.”

The head of motor finance at the FLA, Adrian Dally, has said its members “provide the information the regulators ask for and are obviously of sufficient confidence that they have the data they need.”

Another MP, the Tory MP for Weston, Worle and The Villages, John Penrose has also joined the argument, saying:

“Risk managers say the risk that kills you is the one you didn’t spot.

“The 2008 banking crash started because asset prices got out of control without anyone noticing, and we can’t let the same thing happen here.

“Unless we have pitiless transparency in the car loans market, with industry standards to measure and report the risks in this fast-growing area, we won’t be able to spot problems in advance, or fix them before customers or banks get hurt. The finance industry has a great opportunity to show it can be responsible here, and that prevention is better than cure.”

Prestige car leasing – how it can work out cheaper than buying

Car finance calculator – how much can you borrow?