As storms run rampant across the UK, thousands are hoping that they are covered by their home insurance policy 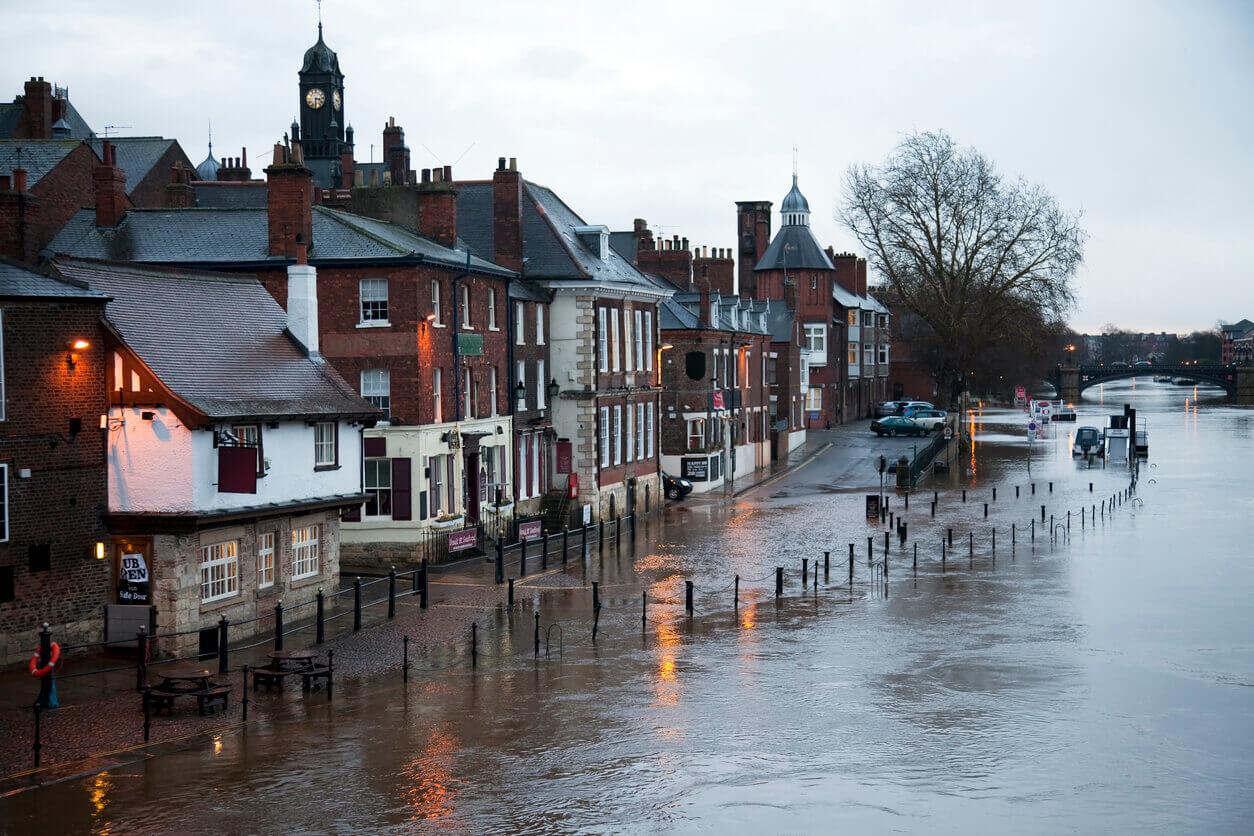 Heavy downpours up and down the country have caused rivers to burst their banks and towns to become completely flooded. Such is the rarity of this freak weather that many homeowners are understandably unsure what to do and don’t know where they stand when it comes to making a home insurance claim.

If you have been affected by the recent torrential weather, here are some useful tips regarding home insurance and whether or not flood and storm damage is covered.

The definition of a flood for insurance purposes (UK)

According to insurance company, Swinton, flood damage is ‘caused by events outside of the home, such as a river bursting its banks, or seawater coming over coastal defences’.

In the event of a storm, like Storm Ciara or Storm Dennis, who pays for flood damage?

The good news is that the majority of buildings insurance providers do cover their policyholders for storms and flooding as standard, financially protecting the structure of the building and covering any potential rebuild and repair costs if you ever need to make a flood damage insurance claim.

What if I live in a high-risk area?

Insurers are not able to refuse home insurance for people in high-risk areas where the government funds flood defence. However, they can (and often do) charge significantly more.

To aid those living in flood-prone areas, the UK government introduced a scheme known as ‘Flood Re’ in April 2016. The Flood Re scheme helps homeowners to find cheaper flood insurance by reducing the amount that insurers have to pay in the event of a claim related to flood damage.

There is a range of mainstream home insurance providers that offer affordable cover for those in high-risk flood areas, including:

A standard buildings insurance policy covers the cost of:

A contents insurance policy will also cover the costs associated with flood damage, replacing any damaged property held within your home up to the limit determined on your policy.

Policies differ from provider to provider, so it is important to read your policy terms so that you know exactly what you are covered for.

How to make an insurance claim for flood damage

If you need to make a home insurance claim following flood damage, you should do so as soon as reasonably possible, as some companies require policyholders to claim within a certain time frame after the event.

The longer you wait to make a claim, the more likely it is that the cost of repairs will rise – in some cases, this could exceed your claim limit, leaving you with thousands of pounds worth of damage to pay for out of your own pocket.

When making a claim, you should expect to be asked to provide:

It is always worth having the contact details of tradesmen you can trust.

If the damage does not make your home inhabitable but requires urgent repair, arrange for a qualified builder, electrician or plumber to have a look at the damage and try to rectify it.

Request a receipt from the tradesman to make sure that any costs can be reimbursed by your insurer (just ensure you inform your insurer first).

You can search for trustworthy tradesmen online with builder review websites like MyBuilder and Checkatrade.

As well as providing cover for water-related incidents, home insurance policies will also often pay out for storm damage insurance claims. The most common claims include:

What is not covered by home insurance?

In many cases, insurance providers will not provide storm protection cover for damage caused to exterior fences, gates, sheds, hedges and plants in the event of a storm, unless specific cover is taken out – this is because, unlike your home itself, your garden is far more exposed and therefore more likely to become damaged in adverse weather conditions.

Home insurance policies generally define a storm as having strong winds over 54 MPH that might also involve heavy rain, snow or sleet. It is important to note that your provider will likely not pay out for damage caused by wind, rain or snow unless it was caused by a storm.

Of course, the recent wide-spread chaos in the UK is largely down to the effects of Storm Ciara and Storm Dennis, with one unfortunate policyholder being told that her home insurance would not pay out for the damage sustained by her home.

As reported by The Sun, this was because her buildings and contents insurance policy included small print, which insisted that she was covered against any structural damage caused by flooding, but not any damaged contents.

When taking out a home insurance policy, be sure that you read its terms and conditions in great detail – failing to do so could end up costing you thousands in the long-run. If the price seems too good to be true, it probably is!

Home insurance you can trust with Bobatoo

If you’re looking to take out a home insurance policy to protect yourself and your home against any inevitable future storms, you can get a quote here.

Ensure that both your home and your contents are covered in the event of a storm or heavy rainfall by getting an affordable policy today!