Does home insurance include boiler cover as standard? 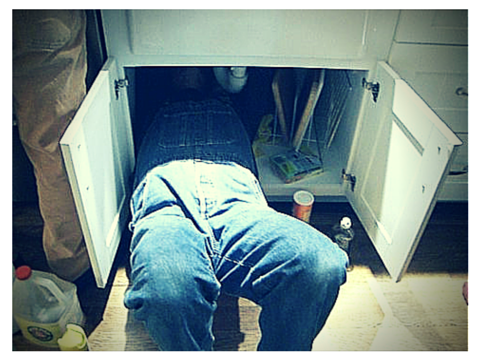 Picture the scene. It’s December, it’s freezing outside but no matter, as the central heating has just automatically switched itself on in your house. You’ve removed your coat, woolly hat, scarf and gloves and started preparing dinner, instructing your partner to take over this task while you disappear upstairs to run a pre-dinner bath. You’ve just enough time before your favourite soap opera is set to start by which time your dinner will be ready to serve up. What could possibly spoil your relaxing evening planned?

Cue your central heating-controlled boiler suddenly making a series of strange noises and proceeding to voluntarily switch itself off, followed by the temperature starting to dip in the house. Although not an Armageddon-style scenario panning out, anyone would agree that it’s not ideal either. So what do you do?

Well there’s two options available to you here. If you’ve not sought to arrange a dedicated add-on or standalone boiler insurance policy on your existing home insurance policy, then at this point you begin to worry, knowing that:

1. You’re going to have to try and call out a random tradesperson to come and take a look at the boiler/central heating system tonight, and

Indeed, if it can be resolved this evening. However if you’ve had the foresight to arrange a dedicated add-on or standalone boiler insurance policy to your existing home insurance policy, then you take deep breaths and slowly begin to relax, knowing that:

1. All you need to do is contact said home insurance provider and let them (calmly) know what’s happened, so that they can quickly organise a tradesperson to come round to your (increasingly colder) house to try and resolve the unpredicted issue, and

2. it will be covered by said home insurance policy agreement, meaning that you don’t have to stump up and can instead concentrate on sourcing some chunky, cable-knit sweaters in the meantime while you wait for the front door to ring.

And all this is because, essentially (and more explicitly in answer to the question posed in the title), home insurance policies rarely (if at all) include boiler cover as standard these days; which means the ball’s in your court to provide an alternative to an as yet un-materialised problem. Knowing that if and when your boiler does decide to pack up, you have the contingency plans in place to save time, trouble and money.

You see as far as most home insurance companies are concerned boiler breakdowns happen all too often to incorporate this eventuality in a standard policy, especially during the winter months when they’re on the receiving end of continual wear and tear by folk keen to stave off hypothermia within the confines of their home as temperatures plummet.

For the most part boiler issues tend to be the legacy of poor maintenance and irregular servicing intervals. Not only are boiler catastrophes a common occurrence, but also an expensive one at that. Again, a fact not overlooked by home insurance providers. Were you aware that fixing a boiler costs over £300 on average? Probably not. But according to experts they are, hence why insurers aren’t prepared to pay out ad infinitum on a high risk situation.

So, where does this leave you? Well, the homeowner/home insurance policyholder is left with the two clear options: they can choose to either plump for ‘emergency home cover’ or elect to purchase a ‘standalone’ policy. As opposed to just ignoring it and burying your head in the sand and hoping the day never comes.

Looking at the first option in more detail and emergency home cover is a widely-recognised  ‘add-on’ feature of a standard home insurance policy and can be figured into a conventional example for as little as an extra £5 per month on your premium; yet on average costing no more than £100 annually. Alternatively the second option is to bag yourself a standalone boiler insurance plan, which again can be underwritten by your existing home insurance provider or sought elsewhere; however this is routinely the more expensive choice.

But then this isn’t the end of the story, as unfortunately there are catches to stay vigilant for. Based on the type of policy you go with, they mostly safeguard boiler repairs, parts and labour charges, unlimited cover and claims throughout the year, along with annual boiler inspections.

In addition to this you can sign-up for cover add-ons which protect your entire central heating system, enveloping radiator and pipework damage. But of course, none of this comes cheap. So far, so good though. Yet, it’s the spectre of those dreaded (and largely inescapable) insurance exclusions that you have to keep a keen eye out for, and trust us when we say that boiler insurance plans are no exception. Most note-worthy amongst the ‘popular’ exclusions are being covered up to a certain cost, with capping a prominent feature on many policies. Despite insurers promoting a rapid response service in emergency situations, they typically cap the maximum pay-out for call out charges at a certain sum too; ordinarily somewhere between £500 and £1,000.

Likewise, cover might also extend to merely the first few hours of labour time, whilst a significant number of boiler insurance plans won’t touch a system that’s over 15-years old. Maintaining that particular thread, and those boilers in advance of 7-years will require an inspection beforehand, plus don’t be caught out by the September to April stipulations. This effectively means that the cover won’t apply in any way, shape or form should you experience any difficulties (or need your system inspected) from the months of May to August.

Although by no means a negative, it’s worth bearing in mind that one of the conditions of an extra policy such as this would be compliance with regular boiler servicing, which if you fail to comply with could effectively render any plan of this nature null and void.

Also don’t forget that your idea of what constitutes an emergency situation might differ from the official insurance line on this. For instance, although cover will provide you with a 24-hour, 365-days a year helpline should something go wrong with your boiler at any time of day or night, levels of ‘urgency’ will vary according to the provider. Whilst an exploding boiler and/or water pumping out across (and subsequently flooding) your kitchen is justifiable cause for immediate concern, by a similar token the fact that your boiler being unable to heat up your water for a couple of hours might not be greeted with the same sort of fervour.

Finally, there’s always the option of flying solo when it comes to protecting your boiler, in as much as ignoring the more considered insurance product route and instead deciding to go it alone. There’s the counter argument presented by some that it could, potentially cost you less NOT securing your boiler within a home insurance policy of any definition or intended purpose.

The theory being that as long as you find yourself a good (preferably CORGI-registered, Gas Safe-acknowledged) plumber to have at hand and ensure that your boiler is serviced annually (roughly costing £62 per year) then you’ll be able to nip any problems in the bud before they develop and the prices start escalating. In this case it’s all about being proactive rather than reactive, and that always begins with paying due care and attention to your boiler. And in terms of keeping costs to a minimum, think about scheduling a boiler service during the summer months, when prices are habitually cheaper. Plus that way you know everything’s in good order ahead of the winter.