It’s been widely reported in recent days that an increased number of motorists are being apprehended, arrested and subsequently convicted for driving vehicles whilst under the influence of drugs.

Highlighting the latest figures regarding arrests relating to drug-driving incidents released by the Cheshire Police force, the Department for Transport has borrowed these stats to reveal that drivers arrested under the suspicion of drug-driving had shot up by a whopping 800% in the space of a single year.

Citing the Cheshire force’s records, those charged for having drugs in their system while being behind the wheel soared from 70 official cases during the previous 12 month period to a staggering 530 the following one.

The government has admitted that a hike in drug-driver arrests and eventual convictions has seemingly coincided with the ushering in of recent new legislation, which was drafted and put into practice in England and Wales in 2015; and which outlined new legal driving limits in accordance with 17 drugs which covered both illegal and prescription products. 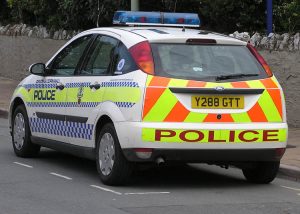 Since the law was passed in March last year, Police forces have no longer had to provide circumstantial evidence to prove that a suspected drug-driver’s ability to control the vehicle was impaired by the use of a drug when attempting to bring a case against an accused party; instead prosecution could hinge on whether or not the driver had traces of any of the 17 substances in their blood stream on or immediately after arrest.

As a direct result of this new law being ratified and acted upon over the past 12 months, the government has handed police forces an additional £1 million to train officers, purchase drug screening equipment and pay for samples to be analysed.

The new legislation empowers the police to conduct swab tests there and then on the roadside, to establish if the driver has any traces of cannabis or cocaine. With regards to determining if any other drugs are present in the accused’s body at that time – and which are included in the list – then further tests are carried out at a police station. Providing that those drivers who are currently prescribed drugs such as morphine and methadone by their GPs are within recommended levels, then they will escape punishment.

The DfT has also confirmed of late that of the 1,888 drug screening tests police forces across the UK undertook over last Christmas, almost 50% manifested a positive result.

Speaking on this very subject, the government’s Road Safety Minister Andrew Jones said; “Thanks to our tougher law, police are catching and convicting more dangerous drivers,” and went on to add; “The government will continue to stand shoulder-to-shoulder with police as they work tirelessly to protect the public while recognising enforcement alone is not the answer.”

Echoing this message, Cheshire Chief Constable Simon Byrne admits that his officers have adopted what he referred to as a “No nonsense approach” to clampdown on criminals think they can get away with drug-driving.

Other voices of approval came from the AA, whose President, Edmund King told the BBC; “Drug-driving is often the hidden killer on UK roads. We need to make it as anti-social as drink-driving. The new law and greater enforcement will help achieve this.” Meanwhile, the motoring organisation’s latest survey supported this general stance, by way of 88% out of over 26,000 drivers polled getting behind the new laws which have been introduced.

From a motor insurance perspective, receiving a conviction for driving under the influence of drugs results is the same sort of punishment for those guilty of drink-driving; in as much as your existing car insurance policy would be invalidated. What’s more, policyholders would find it almost impossible – or if not, prohibitively expensive in terms of premium quotes – to be re-insured thereafter. And that’s together with a minimum 1 year driving ban, a fine of up to £5,000, a criminal record and potentially a prison sentence. And as pointed out above, even the use of over the counter medications whilst driving could potentially see motorists facing prosecution if the level self-administered is deemed to have significantly impaired the driver’s ability.

The best advice would be to seek confirmation from your GP as to whether you are safe to drive whilst taking certain products, the types of which are listed below. The law, with reference to both illicit drugs and prescribed drugs with limits, is as follows;

Prescription drugs with limits include use of; Clonazepam, Diazepam, Flunitrazepam, Lorazepam, Methadone, Morphine, Oxazepam and Temazepam.

Illicit drugs with limits include use of; Benzoylecgonine, Cocaine, Cannabis and cannabinol, Ketamine, LSD, Methylamphetamine, MDMA – ecstasy and Heroin and diamorphine.