It is hoped that the scheme will help the government to reach its ‘zero emissions’ target by 2050. 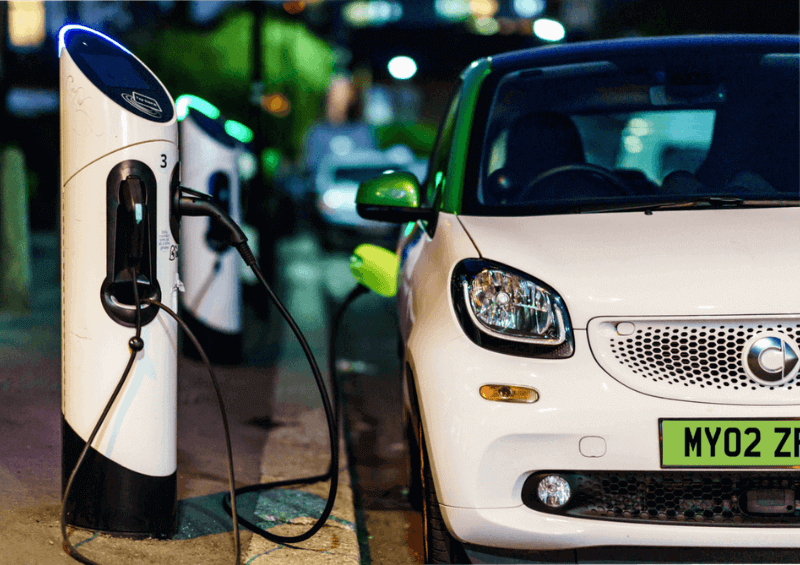 It’s not always easy to identify the difference between an electric vehicle and one that is powered by petrol or diesel, but that could be about to change as the government propose a new ‘green number plate’ initiative, aimed towards increasing the take-up of zero-emission cars.

If plans go ahead, all electric-only vehicles will have new, green number plates on both the front and rear bumper, in the hope that it will encourage local authorities to provide drivers of EVs with perks such as cheaper parking and the right to drive in bus lanes.

The news comes just months after the UK Department of Transport announced that they would be looking to invest heavily into electric car charging points in the UK.

The proposed changes are still in their infant stages and the government will be consulting both the public and industry professionals for their opinions on how the scheme could be implemented.

What electric cars are available in the UK?

Despite just 5.5% of new car registrations being electric vehicles in 2019 there are plenty available, with the Nissan Leaf, BMW i3 and Renault Zoe being three of the most popular choices.

A lack of electric car charging points and the absence of many affordable electric alternatives to the ones mentioned above are just a couple of reasons why the sales of electric cars are still so heavily outsold by petrol and diesel models, with European environmental organisation, Friends of the Earth, claiming that changes would not occur without improved financial incentives.

It is for that reason that part of the proposal is to allow electric vehicles to take advantage of cheaper parking facilities and reduced commuting times, with complete access to the UK’s bus lanes.

This has been ridiculed by a spokesperson of the trade body for the coach and bus industry, CPT UK, who suggested that the infrastructure for buses is ‘already severely strained and in need of significant investment’. They continued to insist that, while allowing EV drivers to utilise bus lanes might help the environment in the short-term, increased congestion would ‘drive people off the bus and back into the cars, the vast majority of which are not electric.’

Is it cheaper to buy an electric car?

So, do you really save money with an electric car? While cheap electric cars can seem hard to come by, the savings in fuel could potentially reach thousands of pounds every year – your savings will depend almost entirely on how often (and how far) you drive.

Despite the proposed scheme clearly aimed at improving life for EV drivers, Head of Roads at RAC, Nicholas Lyes, has raised concerns that the green number plates could ‘foster resentment among existing drivers of petrol and diesel vehicles’.

Campaigner for Friends of the Earth, Jenny Bates, has instead encouraged government officials to consider a national scrappage scheme, insisting that it would ‘help fund a switch to a cleaner vehicle or greener transport alternative’.

When asked whether or not they’d be pleased with the changes, one regular EV driver said that the ability to use bus lanes would be ‘a huge plus’ and ‘would probably half [their] commute time and would be a real incentive’ to drive an electric vehicle.

The idea has also been praised by Transport Secretary Grant Chapps, who said that the UK was at the forefront of worldwide efforts to reduce vehicle emissions, stating that ‘green number plates are a really positive and exciting way to help everyone recognise the increasing number of electric vehicles on our roads’.

What do you think?

At Bobatoo, we want to know your opinion on whether electric car drivers should be able to use bus lanes and pay less for their parking – is it a good idea; or will it just frustrate other motorists on the road?

You can let us know your thoughts by heading over to Bobatoo’s Facebook page, where you’ll also be able to keep up-to-date with all of our latest blogs, guides and competitions.