New data from the Society of Motor Manufacturers and Traders (SMMT) shows there are more female car owners than ever before – despite many women saying they feel excluded by the motor industry. 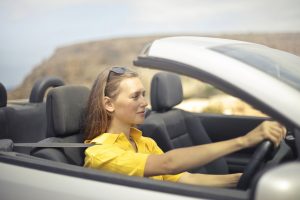 New figures released this week show that female car ownership is at an all time high.

At the end of last year, 11.8 women were registered owners of vehicles in the UK – an increase of 21% compared with 2017, according to the Society of Motor Manufacturers and Traders.

With car ownership among men only rising by 10% in that period, it means female car ownership has increased twice as fast as male ownership – despite many women previously stating that they feel alienated and under-represented by the motor industry.

A survey carried out last year by the Daily Mail found that when a couple made a decision about buying a new car, in 90% of cases women were jointly or solely responsible for the choosing the car the couple purchases. However, despite being influential in the buying process, less than a third of women said they felt car advertising was aimed at them.

In contrast, 46% of men said they believed car advertisements succeeded in communicating a message to them as customers.

Also, the female survey respondents said that they generally felt less represented by the motor industry than men did – and even the men agreed that car manufacturers geared their advertising campaigns towards them more than to women.

Women also said they had issues with the buying process itself, with women more likely to find the experience of visiting a car dealership daunting. Only 22% of women said they felt confident when going to buy a new car, compared to 42% of men.

The data released by the SMMT also highlighted some other interesting information about how vehicle ownership in the UK is changing. For instance, the amount of automatic cars purchased has increased by 71% in the past 10 years, with a wider selection of brands and models being bought than ever before.

Could car insurance costs be behind the increase of female car owners?

While car insurance companies are not allowed to use a driver’s gender when calculating premiums, recent research has shown that men still pay a lot more than women for car insurance.

Despite the cost of car insurance falling recently for the first time in three years, men still pay an average of £95 per year more than women. This is because men tend to drive more powerful and more expensive cars, and also tend to have more motoring convictions than women.

Car insurance doesn’t have to be so expensive for young drivers though, as there are many things you can do to bring those policy costs down.