The airline has warned customers not to travel to the airport unless they have arranged alternative travel. 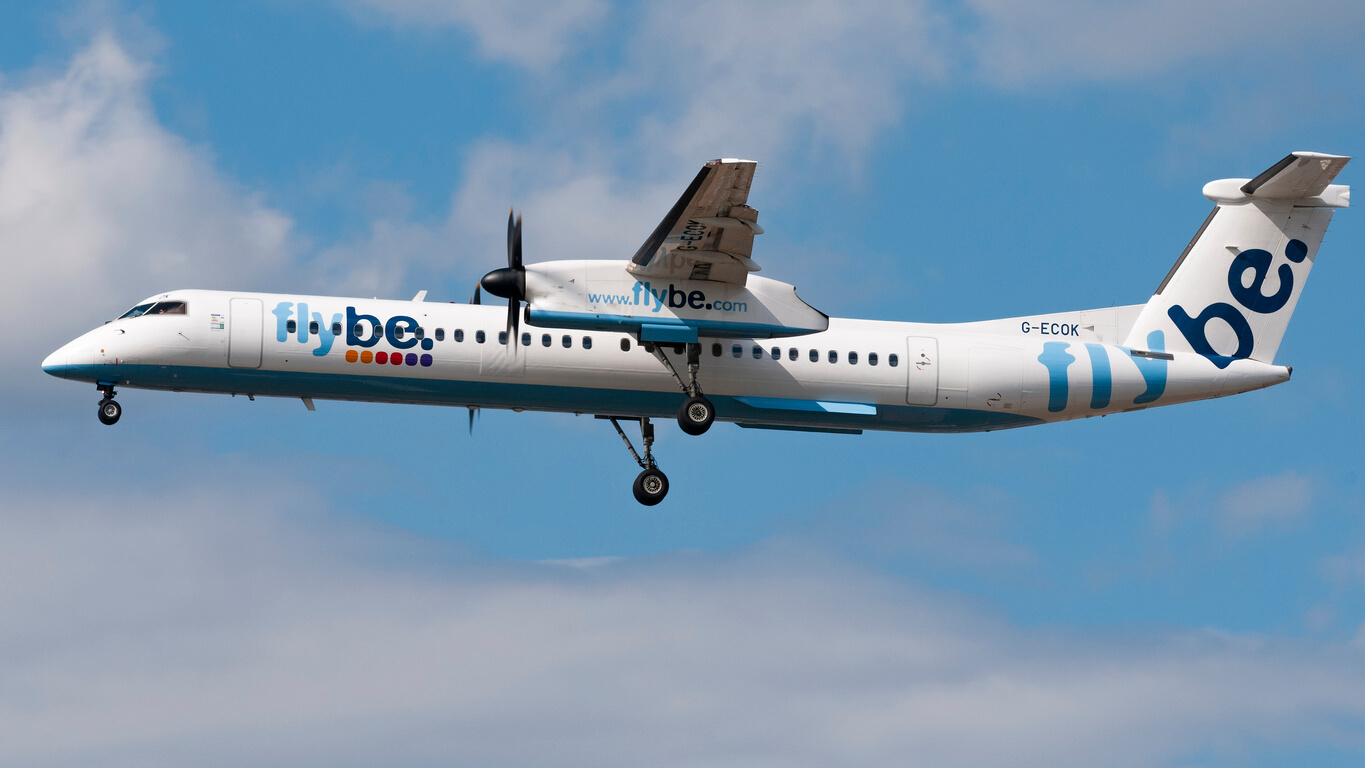 British airline Flybe, once the largest independent regional airline in Europe, has ceased operations and filed for administration “having failed to find a feasible solution to allow us to keep trading”, CEO Mark Anderson has said.

In a letter to more than 2,000 members of staff now left without a job, he added:

"I am very sorry that we have not been able to secure the funding needed to continue to deliver our turnaround.

"We are working closely with industry to minimise any disruption to routes operated by Flybe, including by looking urgently at how routes not already covered by other airlines can be re-established by the industry. "

Having narrowly avoided the same outcome in January, the emergence of the coronavirus (COVID-19) and the impact it has already had on the travel industry proved to be the final straw for Flybe.

The spread of the disease has understandably put potential customers off the idea of flying, and after failed rescue talks at the end of February, the firm touched down for the last time in the early hours of Thursday, March 5th.

READ MORE: What to Do if Your Airline Goes Bust

I have a flight booked with Flybe – what should I do?

If you have a future flight booked with Flybe, you should avoid travelling to the airport and acknowledge that the flight has now been cancelled – unless you have alternative travel booked, nobody at the airport will be able to help.

The only alternative you have is to book another flight.

The Department for Transport has said that it has requested that bus and train firms accept Flybe tickets for travel, while other alternatives have already been announced.

Will I receive a refund?

Unlike many customers in the recent Thomas Cook collapse who purchased packaged holidays, you are unlikely to receive a refund from the airline for your separately booked flights – this is because flights are not ATOL protected.

Instead, customers should look at claiming a refund from their credit card provider (if paid on credit card), or a relevant travel insurance policy, but only if it includes airline failure cover.

If you booked a package holiday through a travel agent or third party holiday provider, you might be covered, so be sure to get in touch with them to find out more.

What about my accommodation?

If you booked your accommodation separately to your flights, it is unlikely that you will receive a refund.

Your best bet is to contact the host directly to explain the situation. Some may have policies in place to refund customers in the case of airline failure, while others might be flexible and allow you to switch your date of travel.

READ MORE: Is The Coronavirus Covered By Travel Insurance?

Will my travel insurance company pay out for cancelled flights?

In the case of Flybe, this will very much depend on whether or not you purchased an adequate level of cover.

According to the BBC, less than 50% of travel insurance policies include ‘airline failure cover’ as standard, while a further 9% allow policyholders to purchase it as an optional extra.

42% of policies do not include this level of cover, meaning policyholders will not be successful in any claims they make.

If your policy does include airline failure cover, there is a chance that your insurer might find you a replacement flight with another airline – this is a great option, as flights tend to increase in price following the collapse of a competitor, as airlines try to capitalise on the spike in demand.

If you purchased your flights on credit card (or paid at least £100 towards the purchase using one) then you should be able to claim for a refund from your credit card provider under section 75 of the Consumer Credit Act.

If your flight(s) did not cost more than £100, customers can still attempt to claim under what is known as the ‘chargeback’ system; however, in this case, providers are not legally obliged to issue a refund.

He continued, "The government has to answer how those vital links will be maintained following Flybe's collapse. Communities will be concerned about what this will mean for their local economies and the Secretary of State has to come up with answers to these questions as a matter of urgency.”

On the subject of the coronavirus, meanwhile, investment bank Goldman Sachs has warned that the disease is likely to leave the UK on the ‘brink of recession’, with the country likely to face “a substantial hit” in the coming months.