When you look around your home you may not necessarily see your humble tumble dryer  as the appliance most likely to cause widespread damage to your property, as typically we tend to view an iron (when left on and unattended, obviously), an oven (and more specifically hobs which are used to fry chips on) and the largely unseen spectre of gas itself as potentially representing the greatest fire hazards.

Yet in recent times it’s emerged that the seemingly inoffensive looking square white box (also comes in other exterior finishes) that often sits, unassumingly in the corner of a the kitchen, outhouse or garage poses a huge threat; and if evidence was needed to prove this, tumble dryers have been cited in numerous accident damage reports as the root cause of resultant house fires.

As various well-documented stories go, one of the main problems lie with specific Indesit, Creda and Hotpoint tumble dryers, where it’s been discovered that filters can touch the machine’s heating element and spark, subsequently leading to the appliance going up in smoke. And more worryingly, anything and everything combustible in the vicinity of the dryer.

The thing is some home and contents insurance policy providers have wised up to this and are now making moves to effectively exclude tumble dryer-triggered fire damage on householders’ cover.

A significant amount of home and contents policies include a clause in the T’s & C’s which in some instances clearly states that they (the provider) excludes cover for certain appliances found within most homes on the grounds that they have proven to be a potential risk. 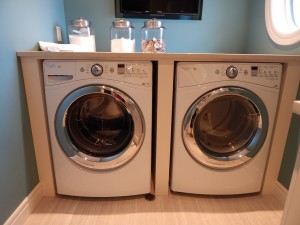 Concerned owners of tumble dryers have now begun contacting their household policy insurers to establish just where they stand on the issue of these machines catching fire in such a manner, and more importantly whether or not their existing annual agreement covers this potential eventuality.

As it happens a lot of insurers are admitting to their policyholders that tumble dryers are NOT covered should this scenario unfold and back up their stance on this issue by drawing people’s attention to the underlying fact that insurance – for all intents and purpose – is in the business of insuring people, products, situations against what the industry refers to as ‘unforeseen risks’. Thereafter quickly emphasising that for the most part these tumble dryer incidents can no longer be classed as unpredicted events due to the increased number of reported incidents whereby a house fire has ensued.

Courtesy of the publically perceived risks posed by tumble dryers having been made common knowledge via numerous mainstream media sources of late, together with official agencies offering a stream on consumer advice about avoiding facilitation of certain makes and models, home and contents policy-providing insurers have if anything seen this as a get out of jail free card, and a seeming excuse to refuse compensation pay-outs should a tumble dryer ignite under the aforementioned circumstances.

Another means of insurers escaping potentially settling claims which are made on the basis of fire hazardous dryers is the not inconsequential matter of failing to follow manufacturer’s instructions.

The majority of tumble dryer manufacturers stress in their product’s accompanying paperwork (and clearly stated in T’s & C’s) that neglecting to adhere to appliance guidelines will essentially invalidate any future claims if damage occurs during equipment usage.

For example many tumble dryer makers request that filters should ideally be cleaned daily and that machines should not be left unattended when in use. Failure to do this and a fire breaks out, your insurance provider will be perfectly within their rights to confirm that you’re not insured based on ignoring manufacturer’s protocols.

The bottom line is DON’T assume, expect or rely on your current home and contents insurance to cover tumble dryer-provoked fires, unless you know for a fact that it does or conversely, doesn’t accommodate this hypothetical scenario. And more than anything else DON’T leave your tumble dryer unattended when in use and DO check that filter on a regular basis to ensure that you’re doing all you can to avoid such occurrences from playing out.

You can also request that your household insurer confirms that policy coverage WILL extend to tumble dryer fires both before and after it’s modified or replaced (as is the on-going recall plan being presently rolled-out by the aforementioned manufacturers with direct regards to machines which have been affected by safety issues in recent months, and which in some more notable cases have led to house fires).