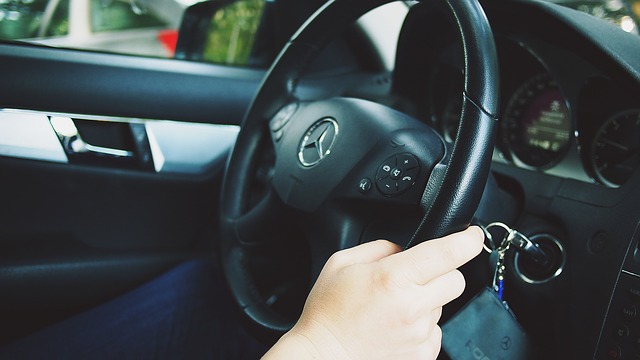 Modern life has given us a lot of great things - most of which we have absolutely no idea how they work - the internet, email, TV remote controls, smart phones, tablets, GPS, 3D printing for example.

Mercifully some things can be described in such a way that they make sense, such as black box insurance - which is why we’re focusing our attentions on this right now.

'Black box' insurance is a (now very) popular phrase which has been making the headlines a lot in recent times, as the motor insurance industry has embraced the tech which is aimed at lessening the usually high premiums for younger, inexperienced drivers. Whilst at the same time encouraging far safer and conscientious driving attitudes, approaches and applications amongst this statistically-wanting demographic of UK motorists. The knock-on effect being lowering the number of casualties as a result of road accidents involving (yes, you guessed it, younger/inexperienced drivers).

It’s what’s commonly referred to as something of a win-win situation for all concerned, as ultimately decreased car insurance premiums will attract greater numbers of would-be policyholders looking to take advantage of this incentive, thus equalling more black box policies sold by motor insurance providers.

But – and as per the question in the title – what everyone wants to know is just HOW does black box insurance actually work?

The premise goes something a little like this: if you’re a young driver (or irrespective of age, newly qualified) then the odds of obtaining competitively priced car insurance premiums are stacked very heavily against you from the outset. Based on the research-savvy facts of the matter that (percentage-wise), you’re far more likely to be involved in (or in reality, the cause of) a road accident due to your inexperience behind the wheel. Which you can’t really argue against.

Because motor insurance providers have historically set their premium calculations on great swathes of driver profiles and statistical evidence (not solely stereotypical generalisations as often assumed) means that younger drivers would habitually take a massive hit in their pockets. However, the future is here, and this time (unlike the aforementioned inventions) we’ve got a fair idea as to how this part of it works.

Alternatively known as ‘telematics’ and ‘pay-as-you-go/drive’ insurance this exciting new direction in car insurance is geared up towards delivering more driver-centred premiums, which reflect the driving styles of the individual driver/insured party as opposed to a general compendium of facts and figures derived from broadly-gathered stats. Stats which could easily bear no relation to the driver in question, yet who previously would pay (literally and figuratively) the annual price of other young/inexperienced motorists’ more rash driving approach. Something which hardly seems fair when you think about it. Anyway, the devil is in the detail, and the detail on this occasion is a little black box. The very same as you read about with regard to airliners, and essentially a largely unseen bit of tech kit which logs, stores and communicates a myriad of information about a specific journey; something which can be called upon to determine the actual series of events which unfolded leading up to (and directly before) a particular incident took place.

While the black box apparatus might not normally be visible in an airliner, it does present itself in-car situations, and manifests itself as – perhaps unsurprisingly given its name – as a compact black-coloured box device.

Discreet telematics devices concealed out of sight, so drivers don’t have a constant Big Brother reminder

The size of, roughly-speaking, a smartphone, this micro assemblage is small enough to be discreet when placed in the confines of a car, yet big enough to be able to record vitally important logistical data about speeds, distances travelled and the time of the day the driver was engaged in their road-going pursuits. More than this, the black box is well placed to constantly monitor braking and cornering habits of the driver along with the types of road most consistently journey on so as to help compile this unique driver profiling system, which effectively affords your insurer to ascertain the type of driver you are. And moreover, whether or not you are deemed a safer investment of sorts and deserved of having your premiums calculated downwards at future junctures. Yes, it unashamedly smacks of big brother watching you, yet in this instance there’s huge individual and social benefits behind the surveillance, which ultimately will make UK roads a safer place for all.

But back to the black box, and all the information gathered by observing the driver’s moves are instantly available and accessible to the insured party, in the same way as they are to the motor insurance provider.

All via a secure website which allows you to find out just how you’re performing in each category on which you’re being judged.

More than simply chastising you for not paying enough care and attention on approaching a roundabout, the website will offer handy tips and advice on how the driver can improve their current scores, all of which aims to lower quotes and premiums at the end of the day.

Feedback on some bespoke systems readily available on the market (such as www.ingenie.com) appears in the form and function of colour-coded message updates, with green typically denoting that the driver is doing consistently good, followed by a light green variation which indicates ‘generally good, but could do better in some situations’ (akin to an old school report). Less impressive colours chart ‘areas which require attention’ (amber), ‘showing signs of being an unsafe driver’ (orange) and full-blown, ‘highly dangerous driver’ (black).

So one of the questions many people will be asking right now is: just what should a black box-aware driver be doing to realistically reduce their car insurance premiums?

Well, two of the main criteria which will be taken into account are the types of road you wittingly choose to frequent and the times of day you’re driving. Suffice to say that if you drive on perceived less dangerous roads on fewer occasions (or accrue minimal miles on these) it’s a given that the black box insurer will look more favourably on your premium, while avoiding driving at night will also significantly reduce premium quotes in the medium to long term. And the benefits of being classed as a good driver can materialise in reduced premiums quicker than you might have otherwise thought too, as black box policies are charged on a monthly basis, which essentially allows the insurer to adjust premiums to reward (or punish) drivers on a regular basis. Which again serves as a great incentive to those struggling to foot their first motor insurance bills and the stratospheric prices quoted from the off.

It’s probably around now you’ll be wondering if there’s any cons to black box insurance, seeing as we’ve made a point of flagging up all the pros. And despite it generally being considered a much fairer system to insuring young drivers who haven’t yet had a chance to prove themselves and their driving credentials in the eyes of dubious and concerned car insurance providers, there are a couple of things you need to be aware of.

One of the biggies is that the cost of installing the black box (as well as the cost of the instrumentation itself) could be passed on to you as part of the calculated premium from the start. Having said that, we’d be shocked if this weighed in at more than the potential savings you’d generate by driving carefully over the course of the next 12 months, but merely thought it was worth mentioning.

Then there’s the consideration if you clock up the miles each week with your daily commute to work. Which could well take in dangerous roads. Then there’s the possibility that you run the risk of not making any premium savings whatsoever, and might rue the day you opted for telematics insurance over the more orthodox policy you were umming and ahhing about in the first place. And perhaps the biggest concern is if you confirm your worst fears and prove to be an unsafe driver, and no matter how you try to alter this appraisal you fail to do so. In this instance you will definitely think you’ve made a mistake by plumping for black box alternatives and instead wish you’d taken a chance with the more statistically-based conventional policies.

Before we finish though, we’ll just rewind a minute, and go over the important bits again then, by way of a quick recap;

What is a black box in terms of car insurance?

Simple. It’s a small device fitted (normally) under the bonnet of the policyholder’s vehicle, which comprises of a global positioning system (GPS) and transmits data back to the insurance provider by way of it bouncing off a satellite somewhere in space.

Well, the telematics box contains a SIM card (just like the one you have in your smartphone), which means the info can then be beamed to your insurer who will then analyse the data to determine how safely the policyholder has been driving of late.

What other components are found in the telematics box?

Typically there are 4 key features discovered within its construct, 2 if you now discount the GPS and SIM card we’ve just covered; yet all of which relay data about the policyholder’s driving style, behaviour, habits and patterns. A ‘motion sensor’ provides info on car impact (heavy braking etc...) and bespoke ‘computer software’ which controls the analysis and transmittance of accumulated data as and when required.

A number of different and far-reaching stuff. Everything from assessing your car insurance risk, provide locational help in the event of an accident and track your vehicle should it happen to be the victim of crime (i.e, stolen), through to managing a claim post-accident, offering a wider overview of an accident (for insurance claims situations) and provide safe drivers with bonus miles each month.

Why should I fit a black box to my vehicle then?

Fundamentally because it can save you money, yet above and beyond this because it keeps the driver safe. Imagine if you are involved in an accident while at the wheel. The in-built GPS will then alert the insurance provider as to the precise geographic location and seek to despatch emergency services to the scene ASAP. The tracking device aspect is another impressive feature, especially in relation to having your car stolen by thieves, whilst the data stored in the event of post-crash claims being made against the insured party could prove invaluable.

Bob works with all the leading UK car insurance companies to help find you great cover at a great price that suits your individual needs.

Get a quote today: