How the life insurance industry works 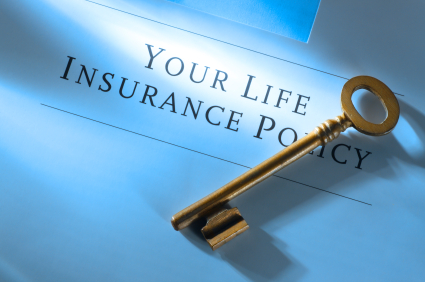 Image, while not everything (as substance needs to support any style), is pretty important these days.

The way you convey and project yourself/product/service/company is pivotal to the way the general public will perceive you. It’s not rocket science, rather the simple truth of the matter.

Unfortunately for some industries – and irrespective of the great lengths they go to to paint themselves in a favourable light – long-held stereotypes are difficult to breakdown for some sections of the public at large.

Indeed, some agents attempt to disguise the underlying fact they are life insurance agents totally, instead  referring to themselves as ‘Financial Planners, Retirement Planners, Financial Advisors’ et al. In fact, anything and everything except insurance agents.

The nefarious actions of a few have tarnished the image of many well-meaning life insurance providers – individual or collective, large or small – over recent times, with certain abrasive and aggressive selling techniques and practices (which members of the public consider borders on deploying the tactics of fear) being uppermost in their minds when they think about the industry and its human face.

Then there’s a few popular myths that need debunking for a quiet start. One prominent one is that life insurance providers make money from other’s people’s misery. Well, actually they don’t, as it’s historically-speaking in their best interests that a life insurance policyholder adheres to that Star Trek mantra of living long and prospering, as the longer they are in the land of the living, the more money the insurance policy provider makes from their continued premium payment. The moment they pass on, they must relinquish a percentage of the gotten gains. This is just the way it works.

Yet this realisation does little if anything to dispel the notion that the life insurance industry is constructed on the premise that those who are likely to die soonest will pay most, and that this calculation is based on detailed statistical tools resultant of applied math; thus meaning that the typical formulas facilitated strips any human emotion out of the process.

What’s more life insurance is also an unseen product, in as much as it’s something not tangible which you can never use or see the value in until such times as you actually need it. All these recurrent elements and more besides conspire to make life insurance routinely appear to be the grudgingly necessary evil, as opposed to a hugely worthwhile insurance product which could provide a financial lifeline to your loved ones somewhere (hopefully much further) down the line.

So we thought it a pertinent time to address some of these issues and essentially take a look at just HOW the life insurance industry really works. The cold, hard facts of the matter, rather than opinions and rumour.

Life insurance providers have moved with the times

As touched on above, a steady flow of high profile cases involving the mis-selling of life insurance policies and confusion over hidden agents’ fees and commission, coupled with mis-managed re-broking and the role of contentious mortality tables have all conspired against the life insurance industry.

Thankfully in more recent years outdated sales methods are being eradicating and in their place we welcome new, more transparent methodology which centre on provisions for sound advice and clarity of product information from the outset.

Life insurance should be promoted as an attractive financial proposition, not one we should avoid or feel uncomfortable with. OK, perhaps attractive isn’t the correct vernacular, because we are, ultimately, talking about the possibility of death; and in essence how your nearest and dearest will cope, fiscally at least, after the tragic circumstances are played out.

Traditionally people start to turn their attentions to the subject of life insurance at junctures in which they experience what’s commonly called ‘life-changing events’.

Buying a house, having children and losing a family member for example are two massive, game-changing occurrences in our life and times, and ones when our thoughts naturally turn to ‘what would happen to my dependents should I no longer be around to provide for them’ especially with direct regards to the latter two scenarios.

It’s hardly surprising that we start to evaluate our own mortalities and contemplate how our partners, children and families would financially survive when we lose someone close.

So once you realise the role a life insurance policy will play in your foreseeable future – and moreover how it will positively impact your life in your long-term (infinite) absence, then you need to set the next stage in motion, which of course is looking into what life insurance policies are available and how much they are likely to cost us going forward. As far forward as possible that is.

Back in the day we recall how an insurance agent would rock up at our parent’s house and discuss various insurance policies with them. In a separate room to younger ears, obviously. They’d have probably made a snap decision without our folks really grasping the true nature of what they were buying and off they’d toddle. Only to return every couple of weeks with his black book clutched to his chest to collect regular premium payments in a land which pre-dated internet banking and direct debit payments. It’s just how it was. They definitely weren’t aware of individual policies such as term life insurance, whole life insurance and permanent life insurance.

But that was then and the old world has been swept away. Now, almost all the responsibility and power has been placed in the hands of the would-be policyholder.

Ironically though, the number of people offering life insurance policies has been reduced, partly due to new rules introduced in 2012, notably the retail distribution review (RDR), which sought to bring to an end the previously accepted practice of taking commission for selling investment products.

This in turn allowed the plethora of online insurance price comparison sites to prosper even more, and were quickly adopted as the one-stop virtual life insurance policy providing shop (amongst other insurance products).

But having said that RDR is still an acknowledged means to an insurance-purchasing end, which materialises in the form of a life insurance provider paying an intermediary (or good old-fashioned middle man/woman) for an introduction to a potential customer keen to learn more about their particular product.

So commission – despite being an ugly word – is still very much alive and kicking. But this doesn’t affect the policyholder, as you don’t have to initially shoulder these up-front costs; more they are distributed over the early years of the subsequent policy being agreed.

While everything is being done in the life insurance industry to combat inappropriate policies being mis-sold to consumers at the hands of an advisor with commission top of their list of priorities, there are contingency measures in place to help the duped customer, chief among which is ‘clawback’.

Clawback is a safeguard mechanism which comes into effect should someone choose to cancel their previously agreed policy within a certain passage of time, and which would oversee an insurance broker recompensing the policyholder for a proportion of the commission which they’ve already paid.

Terms for clawback tend to vary according to the particular life insurance provider and the policy the individual has signed up to, however as a rule of thumb a longer clawback period is habitually advantageous to the policyholder as it effectively means that an insurance advisor would have to sell you an appropriate insurance plan that you’d be satisfied with in the longer term.

Finally, and re-broking is an important part of the life insurance industry and worth mentioning here.

Geared up towards those consumers who already have an existing life insurance policy in place, yet might have experienced a recent change in personal circumstances which could potentially bring their policy premiums down by declaring at this point. Seeking good advice from a third party or simply comparing your current policy with new ones on the market, renegotiating terms of a life insurance package could well pay dividends at various stages in its lifecycle.

Take for instance an amendment in your health, whereby you’ve successfully kicked the smoking habit and feel you’re now paying too much for your life insurance as one of the outstanding risks of an early demise has been eliminated.

But don’t forget, as well as health one of the founding principles by which life insurance plans are calculated is age as much as current health, and that’s something we can’t do anything about. With this in mind it may make greater sense to stick with what you have rather than twist, plus if you exhibit/confirm any pre-existing medical conditions with a new life insurance provider you may struggle to find a deal as good as the one you presently have.

Get a life insurance quote today

Here at Bobatoo we work with a host of leading life insurance companies to help find you a great quote for your individual needs.

Get your free, no obligation quote today: