How to protect your home during building works 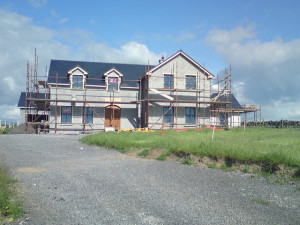 With a sharp rise in the number of home-owners looking to extend the constructed reach of their properties as opposed to upping sticks and relocating in recent years, there’s more emphasis than ever before being placed on protecting your home whilst the further development takes place.

The advantages of exploring and expanding on the floor space you already have at your disposal, rather than investing in the stresses, upheaval and extra costs associated with moving house in this day and age have, understandably, proven too difficult to ignore for many.

But building on your existing dreams of a larger abode and turning it into a des-res are not without their own risks if you don’t adhere strictly to rules and governance every step of the newly-paved way.

Many homeowners remain blissfully unaware of the potential pitfalls and ultimate money-pits which could come back to haunt them and their new, old properties if they don’t take the necessary precautions beforehand.

For starters anyone considering renovating their home to any end is required to inform their home insurer of their plans well in advance of the structural work being carried out as you’ll need to receive the correct permissions and building controls and regulation in place before a hand is lifted. Failure to abide by this insurance industry-acknowledged protocol will almost certainly result in invalidation of your home insurance policy.

But the risk goes far beyond this, as imagine a worst case scenario whereby the proposed building work was instrumental in causing a fire which destroyed your home and possessions within.

By not notifying your home insurer that you were looking to redevelop your existing property the consequences could be catastrophic and lead to financial ruin. You might wonder as to why it’s imperative to present your plans for change to your home insurer, yet there are a range of reasons why they need to be kept in the picture every step of the way if you intend on protecting one of your biggest assets in life and avoid being left with nothing at the end of the day.

Reasons include any building work undertaken brings with it additional risk to the very structure of the property you’re hoping to improve the very build quality, practicality and aesthetics of.

Consider the implications for a minute.

Whilst internal walls and roofs are being removed, steel beams inserted and adapted for use, foundations created, electrics overhauled and floors re-jigged there are a host of ways in which the building may be accidentally damaged during this transitional period of change. And then there’s the incremental security risk newly posed.

With the advent of tradesmen coming and going on what may well become a glorified building site to the casual observer comes a greater possibility of possessions becoming lost, damaged or indeed, removed from the premises.

To clarify, if your home insurer isn’t made fully aware of the building being subject to change – thus compromising many of the original policy features agreed – the home-owner might well be in breach of the policy in its entirety, as the initial (and hitherto established) terms under which your home cover was underwritten no longer applies for the most part. Rendering the documentation not worth the paper it was previously written on.

Aside from damage caused by unsolicited building works, the non-ratifying of new internal layouts within your property could once more lead to any future claims on your home going unrecognised and essentially classed as invalid.

This applies to a seemingly innocuous kitchen extension, adopting a loft space for a bedroom or the comprehensive adding of a whole new floor, as in the event of anything going wrong in the future the home insureris within their rights to turn around and cite that according to your original policy the area in which you refer, post-damage literally doesn’t exist. Which would be practically impossible to argue against from a home-owner’s perspective.

The following checklist provides homeowners with an at-a-glance summary of what you need to weight up and act upon (in relation to notifying your home insurer) BEFORE you commence any structural alterations to your property.

The following checklist highlights the homeowner’s responsibilities once the WORK IS COMPLETED, with direct regards to the planning of your new home insurance contract.