I put the wrong fuel in my car, am I covered?

The stresses and strains of modern life can certainly take their toll on all of us and often lead to us making very silly mistakes.

Picture the familiar scene: the kids are playing up in the back of the car or you’re running late for an appointment and lo and behold, to compound the frenzy, your petrol warning light’s just come on. So you now have part of your dashboard frantically flashing at you and the mother of all squabbles/spectre of lateness hanging over you as you pull onto the next garage forecourt. And what proceeds to happen? Precisely. Wrong pump, wrong fuel. 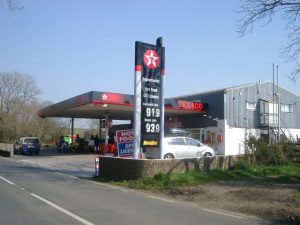 Listen, you certainly won’t be the first to make this textbook motoring error, not the last; plus you can compliment yourself when learning that you’re in good company. If that is, your opinion of Wayne Rooney is a positive one. Yes, even Manchester United and England footballer, Rooney was once guilty of accidently filling up his wife Coleen’s diesel-powered Range Rover Sport with ordinary 4-star; and subsequently being landed with a bill for £6,000 (or the equivalent of 5 minutes salary) to correct the issue.

Or perhaps you’d prefer to compare your fuel faux pas with that of officers from the Metropolitan Police Force; who in the past decade have spent some £280,000 rectifying damage caused by the mis-fuelling of squad cars.

The fact of the matter is many people have inadvertently reached for the diesel pump rather than the petrol alternative, or vica versa (citing the wider diesel neck and narrower unleaded nozzle as excuses/reasons for the dire straits they have since found themselves in) and not seen the error of their ways until it’s been too late.

According to motoring experts there are routinely in excess of 150,000 cases of mis-fuelling EVERY YEAR; which apart from embarrassment and awkwardness obviously results in unforeseen expenses that can reach up to and beyond £5,000.

Having said that, if you see the error of your ways BEFORE turning the ignition, then the cost of draining the tank is a more manageable £300. However, the million dollar, sorry, £5,000 question is, if such an event unfolds, what stance does your motor insurance policy provider take on this matter?

Well, according to the British Insurance Brokers’ Association mis-fuelling can leave a sour taste in the mouth of those unwitting perpetrators as some 30% of insurers refuse to acknowledge that it’s a legit cause for a policy claim.

So with this in mind BIBA conducted its own research to determine which motor insurance companies specifically covered mis-fuelling within its existing car policies and found that just 7 out of the 32 firms it approached included a mention of it in their policies. And of those which did, they literally stated that they wouldn’t cover damage arising from such an incident taking place, whilst the remainder neglected to flag up the grey area whatsoever.

Scratching a little further beneath the surface and BIBA discovered that of those insurance providers who failed to mention mis-fuelling to any given end, 40% did actually stress that they would refuse to pay-out for claims related to it.

Speaking on the very matter, BIBA spokesperson, Graeme Trudgill said; “We feel that when there is no specific reference made to it in a policy exclusion it is a grey area and, in this case, you could complain to the Financial Ombudsman Service since the exclusion was not brought to your attention at the point of sale.”

Of those insurers who do extend their cover to take into account mis-fuelling episodes, some refer to it in terms of ‘accidental damage’; despite not always appearing as such within the wording of the policy in question. This apparent non-disclosure doesn’t hold sway with the Financial Ombudsman Service though, who insist that a policyholder would expect to be entitled to complain to them if their motor insurer refused a claim without specifying an exclusion within the policy from the outset.

Something underlined by an FOS spokesperson who said; “You cannot be expected to know what you are and are not covered for in your insurance if your policy doesn’t tell you. Unless there was an exclusion in the policy that clearly stated that it did not cover damage caused by the wrong type of fuel being put into the car, we would expect the insurer to meet the claim.”

Of late there have been mutterings that insurers are beginning to become susceptible to mis-fuelling scenarios and perhaps shifting attitudes and perceptions, and now seeing them as the genuine accidents that they are. This notion was seconded – to a degree – by an AA spokesperson, yet even they added a note of caution for all this when they said; “But if you realised what you’d done and still drove – even if it were to drive off the road – it is possible that your insurer would refuse a claim.”

On the flip side one household name motor policy provider when drawn on the issue countered; “Driving with contaminated fuel could be considered as intentional damage and could lead to a refusal of a claim.”

So you can see that there’s still no definitive answer or common ground shared as we write. On a more positive note for those drivers who do happen to make the mistake in the foreseeable future, should your vehicle break down as a result of putting the wrong fuel in it, then they would still be within their consumer/policyholder rights to arrange appropriate services as offered by any existing breakdown coverage in place, according to Green Flag.

At the end of the day motorists are advised to refer to their current car policy or speak with their insurance provider to establish their official angle and understanding on this subject, and ascertain if – and when – mis-fuelling comes under the heading of accidental damage as part and parcel of a pre-agreed insurance document. And naturally, it also makes sense to make sure that you have taken out cover with a dedicated breakdown provider just to cover every base (or at least one)!

Learn more: What to do if you put the wrong fuel in your car