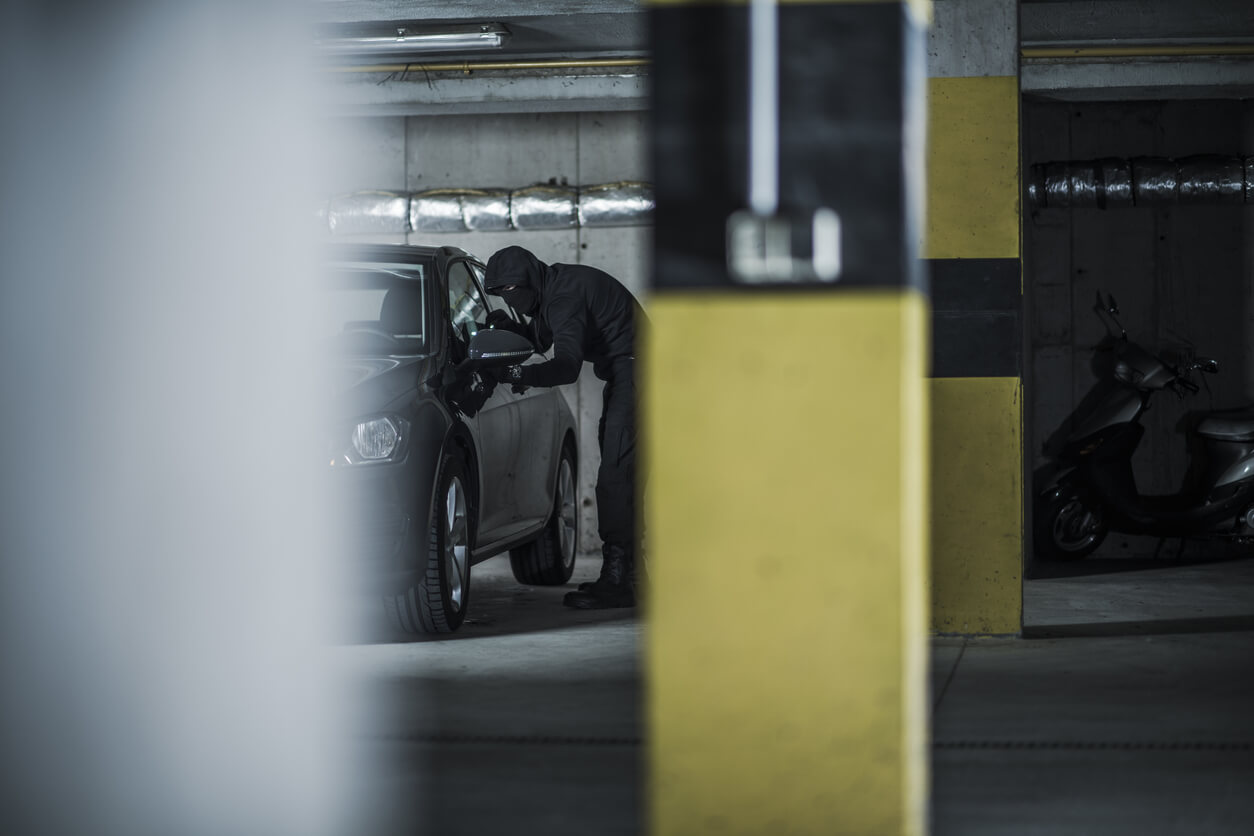 Hybrid cars are increasing in popularity every year and it isn’t just the environment reaping the benefits – thieves have become savvy to the vehicle’s most valuable (and most important) components, one of which is the catalytic converter.

What is a catalytic converter and what does it do?

A catalytic converter is a device which controls the emissions given off by a vehicle, reducing the toxic gases and pollutants and making for considerably better emission readings.

Car insurance companies have become aware of a huge spike in thefts relating to hybrid cars, although it is rarely the actual vehicle that these thieves are after. Instead, they are targeting the car’s catalytic converter, which is used to reduce the toxic gases that come out of a car’s exhaust.

Toyota’s Prius and Auris hybrid models have been particular targets, given that they are amongst the most easily identifiable models of hybrid vehicles.

The sudden increase in thefts is said to be connected to the rapidly increasing value of the metals rhodium and palladium, both of which feature heavily in catalytic converters. 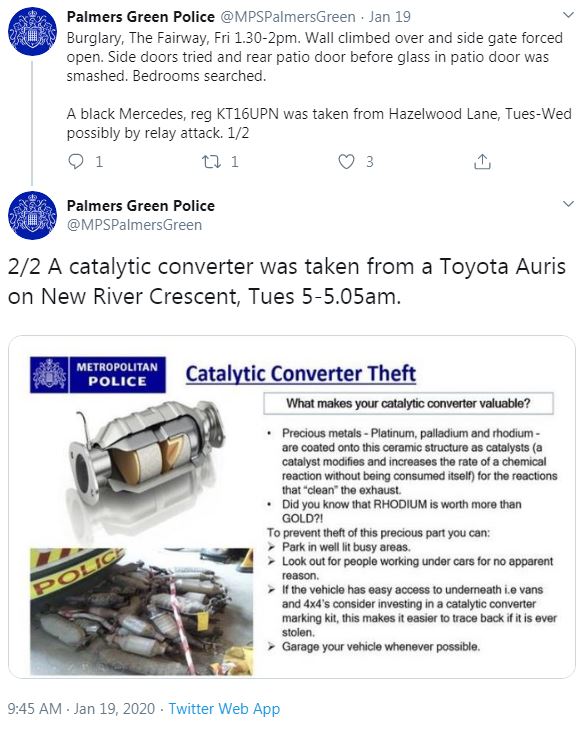 And while drivers have experienced frustration from having these parts stolen from their vehicle, they have at least been able to rest easy knowing that the theft is covered by any fully comprehensive or third party, fire and theft car insurance policy – the cost of these policies, however, have been proven to skyrocket once a theft has been reported.

Read our Car Insurance Buying Guide to learn about the different types of car cover.

In one example, a man was refused a renewal quote from his insurer in the months following the theft of a catalytic converter from his vehicle, with annual premiums from other insurers shooting up to more than £2,000.

The higher premiums are likely down to the inevitable increase in risk following the first claim for catalytic converter theft, as well as the fact that there is now a shortage of replacement parts, making them more expensive.

Not only that, but insurers have spent weeks-upon-weeks searching for replacement parts, meaning that they have been forced to splash out on hire cars for customers whose vehicles were not roadworthy without the converter.

Speaking about the fact that the number of catalytic converter theft claims had soared, a spokesperson for insurance provider, LV=, said:

A spokesperson for Aviva, meanwhile, admitted that they were unsurprised by the revelations, stating that after replacing the stolen component for one customer, they received another call just hours later to report that it had been stolen again.

A spokesperson for Admiral also said that the company had witnessed an increase in catalytic converter theft, stating:

“Year on year we have seen a fourfold increase in catalytic converter thefts, the majority of which have been from hybrid vehicles.”

One driver whose hybrid car had been targeted told their story to the Guardian:

“They [the insurer] said theft was so rife that it will be at least six to eight weeks before they could get hold of a new converter. So I rang around and eventually found a garage that had one. I paid £1,300 on a car only worth £5,000.”

Why do people steal catalytic converters?

Thieves can make as much as £500 for every catalytic converter they steal ,which, considering they can be removed from a vehicle in a matter of minutes, is easy money for somebody who knows what they’re doing.

Such is the demand for these components amongst thieves, one man was brutally crushed to death by a car after attempting to steal its catalytic converter*.

Recent weeks have seen the price of rhodium rise to around 6 times the price of gold, while the value of palladium – another metal present in the converters – is now trading at more than £1,800 per ounce.

According to the Guardian, some hybrid car owners have been informed that the metal stripped from the catalytic converter within their car could actually be worth more than the vehicle itself.

Whatever vehicle you have, or decide to get, always ensure you’re fully covered with your insurer, and if you’re thinking about getting a hybrid car, be sure to ask them what their terms are regarding stolen catalytic converters so you know where you stand.

If you're looking to renew your car insurance policy soon, get a free quote today by tapping the green button below!