Fines and penalties for driving while using a phone and speeding were increased last March, and new figures revealed by the Ministry of Justice (MoJ) have shown they have had a significant impact. 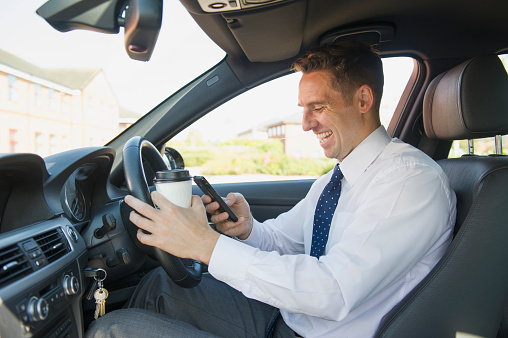 Last March the government increased the fines and penalties for two common driving offences – speeding and using a mobile phone while driving. At the time, some critics dismissed the new penalties, which include drivers using a phone while behind the wheel receiving six penalty points and a £200 fine, as yet another way of extracting more money from the nation’s motorists.

However, a new review of data from the MoJ has revealed that the tougher penalties have had the desired effect of reducing offences. Since the new measures were introduced in March 2017 there has been a 44% drop in drivers being caught using a mobile phone and an 8.5% drop in speeding convictions.

The analysis was carried out by Warranty Direct, who analysed MoJ data from the past five years to measure the effect of the increased penalties.

The official MoJ figures show that the higher penalties – that could see a new driver lose their licence with a six-point penalty – have had a significant effect year on year. Between March and December last year there were 6,175 fines in total, which is 59% lower than over the same period of 2013.

Official figures from the MoJ show this hike had a significant impact, with the number of penalties falling by 44 per cent compared to the previous year.

The 6,175 fines handed to motorists between March and December last year (once the penalties had been increased) were 59 per cent lower than the volume of fines for drivers in the same period in 2013.

Despite the total number of fines being dished out was lower, the Treasury’s earnings increased year-on-year, with an extra £130,000 worth of fines being added to the Government’s coffers after the penalties were doubled.

That’s down by more than £260,000 compared with five years ago though, as more than twice as many drivers were issued with fines in 2013.

As well as using a mobile phone while driving, the penalties for being caught speeding were also increased in April last year – with fines increased from a minimum of £100 to up to 150% of the driver’s weekly wage, depending on how far over the limit they were going when caught. Motorists can also now receive up to six points on their licence depending on how serious the speeding was.

Warranty Direct said that the data clearly shows that drivers have taken on board the serious nature of these offences and responded by being more cautious on the roads.

“It’s great to see these updated driving laws have had a significant, positive impact on driving behaviours, in such a short space of time.

“I don’t believe it’s just the increased financial penalties influencing people’s driving behaviour either, as motoring authorities have increased their efforts to raise awareness of the dangers of unsafe driving.

“We fully support any new measures which, make our roads safer for both drivers and pedestrians.

“I believe more motorists are truly beginning to understand the consequences of speeding and using their mobile phones at the wheel.”

Although the raw stats seem to point to the higher penalties leading to a reduction in offences on the roads, it could also be argued that the falling number of police traffic officers on the roads are having an effect on the number of recorded offences.

Last year the Press Association revealed via a Freedom of Information request that the number of dedicated traffic officers across all 45 UK police forces were down by 24% compared with 2012.