Insurance claims surge in aftermath of storms Desmond and Frank 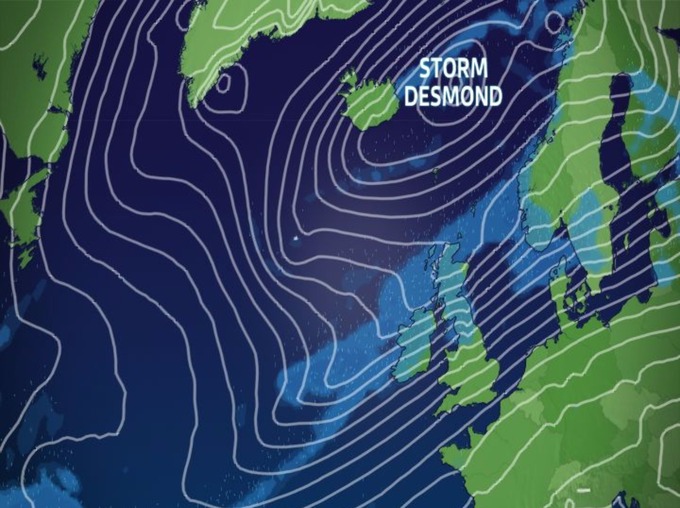 Related: Tips to limit the risk of flood damage in your home this winter

Severe flooding which brought widespread disruption and heartache to thousands of home and business owners in Cumbria and York recently has triggered a myriad of insurance claims said to total in the region of £250million, according to industry experts.

Accumulative losses resultant from the unprecedented effects of Storm Desmond, and subsequent damage to property and businesses in the affected areas in the North West of England, have amounted to this approximate sum, as early indications have been reported by the AA. These early figures appear down on the initial calculations made directly after the devastation caused by Desmond began to emerge, with original estimates thought to be around the £325 million mark before being scaling back. That said, economic losses are believed to be nearer £400 – £500 million.

Insurance brokers based in and around the worst hit areas expect claim numbers to steadily rise further as residents temporarily made homeless by the floods start to return to their properties in the coming weeks. Speaking to www.insuranceage.co.uk one insurer, Kendal-based Macbeth Scott & Co, stressed that the Cumbrian town had ‘experienced the worst floods in 50 years following Storm Desmond’.

The company’s founding Director, Duncan MacBeth told Insurance Age that; “There’s been extensive damage to both commercial and private properties,” going on to add; “We’ve dealt with about 80 commercial claims and about 100 domestic claims, which will amount to a reserve of about £3m, and that’s just for us.”

Insurers responded promptly in the aftermath of devastating storms

Responding to questions about how quickly insurers reacted to the unfolding situation and well-documented devastation in certain parts of the county and beyond, MacBeth confirmed that there was plenty of evidence to suggest that insurers had people on the ground at the scenes shortly afterwards.

Apparently LV has deployed one of their employees to MacBeth’s offices to assist with the deluge of enquiries and claims from concerned policyholders in the locality who had suffered at the hands of Storm Desmond and were picking up the pieces.

The general consensus amongst people in the stricken areas was that insurers had responded to the floods reasonably efficiently.

On the subject of claim receipts, the Regional MD of another insurer, Bluefin, reported that his Carlisle-based office had received in excess of 300 claims notifications on the Monday, compared to a on a normal day typically fielding about 15.

Not long after the floods swept through various parts of Cumbria and North western England, a number of insurance companies released statements explaining how the unforeseen scenario was panning out from their perspective.

Axa Insurance’s CEO, Amanda Blanc said; “So far, although it appears these floods have not affected as many geographical areas as previous events, the nature of the flooding means that the damage to people’s homes and property is severe in some cases.”

She went on to add; “We have a large team of loss adjusters on the ground who are now acting on claims as a priority. We urge any customers who have a claim to make to get in touch as matter of urgency as time is of the essence to get the process started.”

Likewise Allianz’s Claims Operational Manager, Jeremy Trott underlined his company’s priority was to help policyholders through this challenging time which had passed and still lay ahead. Trott said; “We were well prepared for a severe weather incident and implemented our plans which included contacting our customers before the event to provide advice.”