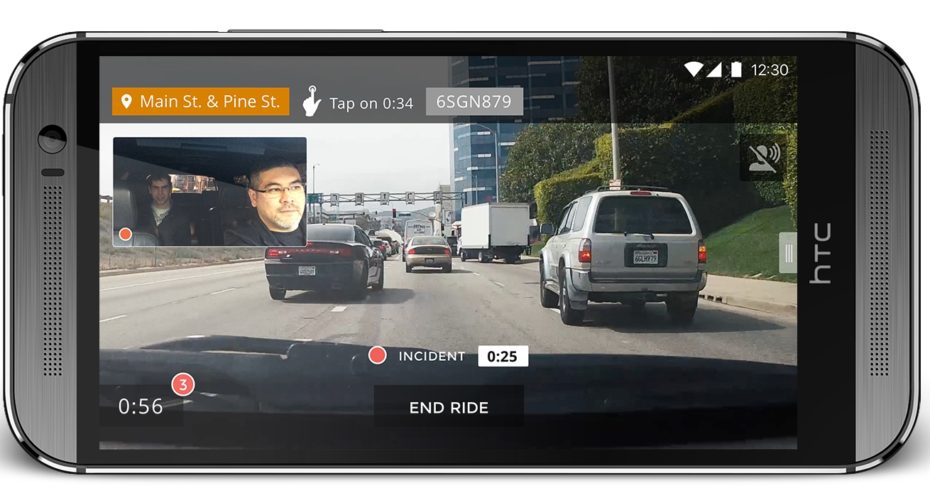 Nexar was launched on iPhone in February this year, but has now expanded to Android users – who can download a beta version of the app here.

Dash cams are becoming more and more popular in the UK, but this feature-rich app goes beyond the current recording devices by working to create a huge network of crowdsourced data about roads harvested from the millions of smartphones mounted on car windscreens around the world.

The Nexar app utilises the latest in machine learning and computer vision technology in order to interpret the speed, acceleration and direction of every vehicle it sees on the roads, and attempts to predict potential hazards before the driver has even noticed anything.

Nexar records road conditions and is building its own database of accident blackspots, but it can also keep track of frequently dangerous drivers by storing their license plate – so it can then notify users if a known ‘dangerous driver’ is in the vicinity.

There are a myriad of dash cam options available to consumers today – like those at DashCamOffers.com and Halfords.com – but the more Nexar is used the more data it collects and the smarter it should become – which is why the recent move to Android, the world’s largest smartphone OS, is so significant.

There are two major new features that have been introduced with the Android version of the Nexar app. First, it now has a dual-camera mode so drivers car simultaneously record the inside and outside of the vehicle using both the front and rear-facing cameras on their phone – a feature that is very important for taxi and Uber drivers who can keep a record of passenger activity if there’s a dispute.

The technology used by Nexar could be set to revolutionise the motor insurance industry. Many insurers are already starting to respond to the emergence of dashboard cameras and the evidence they can provide for disputed liability claims, but Nexar goes a step further with the ability to recreate accidents it has recorded in 3D.

Part of this includes being able to recreate accidents in 3D, using a combination of a phone’s in-built sensors and the footage it captures.

“In the first six months of 2016, there’s been a nine percent increase of motor vehicle fatalities in the U.S. and this is a global trend. Already today, drivers who use Nexar are able to get evidence and protect themselves in case of a crash. Furthermore, when drivers use Nexar, they join a network with other drivers. The network crowdsources real-time hazards on the road and eventually, as the network grows, it will warn drivers in real time of potentially dangerous situations.”

Nexar says that drivers have notched up more than eight million miles in its app since its launch on iOS six months ago, with more than half-a-million “dangerous driving” incidents clocked and more than one hundred crashes documented.