Adding a more experienced driver, such as a parent, can significantly reduce the cost of car insurance for new and young drivers. 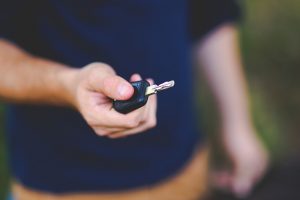 Despite the recent news that car insurance prices have fallen for the first time in three years, young and new drivers still face sky-high premiums to insure their first cars.

This is because they are deemed to be high risk drivers that are more likely to make a claim – so insurance companies charge them more for cover than they do more experienced ‘safer’ drivers.

However, there is a quick and easy way for new drivers to get cheaper insurance – which can sometimes lead to reducing the cost by up to £800.

By adding a second driver to your policy you can significantly reduce the cost of car insurance, and it’s not just young drivers who can benefit from this trick. Even new drivers aged over 25 can make big savings by adding an experienced driver onto their policy as a named driver.

The average cost of car insurance for a young driver is now around £2,000 per year, with prices rising in recent years due to an increase in Insurance Premium Tax (IPT) and the rising costs of whiplash claims paid by car insurance companies.

The price we all pay for car insurance is based on risk – as in how likely you are to make a claim. That’s why when you get an insurance quote online you are asked where you live and where the car will be parked (to see if you live in an area that has a lot of car thefts, and if the car is vulnerable overnight parked on the road), your age, how long you have been driving and how many years of no claims you have, how many miles you drive each year (the more you use the car, the more likely you are to have an accident) and so on.

As a young or new driver, you are seen as a higher risk as you are not as experienced on the road as someone who has been driving for years. But, if you add a parent with a lot of years of no claims behind them as a second driver on the policy then the insurer will see that the car will sometimes be used by the experienced driver – therefore reducing the level of risk and reducing the cost of the premium.

How much could you save?

To test out how much you could save by adding a named driver, we requested several policies from CompareTheMarket using the same car (Vauxhall Astra), same address and the same named driver details.

Even if the named driver has a driving conviction the price still fell significantly. We ran the above example again but said that the parent had a speeding conviction and were quoted £2,448.32, a saving of £649.60.

As you can see, this is a surefire way to reduce the cost of car insurance for many young and new drivers. However, there a few things to bear in mind before you try to benefit from this.

First of all, the named driver you add must be someone who will reasonably use the car. It’s no good adding your mother to the policy if she lives at a different address – so only add named drivers who can conceivably use the car fairly regularly.

Also, the main driver on the policy should be just that – the ‘main driver’. A common trick some people use to keep the cost of insurance down is to put the parent or other experienced driver down as the main driver, and the new driver as the named driver even though they intend to drive the car more. This is known as ‘fronting’ and as well as risking your policy being invalidated if you are caught out when making a claim, it is also illegal and can result in a criminal conviction.