Defects will now be listed under three new categories: Dangerous, Major and Minor, and new emissions tests for diesel cars will make it harder for them to pass their MOT. 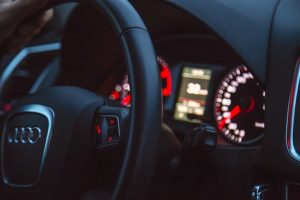 New MOT regulations are set to come into force this month, in the first major update to the rules in five years.

The changes to the MOT rules means this it will be more difficult for vehicles to pass the test – particularly diesel vehicles, which will face tougher emissions tests.

The main change will see vehicle defects labelled under three new categories: Dangerous, Major and Minor, which will be applied to all cars so that they meet the EU Roadworthiness standard. All cars that get any Major or Dangerous issues will automatically fail the MOT.

The MOT shake-up will roll out across the UK on 20 May 2018, which will also see strict rules regarding dashboard warning lights – i.e. if you have a check engine light or any other warning light showing, your car will automatically fail.

There will also be tougher emissions tests for diesel cars introduced, as any car that has been fitted with a diesel particulate filter (DPF) getting an automatic Major fault if it produces “visible smoke of any colour”.

The new regulations will also mean tests on emission control equipment and all vehicles will be checked for “fluid leaks posing an environmental risk”, while cars registered after March 2018 will now have their daytime running lights and front fog lights inspected. That’s in addition to newly-required check on rear drive shafts, prop shafts, reversing lights and the condition of bumpers.

I’d urge all motorists to familiarise themselves with the new items that will be included in the test so that they can avoid their vehicle failing its MOT. To be safe and responsible motorists should also carry out simple vehicle checks all year round.

The three new fault categories will be applied to all cars, and are being introduced in the UK in order to meet a new EU directive called the European Union Roadworthiness Package.

Neil Barlow, the head of MOT policy for the DVSA told Auto Express magazine that these new fault categories would “help motorists do the right thing i.e. not drive away from a garage”.

As an example of how the new criteria will be applied, the DVSA highlight steering, and say: a steering box leaking oil would get a Minor fault; if the oil is leaking so badly as to be dripping, that would constitute a Major defect, causing the car to fail its MOT.

If the steering wheel was loose as to be “likely to become detatched”, then that would be a Dangerous failure and the MOT certificate will flag this up to the driver to deal with it with greater urgency. More explicit safety warnings are to be included on MOT certificates for cars that have serious defects, with the Road Traffic Act wording and potential penalties highlighted.

Eric Smith, the MOT manager of Kwik Fit added further clarification regarding the new fault classification, saying, “A Dangerous item means that vehicle should not be driven away from the garage”.