One of the UK’s leading car insurance providers’ fraud team have analysed over 3,000 organised ‘crash for cash’ claims in 2015 and found that there is a fraudulent claim being made every three hours here in the UK.

Crash for cash is the scandalous practice where scam artists randomly target innocent and unwitting motorists to involve themselves in a fake collision with; staged to ensure that the perpetrator can then file a claim for whiplash injuries with their insurance provider at a later date. 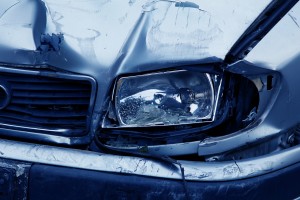 Although this headline statistic is eye-opening, Aviva insist that in direct relation to whiplash claims being a by-product of such duplicitous actions, this calculation actually represents a drop on the previous year’s figures, if only by 2%; yet 2014 stats were widely observed in the insurance industry as being at record levels.

Indeed, the bigger picture paints a more encouraging crash for cash scene, not least because bogus accidents of this nature fell by 40% (in terms of Aviva’s recent history), which it says is down to tougher protocols and prevention measures being adopted at the point of policy sale in a bid to stamp out devious practices.

Having said that, Aviva still recognizes that motor insurance fraud remains the most significant source of fraud and is identified as being responsible for 60% of all fraudulent claims across the insurance lines range it offers; adding up to a sum said to be in the region of £58 million.

Returning to the subject of suspect whiplash claims and it’s purported that one in nine claims of this nature submitted to Aviva is linked to fraud, whilst it admits that currently 17,000 claims are under investigation on the grounds of discrepancies which have potentially alerted handlers to possibly fraudulent activities, with an additional 4,000 motor injury claims having being associated with previously acknowledged and organised fraud rings.

Aside from Birmingham (and postal district B11) being in the frame when it comes to motor insurance fraud, a number of London-based postcodes also rate highly in the latest compendium of locations linked to what experts refer to as ‘induced accidents’ during 2015.

Elsewhere in the top 10 Yorkshire cities Leeds (4th) and Bradford (7th) make an appearance, while the rest is made up by Luton (8th), Coventry (9th) and Oldham (10th).