Hundreds of schools are piloting the move, as high levels of car pollution around schools have been linked to rise in asthma cases 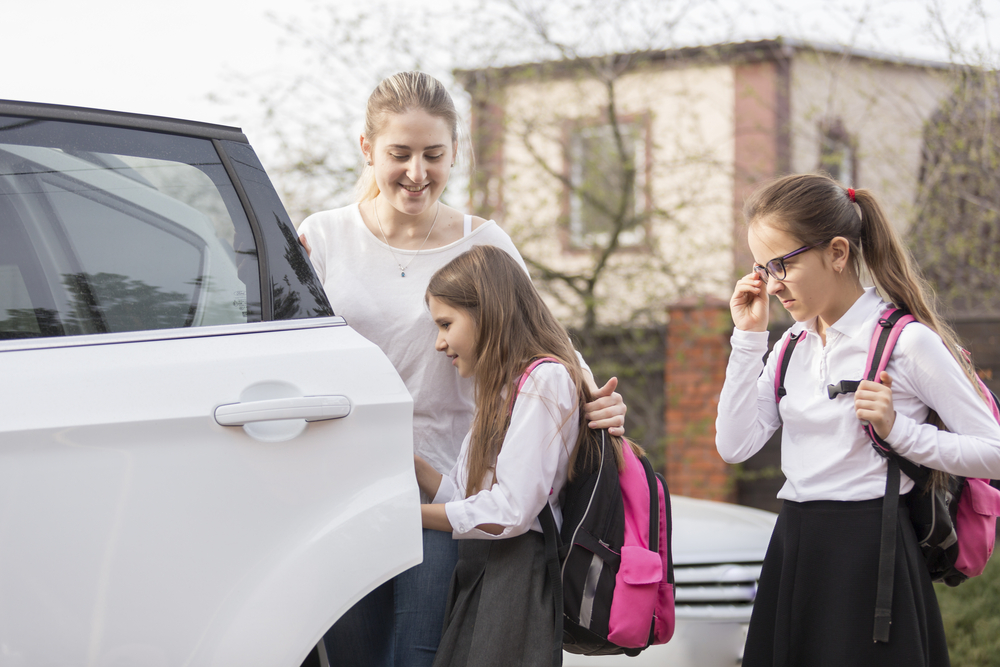 Hundreds of headteachers across the UK are piloting bans on parents driving their children to school in an effort to reduce the levels of harmful car pollution.

Thousands of schools are expected to follow suit and ban the ‘school run’, and campaigners want the ban to be introduced across the country.

With car fumes linked to the soaring rate of children’s asthma cases, schools have decided to take action by banning cars from parking near the school gates.

The trial schemes are backed by measures which include £50 on-the-spot fines issued to offenders and fixed penalties that can lead to points on their driving licence.

Many parents and pollution experts now want the pilot ban rolled out across the country, as new figures have shown that 25% of all cars on the road during peak times are on the school run.

The British Lung Foundation have given their backing to the ban, with their director of policy and communications, Alison Cook, saying that pollution levels around schools are “worrying”:

Toxic air is linked to asthma and chronic chest problems, and damage to the lungs in early age is irreversible.

That’s why illegal levels of pollution around schools is hugely worrying.

How many deaths are linked to air pollution in the UK?

An estimated 40,000 premature deaths in the UK have been linked to air pollution, with the World Health Organisation (WHO) labelling it a public health emergency.

Air pollution, which the EEA has described as the “invisible killer”, is the main cause of premature deaths in 41 European countries.

In England and Wales, 1,320 people died of asthma in 2017 – a rise of 25% over ten years – with air pollution known to be a major risk factor in the development of childhood asthma.

These findings have led to growing concern regarding the air pollution crisis in the UK affecting the health of children and the elderly.

The London Mayor Sadiq Khan recently outlined his plans to tackle the “toxic air” in the capital, following a 2017 report that found that every part of London exceeded the WHO’s pollution limits.

Pilot schemes to encourage parents not to drive their kids to school have been set-up at various schools up and down the country. Schemes include walk-to-school initiatives, children handing out fake tickets to parents in cars and “park and stride” schemes that encourage those who drive to park a certain distance away from the school gates and walk the remainder of the journey.

As well as these schemes, police in Solihull, West Midlands have been handing out £50 fines to parents who ignore the school run ban.

Experts have revealed that children are at a higher risk from pollution as they retain the toxins for longer, and have argued that a school run ban could help reduce their exposure to harmful pollution.

Air pollution is known to cause 500,000 premature deaths every year in Europe, according to the European Environment Agency.