Should I get income protection or Payment Protection Insurance? 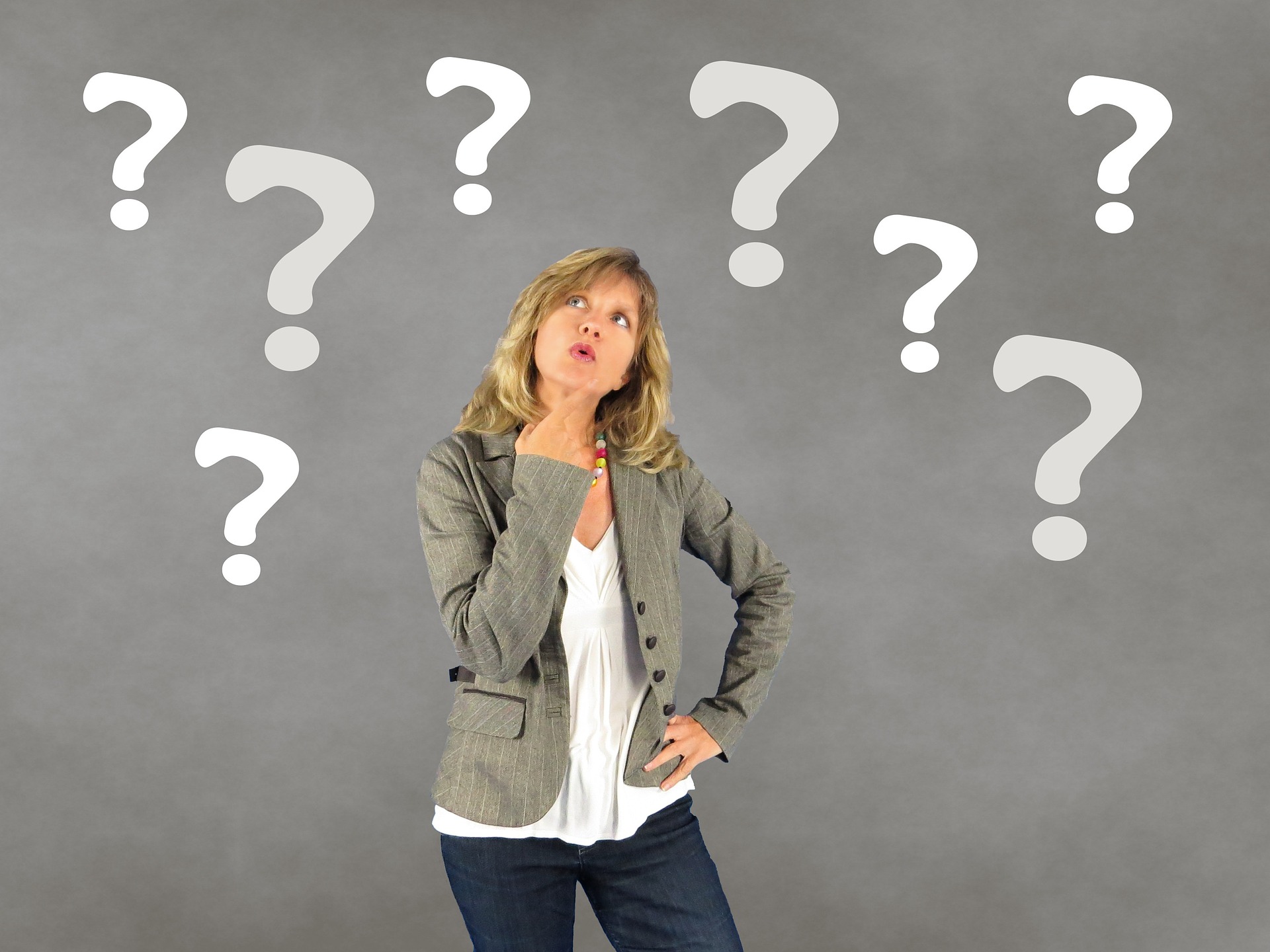 Aha. The million dollar question. Or for us here in the UK; the million pound question.

Unless you’ve been residing in a cave for the past decade you’ll probably be very familiar with the concept of Payment Protection Insurance. That said you may be more familiar with it’s acronym: PPI.

Ah yes, the much-maligned PPI, which British banks made something of a habit of mis-selling us for the past 10 years at least, and who are still in the process of paying back the policyholders they misled.

But that’s not to say all providers of payment protection insurance policies operate/previously operated in the same way, as for the most part these criticisms/allegations are directed at financial institutions who are more in the business of arranging mortgages and personal loans for folk, rather than the branch of PPI we’re referring to right now.

Yes, it’s obviously ALL about insurance here at Bobatoo, which is why we’re comparing and contrasting Income Protection policies with the aforementioned Payment Protection alternatives, and so as to afford you a clearer idea of just which is which and what is indeed, what.

First things first though and we need to establish the systematic differences between the two popular forms of protecting your earnings.

Income protection insurance has been around a long time, although you might know it better in its previous guise of Permanent Health Insurance (or PHI), and it has forged a solid and financially dependable reputation over the years.

It’s so well thought of amongst financial/insurance experts that consumer champions, Which? recently went as far as saying that it is ‘the one protection policy every working adult in the UK needs most’, yet adding that it’s ‘the one most of us don’t have’.

What’s the difference between income protection insurance and PPI?

In specific terms of just what determines the difference between the two, the following pretty much sums it up:

Payment Protection Insurance was originally dreamed up to provide a protective financial fence around various loans (think along the lines of mortgages and personal ones as mooted earlier) and in particular insuring the policyholder against the risk of accident, sickness or unemployment befalling them at certain future junctures.

By its very nature it’s a very short-term cover, with a typical policy extending its dedicated coverage to pay-out for a period of time as concise as just 12 months, whilst (akin to motor insurance policies) such cover is reviewed on an annual basis; thus ensuring that premiums are never guaranteed or indeed, consistent.

Payment Protection Insurance is more than a bit subjective when it comes to safeguarding policyholders’ financial interests (and continuity) should they lose their job, as PPI packages tend to only provide ‘suited occupation’ cover. This effectively means that if the insurance provider has reasons/grounds to believe that you could carry out the fundamental remit of another type of role (unrelated to your previous, pre-injury/illness-compromising occupation) that’s generally considered commensurate with an insured party’s skills, education and experience per se, then hard lines; as you won’t receive a pay-out.

Income protection insurance is far more accommodating with regards to what it will and won’t do for the policyholder.

Essentially it affords the insured party earnings protection (within a pre-agreed percentage of your gross salary prior to an unexpected lay-off) in the event of injury, illness (and occasionally, redundancy) putting a rod in pickle for your existing/foreseeable future work routine.

Although proposers can earmark a short-term policy (normally between 2 – 5 years in duration), more commonly people opt for a long-term (or ‘Whole of Life’) package; which will ultimately pay-out right up until mutually acknowledged retirement age. Or failing that, the policyholder making enough of a recovery to return to their previous job of work, or (admittedly more upsetting) they die. Whichever comes to bear first being the accepted rule of thumb.

Another plus point is that premiums can be fixed for the income protection policy’s full term in advance, similar in concept to that offered by life insurance plans. What’s more, ‘own occupation’ features/types of coverage are made readily available for the majority of careers/occupations; therefore meaning that such a far-reaching policy would recompense the individual if they cannot physically/mentally carry out the duties of their specific job.

Widely recognised as the most comprehensive of all these salary protection-type policies currently available, published pay-out rates by insurance providers operating in these areas are identified as between 92% – 98% with direct reference to all claims submitted. Which is something of a far cry from PPI insurers who seldom publish its pay-out rates.

Take for example the key area of medical underwriting and with income protection plans, policies are ordinarily prepared and ratified up front, with details of any pre-existing health condition being potentially excluded being clear and transparent from the get-go.

Compare this approach with that of payment protection plans which by and large don’t even entertain the idea of pre-existing medical conditions being taken on board, let alone negotiating on any, courtesy of an automatic exclusion often in place.

The same applies to the awareness, tolerance and provision of standard exclusions, where in the case of income protection insurance most don’t stipulate any whatsoever (ostensibly covering any medical condition), while with payment protection insurance it’s imperative to refer to the small print of any agreement as they’re known to manifest themselves with alarming regularity.

What is income protection insurance?

Engineered to replace a percentage (typically in the region of 70%) of your predominant income stream (current salary) if you’re incapacitated by serious and unforeseen injury or illness. Will pay-out a monthly amount which can be utilized for any purpose, yet normally set-aside by policyholder to meet mortgage payments and other householder expenditure. Either short-term or long-term policies, with monthly premiums to pay.

When does income protection insurance pay out?

Will cut the policyholder some monetary slack after they’ve been laid-off their existing job for a period of pre-agree time, established before the policy commences. Usually anywhere between 1 week and 12 months. The longer the period you request, the lower the premiums you’ll subsequently pay; providing you have the means to support yourself/family in the interim.

Aimed at covering monthly payments on personal loans, credit card agreements, etc if and when the insured party is unable to work because of an unpredicted illness/injury/redundancy served which physically/mentally compromises their ability to undertake the normal duties of the role. Often arranged at same time as a loan.

When does PPI pay out?

You have to wait 30 days on average (after the policyholder ceases to work) before being eligible to receive payments, which themselves will only ever continue for a maximum of 2 years. Payments received (and successfully obtained under PPI protocol) are directly made the property of the loan provider as opposed to the policyholder, meaning they take care of the one outstanding debt. Because of the restrictive nature of PPI, it’s not unheard of for a policyholder to more than one plan so as to safeguard several loans.

For our money we’d always err on the side of income protection insurance policies as offering the best ‘get out of jail free’ option in the unfortunate event of compensating you should you be struck down by serious, career-threatening injury or illness at some point in your natural.

In stark contrast to the payment protection insurance alternative, the income protection provides a wealth of more comprehensively-targeted coverage, while also for the most part allowing the would-be insured party to elect to have own occupation incapacity features built in.

In addition to this it also safeguards the individual for a greater period of time, boasts fewer limitations and is normally underwritten at the point of application, so you’re in the loop from the off, as opposed to waiting until the claim stage before discovering what’s what, a la the payment protection default setting. And to top this off, you can even box tick for coverage that will take into account existing medical conditions at the point of sign up, albeit for a bumped up premium. This, to us, makes income protection something of a no-brainer.

In terms of disadvantages, well, there are some, of course, chiefly being in the past it was judged to be overly expensive (compared to payment protection anyway) for the more mature proposer and for high risk occupation manual workers.

Yet – and as many insurance providers will point interested parties towards as a viable alternative – there’s always the choice of plumping for a more short-term income protection resolution if in doubt, which pay-out for a max 12 – 24 months and which bring monthly premiums down as a result. And naturally some people might still view the absence of unemployment cover a downside, which payment protection extending to encapsulate all three risks (injury and illness being the other two).