New analysis of claims data by insurance company Churchill reveals ‘microcars’ are the most likely to be targeted by vandals. 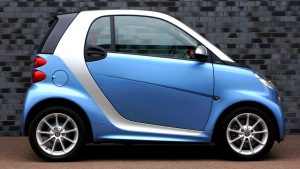 Car insurance company Churchill has revealed the top 10 car brands that are most likely to be vandalised by analysing claims data from the past four years (2013 – 2017).

The results of the study show that when it comes to criminal damage to cars, size really does matter as vandals are more likely to target smaller cars.

On average in the UK there are 2,000 claims made for car vandalism every month, which works out as a claim every 22 minutes.

According to Churchill’s data, owners of Smart cars are the most likely to be victims of car vandalism with one in 100 Smart car owners making a claim each year.

Mini’s are the second most likely cars to be vandalised, followed by Alfa Romeo’s, BMW’s and then Mazda’s.

The cost of car vandalism claims

How much a car vandalism insurance claim costs varies depending on the type and extent of the damage, as well as the type of car that has been targeted.

Over the past five years the average cost of a car vandalism claim has increased by over 40%, as more technology being used in cars (e.g. electric wing mirrors) means damage costs more to be repairs. This increase in cost is believed to be behind the rise in car vandalism claims being made, as car owners are less likely to be able to cover the repair costs themselves – and view the loss of their no claims discount and increase in premiums to be more affordable.

These average costs are based on at least 1,000 car insurance quotes for each brand in March 2018 carried out via comparison site Confused.

When are cars most likely to be vandalised?

Churchill’s data shows that October is the most common month for car vandals to strike, with Halloween ‘pranks’ blamed as the leading cause of damage in October.

Vandals are least likely to strike in December, with a 12% drop in claims made during this month.

Get a car insurance quote…

Looking for a cheap deal on car insurance? Compare quotes with Bobatoo now and let us help save you money.

Or, read our independent reviews of the top car insurance brands and get a quote direct from them: