Learner driver theory tests are now super complex and notoriously difficult to pass compared to tests taken by previous generations and have specifically become increasingly difficult over the last decade.

The baby boomers didn’t even have to take a theory test and were instead asked a few simple questions by their practical driving test examiner. And when generation X took their tests (from 1996 onwards), there were only 35 multiple choice questions with a much smaller range of topics - there are now 50!

In recent years, the Highway Code seems to have been updated as often as Covid restrictions so it’s little wonder that more than half of all learner drivers fail their theory tests.

However, don’t despair if you’re a struggling theory test student as there is always someone worse off than you - for example, one 42-year-old Brit took his theory test 158 times before he eventually passed!

The good news is that there is of course ‘an app for that’ or, in this case, several theory test apps. But, when there are so many to choose from, how do you pick out the best driving theory test app UK for you?

To help you decide, here are our top 5 picks of the best driving theory test apps in 2022.

How do I book a theory test?

How much does a theory test cost?

How long is the theory test?

What score do you need to pass? 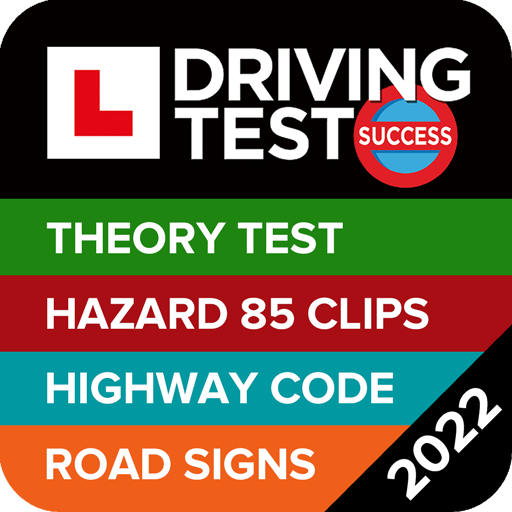 This multi-award-winning app rated Number 1 in the App Store’s education chart boasts that 97% of learners pass their theory test, plus it has a brand new intelligent learning system for 2022.

Pros: After completing the app’s ‘learner plan’ in full, should you fail your theory test, they’ll refund your app fee! Most 5 star reviewers say how quickly they passed their test and on the very first time.

Cons: Some users complain of poor quality images, about ads being on the paid version and that hazard perception tests could be better. 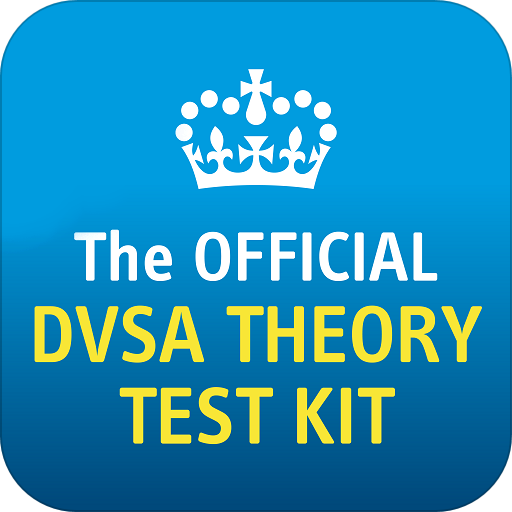 Rated as being Number 2 in the App Store’s education chart (sometimes referred to as the DVLA theory test app 2022), despite what this and other apps claim about being the ‘official’ Driver & Vehicle Standards Agency app (the DVSA being the government body who set the theory test questions), we’re not entirely convinced!

If you search for ‘official DVSA apps’ on the government’s website, there is no mention of or links to any of these so-called official apps on iOS or Android and instead, there are only links for official DVSA online tests as follows:

For the purposes of this driving test app review guide, we will of course include what is described as the ‘official DVSA theory test kit’ apps as they are actually ‘apps’ and appear to be fairly comprehensive and popular. But, notably, they’re not as popular or highly rated as some of the other apps featured in this guide.

Cons: Users say that some hazard perception videos are poor quality, inaccurate or not the same as the real test and that you can easily click too many times. 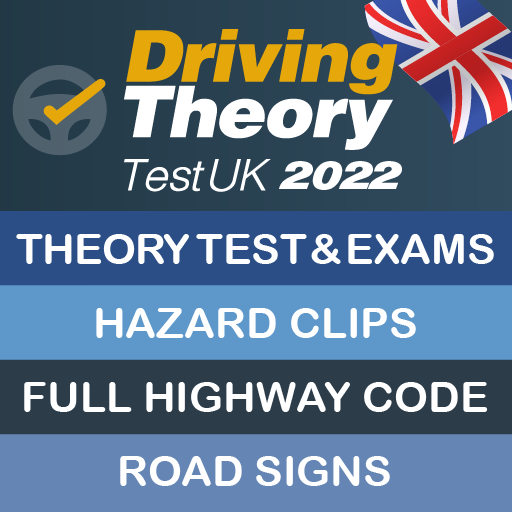 Rated Number 3 in the App Store’s education chart, this app appears to be the most popular free driving theory test app that contains a huge chunk of the DVSA approved content you need to pass your theory test.

Pros: It’s free and the most downloaded iOS driving theory test app, plus you can use it offline so you don’t drain your data.

Cons: Not as many questions or hazard clips as the paid for version and some users complain that the free version is insufficient.

The hazard perception test (HPT) is a stumbling block for many young drivers and this app has a whopping 80 HPT videos to sharpen your skills and all material is licensed by the DVSA.

Pros: States that no other app, CD or book has more questions and there is a vast selection of HPT videos.

App name: Driving Theory Test 2022 UK (iOS) (or there’s an outdated version by the same developer on Android we have chosen not to add a link to in this 2022 guide)

Cost: Free for a limited version or £4.99 for the full version

Pros: DVSA revision content that is pretty comprehensive and accurate, plus you have a ‘personal trainer’ that flags up the questions you frequently get wrong.

Cons: Free version is very limited so most users have to pay to ‘unlock’ the whole app and don’t like that it’s described as being free. Some low user ratings for Android say the app is outdated and not the best user experience.

Are you a learner driver or have recently passed your driving test?

Get an affordable car insurance quote with Bobatoo

How do I book a theory test?

You can easily book your theory test online or, if you have any issues or queries, call 0300 200 1122. Watch out for scam sites offering a theory or driving test booking service; only use the government’s official website to book your test.

How much does a theory test cost?

The current theory test price is £23 for cars and motorcycles although it’s anticipated this will slightly increase to £23.40 this year. The practical driving test currently costs £62 and is expected to increase to £62.90.

How long is the theory test?

You have a total of 57 minutes to answer 50 multiple choice questions and are allowed a 3 minute break before taking the hazard perception test which takes approximately 20 minutes.

You do not have to use the whole 57 minutes to answer the multiple choice questions if you finish them much earlier and want to move on to the hazard perception tests.

What score do you need to pass?

Are you a learner driver or have recently passed your driving test?

Get an affordable car insurance quote with Bobatoo