The clocks are about to go back, the nights are already beginning to draw in and the weather is definitely starting to turn chillier. That's right folks, it almost time for Christmas!

We recently carried out a survey to find out the UK’s Christmas spending habits. We asked 1,000 people ten questions ranging from how many people they buy Christmas presents for, to how much they usually spend in total.

We found that, despite setting a budget, the majority of people in the UK tend to over spend at Christmas.

Also, although a large percentage of participants start their Christmas shopping a few months before, there are some very organised people who start before July!

Here's the key findings from the survey:

Most people start their Christmas shopping between October – November

Most buy presents for between 11 and 20 people

Teenagers get the most spent on them at Christmas

The majority of people spend between £500-£700 on presents

Most people fail to stick to their spending budget at Christmas

See the full results of our survey below...

When do you start your Christmas shopping?

The results show that 9% of people in the UK begin their Christmas shopping before July, though the most popular time to start buying gifts is between October and November.

However, almost a quarter of you (24%) like to leave things to the last minute and don't start Christmas shopping until December: 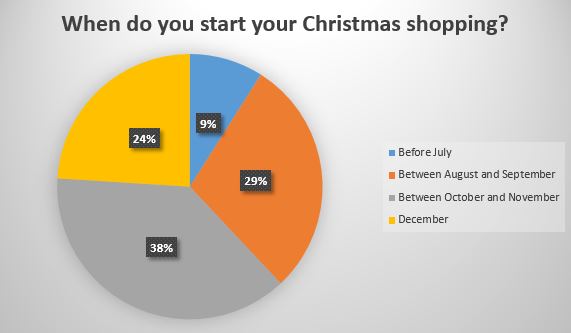 How many people do you buy Christmas presents for?

The vast majority of people in the UK (82% in fact) tend to buy Christmas gifts for between 6 and 20 people. 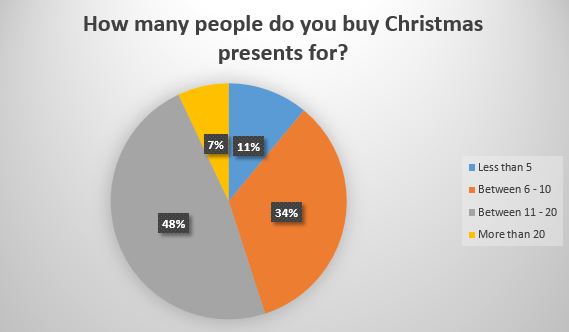 Where does the majority of your Christmas present budget go?

It came as no surprise to find that almost 70% of people spend the majority of their budget buying presents for their children.

It seems spending money on your partner and other family members doesn’t take priority, and friends don't get much of a look-in - except for maybe cheap 'Secret Santa' gifts. 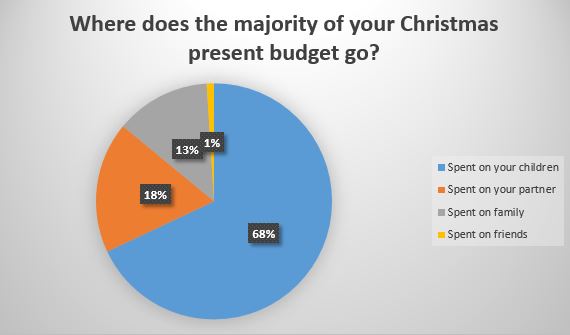 How much do you spend on Christmas presents for your partner/spouse?

When asking people how much they spend on their partner/spouse at Christmas, the results were pretty even. 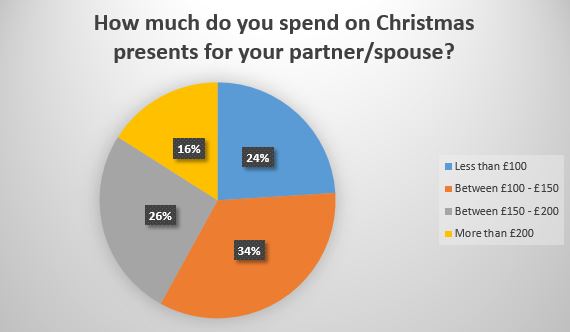 Which age range do you spend the most on at Christmas?

Some say that buying lots for a baby at Christmas is pointless as they are too young to understand what is going on, and the results we got from our survey seem to back that statement up.

Children aged between 5 and 16 get the most spent on them at Christmas, with teenagers just edging it (36%). 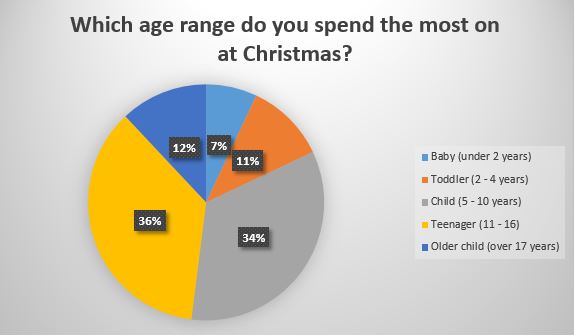 How much do you spend per child on Christmas presents? 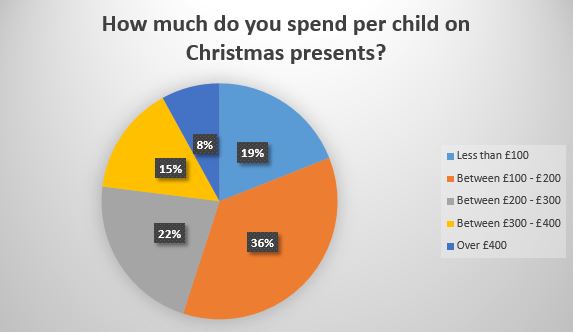 How much do you spend on Christmas presents?

We’ve always known that Christmas is an expensive time of the year, and our survey results show that the average amount spent on Christmas presents is between £500 and £700.

With extra expenses like food, drink and decorations, it’s no wonder people get so stressed out! 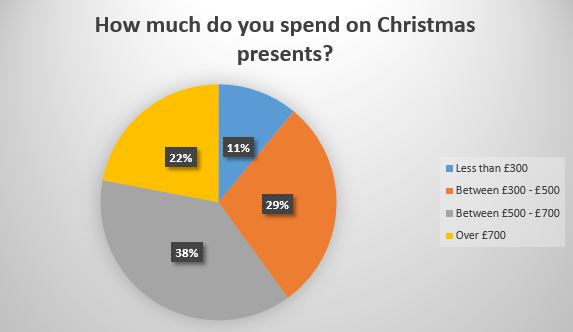 How much do you spend on Christmas - excluding presents?

On top of the Christmas present budget, 46% of you spend between £200 and £300 on things like food, drink, decorations, parties, clothing and any other expenses they may have.

Though this is the rough figure for the majority of people we surveyed, 22% of them spend over £300! 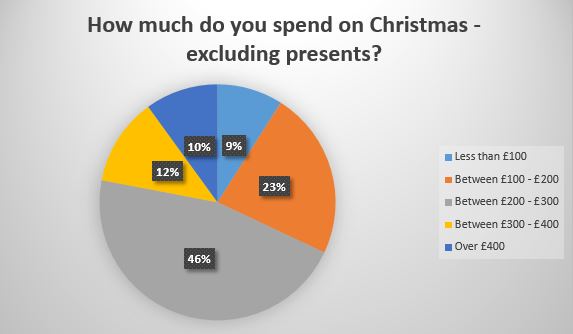 Do you stick to your Christmas spending budget?

We were surprised to find out that 7% of people don’t set a budget at all for Christmas spending, although we can see why when 75% don’t stick to their budget anyway.

We applaud the 18% of people who manage to stay within their budget! 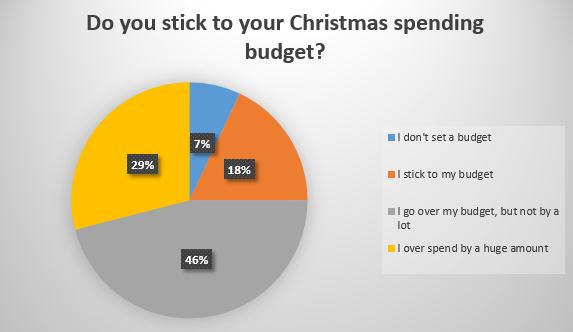 Where do you do the majority of your Christmas shopping?

We were interested to see where people do most of their Christmas present shopping – online or in store.

The results show that there isn’t a lot between the two. It would be interesting to see how the results of this question change in years to come... 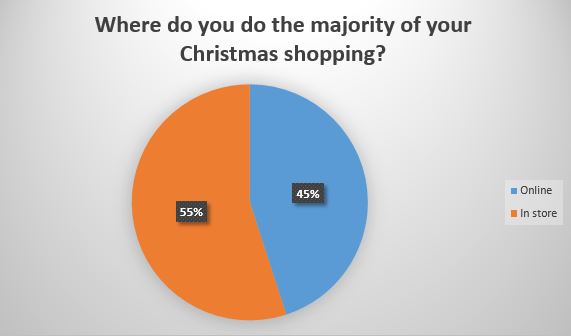 If the findings of this survey tell us anything, it's that Christmas is getting more and more expensive for us - and the need to plan financially is more important than ever.

Protecting your income is key to planning ahead and ensuring your peace of mind. Learn more with our income protection insurance buying guide as well as our post about the UKs best cashback sites to use when shopping online, to help make your money go even further.