Am I Insured to Drive Other Cars? 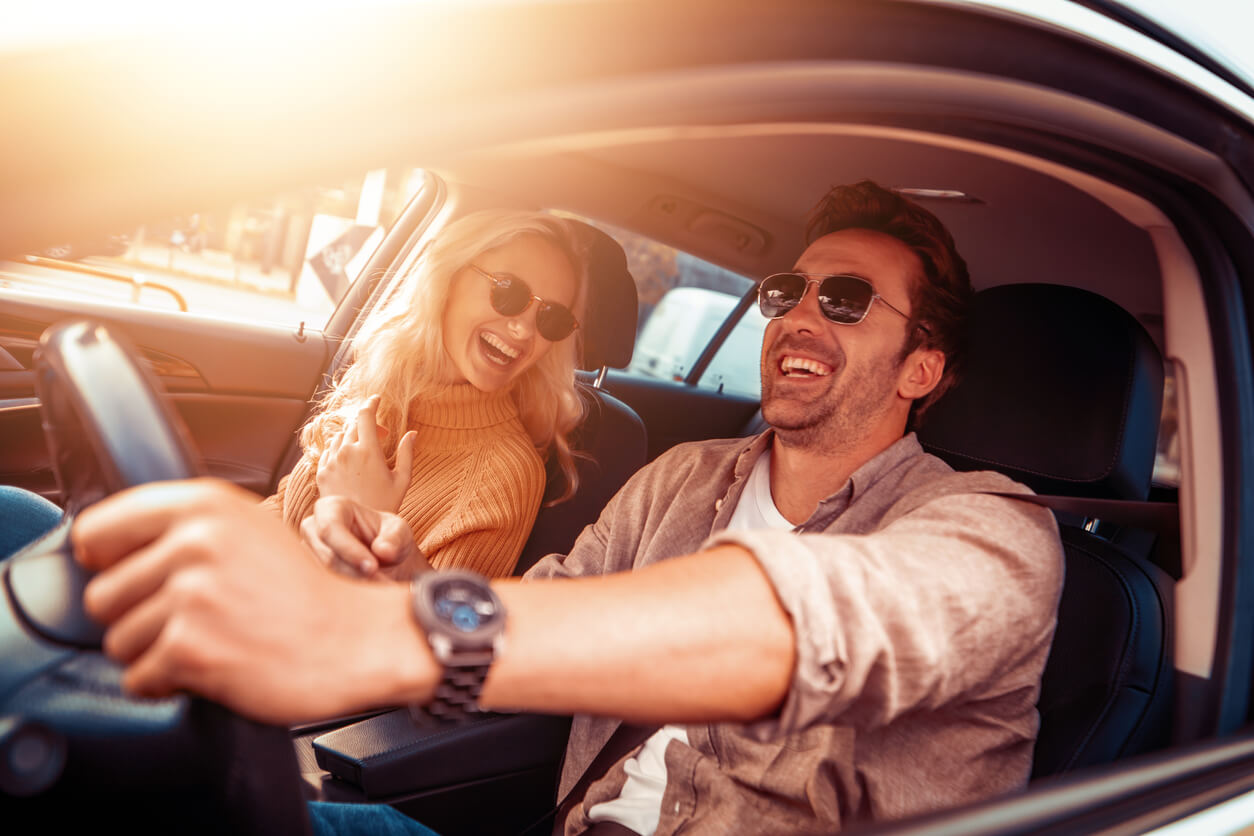 Drive any car insurance, otherwise known as cover for driving other cars (DOC), used to be a standard feature on most fully comprehensive car insurance policies, allowing drivers to get behind the wheel of any car they wanted, knowing that if the worst should happen, they'd be covered by their insurance policy.

Times have now changed, however, and most insurance policies don't allow motorists to drive any other car at all.

In many cases, drive other car (DOC) insurance is only made available to those who request it and often comes at an extra cost, but many people are still under the impression that their own insurance legally covers them to drive somebody else’s, which may not be the case.

In this guide, we will clear the confusion surrounding ‘drive any car insurance’, providing expert advice on what to do if you ever need to drive someone else's car which you are not insured for.

Am I insured to drive other cars?

It is true that some fully comprehensive car insurance policies allow policyholders to drive other cars on a third-party-only (TPO) basis – this means that, in the event of an accident, insurance would only pay out for damage or injury sustained by anybody else involved in an accident – it does not cover you or your vehicle.

It is important to remember that more and more insurance providers are excluding third-party DOC cover from their policies, meaning many that drivers are not covered to drive any car other than their own.

If you’re unsure whether or not you’re insured to drive other vehicles, you’ll need to check the terms of your existing policy before stepping foot inside the other vehicle to see if you have DOC cover and understand what you are and aren’t covered for.

Note: If you have third-party-only cover, it is very unlikely that you’ll be insured to drive someone else’s car as this isn’t generally offered with this type of policy (including third-party, fire and theft policies).

How do I find out if I have car insurance to drive any car?

Whether or not you have insurance for any car will be outlined in the policy documents you received (either through the post or via email) when you first took it out.

If you cannot find anything which clearly states that you are covered to drive other cars, our advice is to assume that you are not – until you’ve called your provider to ask them directly, it isn’t worth taking the risk of driving around uninsured.

DOC insurance - What is it?

In simple terms, DOC is additional cover that insures you if you need to drive another car in the event of an emergency.

If you do have this cover with your existing policy (be sure to check this), you must bear in mind that it is not to be thought of as standard, fully comp car insurance or short-term/temporary cover; it does not give you permission to drive another car regularly or every weekend, for example.

If you find that you aren’t covered to drive other cars with your current insurance policy, there are ways to get around it. One of the most popular methods of ensuring that you’re driving legally behind the wheel of somebody else’s car is to get temporary car insurance.

Also known as short-term car insurance, temporary car cover offers comprehensive cover for as little as one hour or as much as 28 days, making it the ideal policy for those looking to share the drive on a long journey or drive a car home before arranging permanent cover.

Short-term cover is an easy, affordable way of making sure you’re legally allowed to drive someone else’s car and it takes just a matter of minutes to arrange online.

You can find out more about temporary car insurance and the best providers here: The best short-term car insurance or get a temp car cover quote with Bobatoo today.

Can someone else drive my car (UK)? – Named driver car insurance

If you need a more permanent solution to driving somebody else’s car now and again, consider asking the legal owner of the vehicle (and insurance policyholder) to add you as a named driver on their car insurance policy.

Named drivers are entitled to the exact same cover as policyholders in the event of an accident, making it an ideal option if sharing a vehicle on a semi-regular basis.

It is important to remember that the main driver of the vehicle must be the person who drives it most frequently and the named driver must be somebody who doesn’t drive it as often. Failing to adhere to these rulesd could see both drivers convicted of car insurance fronting.

It is important to remember that the main driver of the vehicle must be the person who drives it most frequently and the named driver must be somebody who doesn’t drive it as often. Failing to adhere to these ruled could see both drivers convicted of car insurance fronting.

Adding a named driver to a car’s insurance policy will increase the premium slightly in most cases, but there are some scenarios in which doing so will actually save the policyholder money. For example, car insurance for young drivers is typically cheaper when adding another experienced driver to the policy, such as a parent with a clean driving history.

Learn about the potential effects of named driver insurance in our guide: The implications of being a named driver

Why can't I get DOC insurance?

The main reasons why a motorist might not be able to get DOC cover are:

Car insurance for those under the age of 25 is typically quite expensive. This is because younger drivers are deemed to be a greater risk to insurers, given that they are statistically more likely to make a claim due to their lack of driving experience.

It is for this reason that insurance for driving other cars is seldom included in the average car insurance policy for those aged under 25, as there is inevitably an increased risk of them being involved in an accident in someone else's car.

Some insurers will grant DOC insurance on request, but this can drastically increase the policyholder’s annual premium.

If you’ve done your research on finding cheaper car insurance premiums, you might already know that your job title can have a massive impact on the cost of your cover.

What you might not have read, though, is that it can also determine whether or not you get the freedom of ‘drive any car’ insurance.

If your job is deemed ‘high risk’ by insurers, there is little chance that you’ll get DOC insurance included in your policy as standard – those working in the motor industry who are likely to hop from car-to-car are unlikely to receive DOC insurance without paying an extra fee.

Read more: How your job can affect the cost of car insurance

Another exclusion usually applies to those wanting to drive a vehicle that is owned not by their employer, but a third-party lease, hire purchase or renting company. Many motor insurers won’t entertain the idea of someone else borrowing a leased or rented car, as that could open up a can of worms in the event of an accident; in terms of ownership, responsibility and ultimate culpability.

As less and less insurers are providing DOC cover, it’s always best to check with your provider if you’re not sure.

Usually, a driver who owns a car that has a powerful engine will face higher premiums than someone that has a car with a standard-size engine. This is because the increased performance puts the driver at a higher risk of having an accident.

Some insurers won’t provide cover for certain high-performing cars due to the risk involved, so many motorists have to find a specialist insurance provider.

So, if the car you usually drive has a standard engine but you want to borrow your dad’s sports car, the insurer is unlikely to offer you DOC cover due to the risk involved.

In this situation, you’re best options are to look at either being a named driver on your father’s insurance policy or getting short-term cover.

Can I drive my partner’s car?

Whether using their car while yours is in the garage or taking it to the shops when they’re blocking you in, one of the most common reasons for needing DOC insurance is so couples can drive each other’s cars.

With this in mind, it should be acknowledged that this is actually an exclusion from many policies which include insurance to drive any car.

MoreThan, for example, states that DOC insurance only applies if “the car is not owned by (or hired under a hire purchase agreement by or leased to) you or your partner”.

If you think that you might need to drive your partner’s car from time to time then your best option would be to add yourself as a named driver to their car insurance policy. If you are both experienced drivers with a no-claims bonus then this is unlikely to change the cost of cover too much. Just remember that the named driver must not drive the car more than the main policyholder.

No. In most cases, car insurance providers will only offer third-party cover when the policyholder is driving somebody else’s car as it is only there to allow another motorist to drive the car in an emergency.

This means that if you have an accident in someone else’s car with DOC cover, you will only be covered for the cost of damage to the other car and you will have to pay for any costs relating to your own vehicle.

Rather than relying on the third-party-only cover issued for drivers behind the wheel of somebody else’s car, drivers are far better off taking out a cheap temporary car insurance policy or being a named driver on their policy, as both these options offer fully comprehensive insurance.

When considering testing out your mate’s new motor or dropping the kids to school in your spouse’s car, it is crucial that you never lose sight of the underlying fact that it’s against the law to drive a vehicle without appropriate insurance cover. Doing so will result in you receiving an IN10 conviction which brings with it a fine (£300 unless your case goes to court) and 6 to 8 penalty points which will remain on your driving licence for 4 years and increase your future car insurance premiums.

Plus, the legacy of picking up this endorsement will last longer than you might otherwise think. In the years to come, motor insurance providers are likely to take a dim view of would-be policyholders who possess this unsightly blot on their licence, effectively increasing their insurance premiums considerably.

Bobatoo can help find you great cover at a great price that suits your individual needs. Tap the button below to get a standard car insurance quote or see our related guides below for further tips and advice: