What is group income protection insurance? 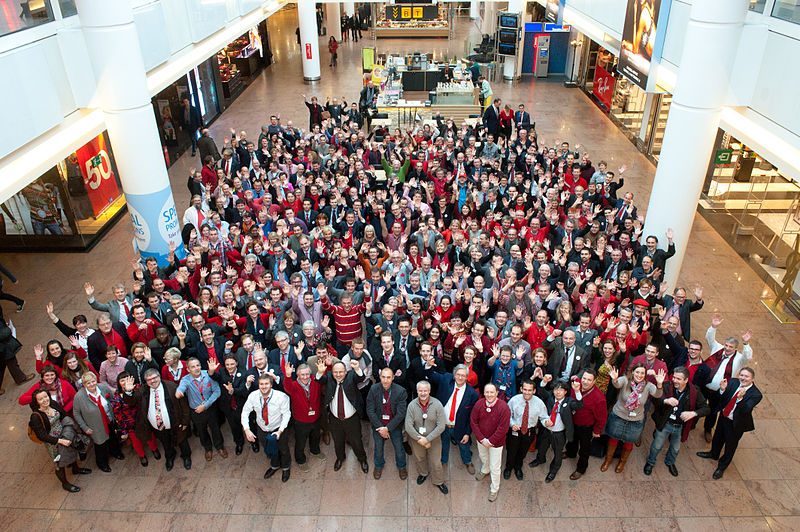 Some of the best things in life come in groups. Look no further than Jedward, East 17, The Darkness, One True Voice, Blazin’ Squad….need we go on?

By grouping something together there is normally something for everyone in one way or another. Well, that’s the plan anyway. Continuing the tenuous music link, think of the Spice Girls: Sporty, Posh, Ginger, Baby and Scary appealed to people on a different level. Unlike Another Level, who generally appealed to nobody. Anyway, what we’re trying to point out is that for the most part when individual elements are grouped together there’s a good chance that someone will get something out of the collaboration. Which (kind of) leads us to group income protection insurance…

This hugely popular insurance product is aimed at those who don’t wish to perform solo when it comes to arranging income protection cover for themselves and would rather be under the wing of a broader commercial church.

There are a host of benefits to two (or more) becoming one through your current employer, not least the one which tends to get commonly overlooked; that being rehabilitation benefits.

Often available as an integral part of the group income protection policy, rehabilitation features routinely offer on-going support for employees who are dealing with stressful situations and actively encourage recovery while also gearing policyholders up for their return to the workplace.

There are advantages for the employer too, which are twofold in as much as it helps reduce the cost of long term illness or injury lay-offs to the company (for example recruiting and training replacement staff) while also retaining the invaluable skillset and knowledge that has been accrued and harnessed over time by the individual employee.

Essentially group income protection insurance is designed with the sole objective of helping the policyholder to adjust to and subsequently manage the onset of long term sickness absence in a more effective manner.

The sickness aspect refers to either a serious injury sustained by the insured party or the diagnosis of an often career and life-changing illness or medical condition.

Financial support is put in place for those employees/policyholders who are stricken down by either or these unpredictable episodes which can suddenly blight all of our lives and without any previous warning.

This is achieved by way of the provision of a guaranteed source of income for those categorically unable to continue their work as a direct consequence of major illness or freak injury; therein financially supporting them during what can be both an emotional and financially challenging time in their lives.

Manifesting itself in various forms, group income protection insurance will always furnish those claiming on the policy with a pre-agreed percentage of the employee’s gross salary (minus the government-granted Employment and Support Allowance, along with the employer-deducted National Insurance and tax).

The various forms – or levels – of group income protection insurance cover the individual chooses goes a long way to determining how much premium you’re likely to pay. As a generally accepted rule of thumb, the greater the percentage of an employee’s salary covered by the policy, it follows suit that the premium paid will reflect this monetary amount.

Levels of cover typically range from 50% – 75% of the policyholder’s gross earnings, although additional options can be specified from the outset of arranging a group income protection plan. One of these allows the employer the right to vary the covering 50% of the policyholder’s salary and affording them the opportunity to purchase up to 75%, while elsewhere differing levels of cover can reflect the different employment grades enjoyed by employees within the company at the specific time of organising.

Meanwhile other policy options open to those taking on group income protection insurance packages are ‘deferred period’ features and ‘indexation’. The deferred period relates to a particular (and clearly defined) passage of time from which an employee is initially signed off work to the exact timeframe when the group income protection insurance provider commences the claim pay-out.

This is often aligned with occupational sick pay which the majority of employees are entitled to if they are in possession of an employment contract and are sick for a minimum of 4 consecutive days.

Incidentally, people should never rely on statutory sick pay as an alternative means of insurance cover in the event of illness or injury compromising their ability to work in the medium to long term as the very nature of this financial safeguard results in it being of a blatantly short term definition and will rarely stretch due to its limited disposition.

Back to the matter of deferred periods though, and the longer this period is the lower the group income protection insurance premiums tend to be, based on the theory that the greater the duration the lower the risk, historically, of a claim actually being lodged by the policyholder.

Indexation on the other hand refers to a sliding scale of payable benefit which mirrors inflation and the economy as a whole. Given that an income protection plan might, potentially, pay-out perpetually for an indefinite period means that the benefits are normally subject to fiscal fluctuation. This financial uncertainty can be addressed by plumping for an indexation feature which effectively protects the policy against inflation by adding what’s referred to as an ‘escalation option’.

This accruement ensures that any benefit payable will increase over time and will increase in line with the Retail Price Index (RPI), to a maximum of 5%.

Group income protection insurance claims are paid by employers, with employees receiving pay-outs as part of their salary

Another group income protection insurance option worth considering is the inclusion of individual policyholder coverage of the NI and employer pension contributions, notably courtesy of the benefit being processed through conventional PAYE means prior.

And that’s because – as mentioned earlier – a group income protection insurance plan is held with and paid-out by the individual’s employer, thus meaning that any future benefit payment is paid directly to the company in the first instance.

Subsequently the benefit is processed through PAYE (similar to an employee’s salary), who then release the funds in the form of employee income.

Naturally – and as is the case with a cross-section of personal and group insurance products – a range of personal factors can and will affect the amount of premium paid, along with the aforementioned deferment element; chief amongst which is the policyholder’s age.

It’s no secret that the older an individual is the more prone to aches and pains they become, while being incrementally more susceptible to various health implications; the upshot of which being the more likely they are to have prolonged phases unable to carry out their normal employment duties.

This fact of life isn’t overlooked by the policy providers who ascertain general ages beforehand, so if you’re part of what’s believed to be an ageing workforce then premiums across the board will reflect this. Another core differential is that surrounding the industry in which the insured party (or parties) work, whereby group income protection insurance providers will gauge the propensity for the systematic occurrence of both mental and physical conditions in the workforce. While some employment sectors here in the UK are more physically demanding than others, staff operating in some industries are more vulnerable to stress-related conditions. Either way, the more the chances are that employees might fall prey to medical conditions/injuries instigated by their work environment the higher the premiums once again.

Things you might not know about group income protection insurance products in summary: