What’s the difference between income protection and life insurance? 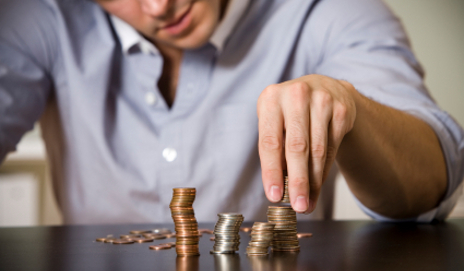 This question’s easy to answer at first glance, and is typically a matter of life and death. Or to be more precise, life OR death.

You see, whereas income protection habitually pays out if you’re struck down (and consequently unable to maintain your employment) by a serious injury or long-term illness, with life insurance the clue’s in the title.

In as much as, historically, it only pays out in the event of your death. And while income protection benefits the policyholder directly (should your earning ability be critically hampered), life insurance compensates your loved ones and not yourself for obvious reasons.

In addition to this, another factor which differentiates between income protection and life Insurance is the timing and manner in which they compensate the benefactors.

Income protection seeks to make a series of consecutive payments, affording the recipient/policyholder a pre-agreed percentage of their regular employment income and is generated for the duration of your injury/illness lay-off or until you reach retirement age.

On the other hand convention dictates that life insurance takes the guise of a one-off, pre-determined lump sum.

Ironically – and according to research – here in the UK employees are three times more likely to pick up an injury or illness which renders them unfit for work for upwards of a year, than they are to succumb to death during their working life.

Yet despite this statistic, families are far less likely to safeguard against potential long-term, career-threatening injury or illness than they are preparing for their untimely demise it would appear.

Whilst on average 5 – 6 out of every 10 people have a life insurance policy in their name, that figure drops to an appalling 1 in 10 when it comes to income protection.

Perversely, a greater number of insurance policy-arranging consumers purchase cover for both their pets and mobile phones than insure the main means to that end – their income.

Just to throw in a curveball though, and there’s always critical illness insurance policies to throw into the melting pot at the same time as comparing and contrasting income protection and life insurance.

As an alternative to both the aforementioned, critical illness insurance affords the policyholder a lump sum compensatory package if they’re diagnosed with an illness listed in a pre-agreed policy. An illness which typically is so far-reaching it severely restricts their chances of returning to work, whereas income protection insurance can be actioned in light of the policyholder being vocationally side-lined by the perceivably less catastrophic stress and back problems.

One of the main differences between the critical illness insurance plan and the income protection alternative is the former only pays out the once (although under special arrangements this sum can be spread over a pre-defined period of time), with the latter allowing the claimant to re-claim as many times as required over the contracted term.

Pros of critical illness insurance include the policyholder being able to freely choose the amount of cover they want (as it’s not income-linked), while cons are cited as it being an expensive cover along with being overly ambiguous and complex in its definition of cover.

The advantages of income protection insurance are that it’s especially useful for self-employed people who do not ordinarily benefit from an employer’s sick scheme and that it’s universally seen as cost effective on account of its propensity to pay-out  indefinitely. Disadvantages are premium costs and the fact that they’re income-specific.

Get a quote for income protection insurance

Here at Bobatoo we work with a host of leading income protection insurance providers to help find you a great deal.

Get your free, no obligation quote now: