Why income protection for tradesmen is especially important 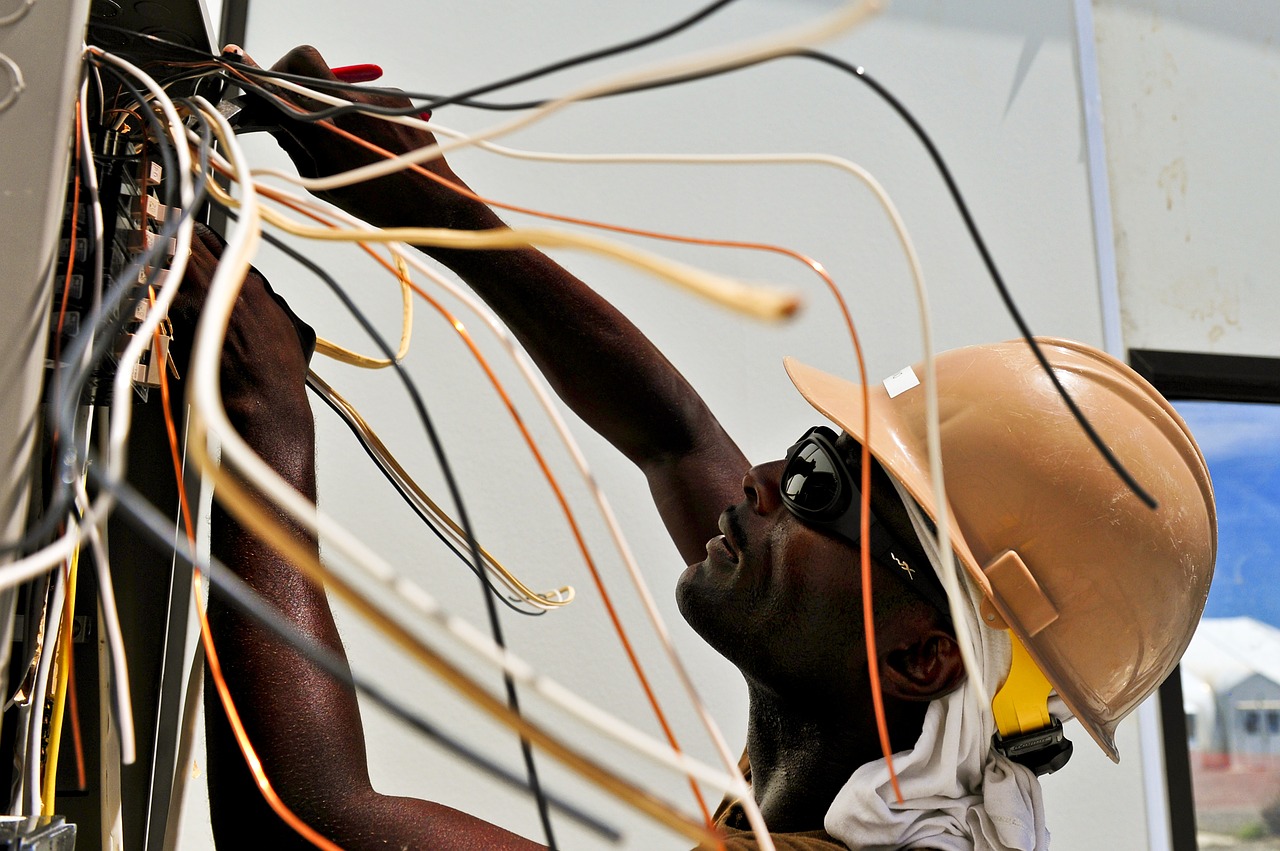 You are your own boss. You are the master of your own (career) destiny. It’s you and only you responsible for making ALL the key decisions. You certainly can’t ask the audience and there’s absolutely no chance of phoning a friend, while opting for going 50:50 is largely pointless. No, the buck stops with you.

But then, this is what you’ve always dreamed of, right? To not have to answer to anyone, free from the shackles of being an employee and at liberty to choose how you want your current role to pan out.

But with great power comes great responsibility, and for those going it alone you’ll constantly have to stay on your mettle to remain one step ahead of the chasing pack/game/competition (delete as applicable).

If you’re a self-employed tradesman then one of the greatest responsibilities which routinely falls within your remit is that of ensuring that you’re adequately insured, and essentially have a financial safety net in place should things go a bit awry.

Not just any old insurance mind (although health and life insurance products wouldn’t go amiss either while you’re at it), but expressly a decent and far-reaching income protection policy.

Odds on that you’ve long had a liability insurance policy in place, covering any employees you may have and properties you’re working on in case of damage incurred during your watch. But what about you? By covering yourself for any unpredicted slip-ups (be they injuries or illnesses) then when it comes to obtaining financial support to help you through what could be a lengthy lay-off you won’t be left dangling in an insurance no-man’s land.

Puns aside, and putting on our serious faces for a moment, if you’re a self-employed tradesman of any description then it’s imperative that you safeguard you and your nearest and dearest’s financial future should something career-threatening stop you in your tracks unexpectedly.

By arranging an affordable and comprehensive income protection policy any lost income from periods of being unable to work will be compensated for to a certain extent by the fund the individual policyholder has been paying into over a pre-agreed period of time.

There’s no escaping the fact that if you’re a tradesman (be it a builder, plumber, scaffolder, electrician, welder, etc…) there’s a fair chance that your daily work brings you perilously close on some occasions to what might be considered potentially dangerous situations. More so if you’re working at heights on construction sites or with electricity sources in any context.

Therefore the increased risks of sustaining injuries alone make arranging an income protection insurance plan all the more important from the outset.

Think about a hypothetical scenario whereby you pick up an injury in the line of nailing/hammering/screwing duty which results in an indefinite lay-off on the advice of your GP.

Not exactly beyond the realms of possibility given your habitual working environs and constant exposure to imminent danger really is it?

The question is, who picks up the financial pieces in this instance?

The good news is your income protection insurance policy provider will be contractually obliged to at least contribute a large percentage in the event of this situation arising out of the blue.

That’s because income protection insurance is a form of trade assurance that can afford the policyholder pay-outs in the region of between 50 – 75% of their gross income (at the point of injury/illness occurring). What’s more, this sum will be paid on a monthly basis and for as long as the insured party is incapacitated and ultimately unable to return to their normal role and historic duties.

Then there’s the bigger picture you’d be foolish not to consider too. You work for yourself, let’s say for argument’s sake you’re a freelance landscape gardener by profession. Since your injury – and subsequent period of recuperation and demanded vocational inactivity – Mrs Bloggs at No 34 has turned to someone else to mow her lawns and tend to her borders. You can’t expect Mrs Bloggs to let their gardens go to rack and ruin whilst you’re holed up at home, a captive audience to BBC1’s daytime series, Bargain Hunt. She will have looked elsewhere in the meantime. So by the time you’re fighting fit and return to your previous green-fingered ways the odds are that your pre-accident client list has dwindled. Now what?

Well, at least if you had the foresight to take out income protection to guard against the fiscal shortfall encountered when times are tough you’ll have a financial platform on which to start re-building your customer base and finding your feet again.

The type of income protection insurance which is best suited for qualified and experienced tradesmen from all walks of life is ‘own occupation’ cover, which also happens to offer the most extensive range of cover, albeit charging the most in terms of premiums.

However, due to the inherent risk element involved in certain jobs (those who work at heights often are excluded) not everybody would automatically qualify for this type of income protection cover; so check with a potential provider beforehand.

Therefore an alternative policy to entertain would be ‘any occupation’ or even an ‘activities of daily living/work tasks (ADL)’ variation on an income protective theme.

The ‘any occupation’ option specifically means that your injury or illness compromises your physical or mental ability to carry out ANY role, whereas by comparison the ‘activities of daily living/work tasks’ relates to the individual proving themselves incapable of (usually) three out of six activities listed.

Such tasks include doing laundry, cooking and housekeeping, or, in some cases, walking, using a pen or keyboard, hearing, speaking or seeing.

This income protection insurance option (when and where available) will represent value for money bearing in mind that the highest risk to this class of work is likely to be of a very physical or indeed, risky nature. To put its worth into context, imagine if you sustained a fall in the work place which injures your back. The consequence of this might well be that the policyholder is thereafter temporarily indisposed by the nature of injury, rendering them unable to walk, lift or bend; which would trigger the clause of such a policy.

There’s a further break down with regards to the different types of income protection insurance as well which needs to be thought through. Like those Russian dolls which become increasingly smaller when they’re opened, with each income protection policy type there are normally a choice of three separate features.

‘Guaranteed’ packages ensure that the premiums remain fixed over the lifetime of the policy and despite often being expensive in the short term pan out in a monetary sense from the mid-point of the agreement cycle onwards.

‘Reviewable’ policies – as implied in the title – are subject to yearly reviews and start off cheap yet conversely often wind up more expensive in the long term; not least due to the older the policyholder the more risk taken into account.

Speaking about age, the ‘Age-related’ policies tend to be similar to reviewable counterparts, with the biggest difference being you’ll know how much your premiums will increase by year-on-year at the point of sign-up. This type of plan finds favour amongst those who hold down dangerous jobs and who by default are used to forking out for higher premiums at the best of times.

Referring to both the amount of pay-out received and length of continual recompense, and the former should always be defined and underwritten so as to cover particular bills and household expenditure (mortgage payments, personal loans, credit cards, utility bills, food, etc…) or the percentage of the policyholder’s income as mentioned earlier.

The latter is determined by the individual at the policy arrangement stage and will be limited to a maximum period. That maximum period will not exceed the expiry date of the policy, which is often scheduled to tie in with a perceived retirement date, dates in which children complete their full time education or perhaps most crucially to some, the end game of an existing mortgage agreement. There are dedicated income protection policies which pay out for a shorter fixed period (5 years for instance), which work out less expensive. The scope of plans such as these allows the policyholder to claim many times under the same initial agreement if injury or health proves an immovable obstacle to your work.

In terms of when any income protection insurance plan pays-out to successful claimants always depends on ‘deferred periods’. This refers to the interim passage of time between sustaining an injury (or being diagnosed with an illness which equally hampers your best work efforts for an indefinite period) and requesting the pay-outs to officially commence.

Various factors can influence this time scale, including the insured party being eligible for statutory sick pay (not likely for self-employed tradesmen). The only aspect which might be of interest to this demographic is if you have savings to fall back on which will extend to cover a certain period in between, or alternatively in receipt of family help, financially.

Worth noting however, that the longer the intervening period the more competitively priced the premium will end up being, while the most common stretches of time tend to be 4, 13 and 26 weeks along with 12 months in some cases.