Are winter tyres worth buying? 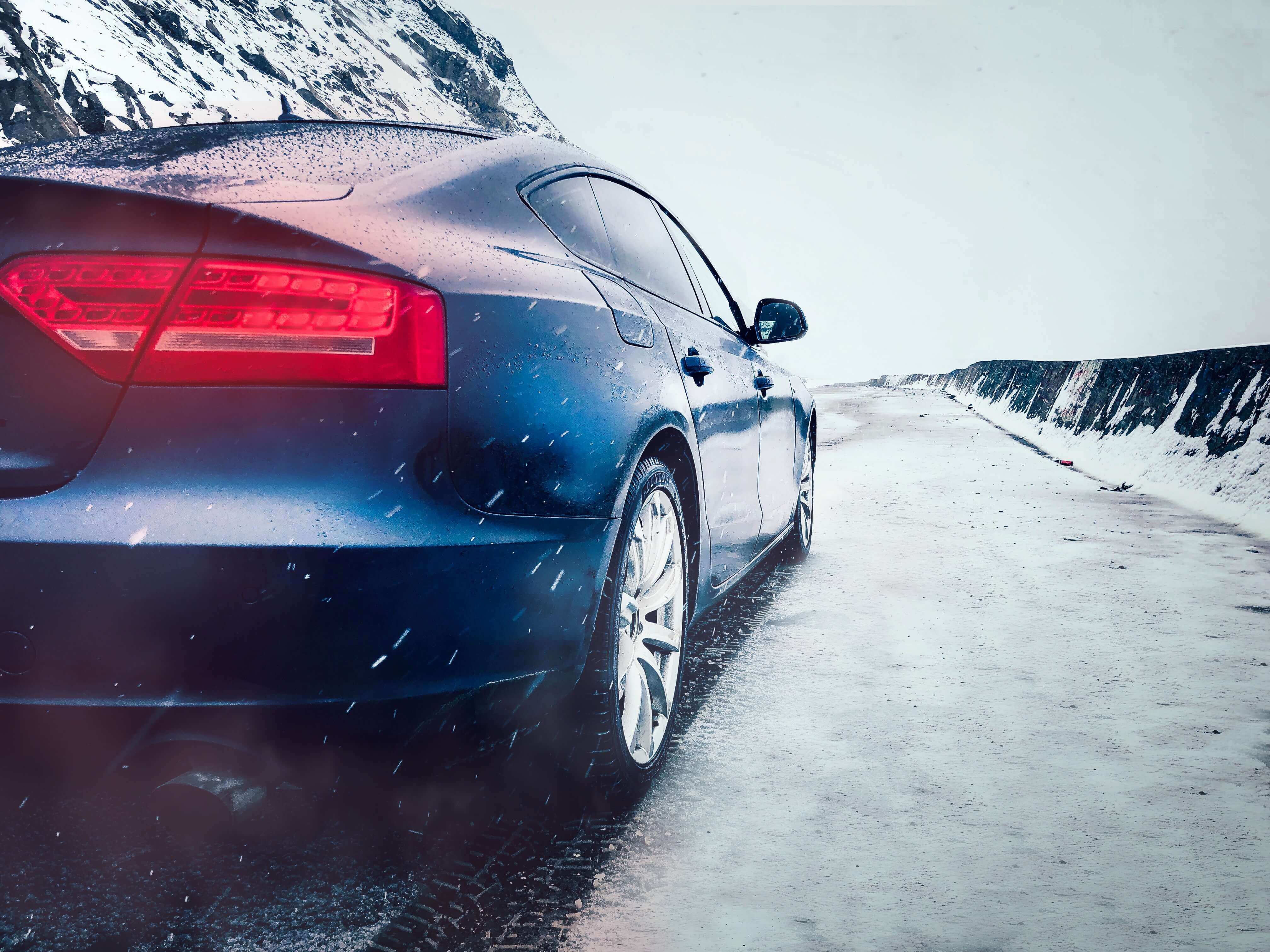 While we’re quite lucky in the UK to not experience too much snowfall or terribly bad winter weather, when it does snow in the UK or if it’s incredibly icy, it’s fair to say that most people aren’t prepared for the harsher road conditions.

Unlike some countries such as Germany, Iceland, Sweden and Austria where winter tyres are mandatory, that’s not the case in the UK. However, it can offer you peace of mind to change your tyres during the winter months. In our guide below, we talk about how to find the best winter tyres, when to replace winter tyres and wheels in the UK and how to find cheap winter tyres.

What are winter tyres?

Unlike what many people think, winter tyres don’t have any kind of metal studs poking out of them. Instead, they are tyres that are used for specific winter reasons such as when the temperatures drop significantly and when the roads are icy and slippery.

They provide more traction and grip when it’s icy and snowy, as well as when it’s dry, as long as the temperature is less than 7°C.

When to fit winter tyres in the UK

There’s no exact timeline for when you should fit winter tyres in the UK, but around the end of November to the beginning of March is probably a good time to have winter tyres fitted to your car.

It’s recommended that you should fit winter tyres when the ambient temperature drops below 7°C for an extended period of time and you should change them again when temperatures start to rise above that.

How long do winter tyres last?

Winter tyres will usually last for the same amount of miles as summer tyres, but there’s no exact length of time that you can expect them to last for.

However, if you use winter tyres in the summer months, then they’ll start to wear out much quicker due to the increased temperatures, so it’s a good idea to remember to swap between the two depending on the season.

How do winter tyres work?

Winter tyres work differently from summer tyres in that their tread pattern has more grooves which helps to displace water when it’s raining, snowing or icy.

Furthermore, winter tyres are also fitted with more silica which means they remain soft even when the temperatures reach freezing so they’re much safer and not as slippery as summer tyres.

Winter tyres also have rubber blocks that vibrate when they’re moving so snow doesn’t cling to them, whereas summer tyres get clogged up with snow which reduces their effectiveness and safeness.

Can you use winter tyres in summer?

While it’s not illegal to use winter tyres in the summer, it is seriously advised against for a number of reasons.

First of all, driving with winter tyres in the summer months seriously reduces fuel efficiency, so you’ll end up paying more for fuel. This is because winter tyres have a much higher rolling resistance as the soft rubber of the tyre changes shape more often so the tyres will be dragging more, meaning that you’ll use more fuel.

Winter tyres are specifically designed to be used in colder temperatures. The rubber that they’re made from is less effective at dispersing heat, which increases the risk of overinflating and could result in the tyre blowing out, so using them in the summer could prove to be riskier.

If you want to keep your winter tyres on your car in the summer for purely convenient reasons, we completely understand that as it can be a bit of a faff having to change between the two types of tyres each year.

If this is your main concern, then you could consider investing in all-season tyres which are designed to be used in both the summer and winter months. However, while all-season tyres work perfectly fine, the car will never perform quite as well as it should as if it was fitted with tyres suited to each season.

How much are winter tyres?

The cost of winter tyres depends on numerous factors such as the make and model of your car, the size of the tyres and the brand of tyre that you choose. Usually, you can expect to pay pretty similar prices for winter tyres as you would for summer tyres.

If you know your vehicle registration number or tyre size (you can find this on the side of your tyres) you can use websites such as Blackcircles to find winter tyres that are suitable for your vehicle along with prices and where you can get them fitted near you.

Why use winter tyres?

Winter tyres are designed to offer better grip and traction than summer tyres so they can help keep you safer on the roads during the wet, snowy and icy season.

Furthermore, winter tyres also have better stopping distances than summer tyres in the winter months, so they’re much safer and offer you peace of mind that you’ll be driving better when the roads are covered in snow and ice.

Winter tyres are certainly worth investing in during the winter months and even though the UK doesn’t experience quite as much snowfall as many other countries, our roads do get very wet and slippery and winter tyres make your driving performance much easier and safer.

It’s important to bear in mind that winter tyres aren’t just for snowy conditions; they can be a seriously good thing to have in wet and cold conditions as well, so if you’re on the fence about getting them, we think that they’re worth the money in order to offer you peace of mind while driving in the winter months.

Of course, the type of tyres you have are just one part of your driving performance in the winter months and regardless of whether you have specific winter tyres or not, you should always alter the way you drive to suit your conditions.

Some other tips for driving safely in the winter include: