Do you know what these EV dashboard warning signs mean? 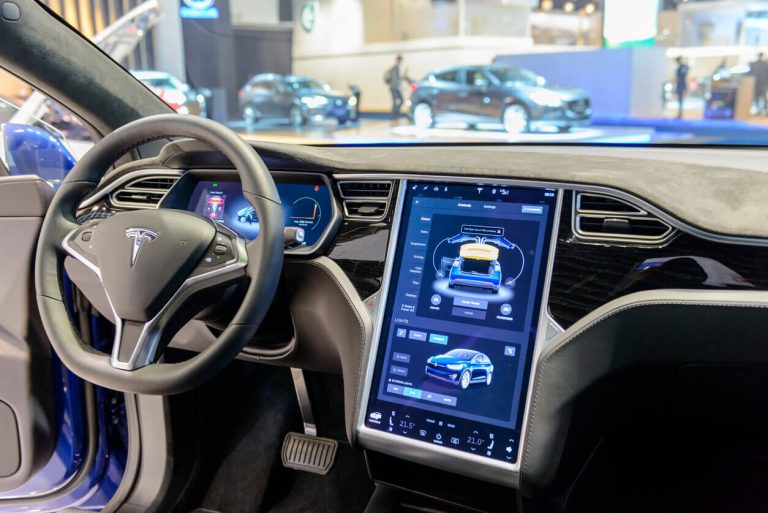 The dashboard lights on petrol and diesel vehicles are, by now, pretty well known by most drivers. However, electric and hybrid vehicles have other, more complicated, warning symbols on their digital dashboard which you might not be aware of yet.

If you drive an electric or hybrid vehicle then it’s essential that you know what warning signals might pop up while you’re out on the open road.

To help you figure out what the lights on your dashboard mean – including that illuminated spanner, battery or tortoise (yes, tortoise) symbol on your electric or hybrid vehicle’s digi dash.

It should be noted that, while most symbols are the same across the board, some can vary depending on your manufacturer. If you notice a warning light which isn’t mentioned in our guide below, check your vehicle handbook to see what action should be taken.

The severity of the warning will usually be indicated by colour, typically: green, amber and red.

Below, we’ll talk you through the various electric car dashboard warnings and answer the question:  what should you do if a warning light comes on?

What does it mean? As is the case with petrol and diesel vehicles, the high-temperature symbol indicates that there might be an issue with the engine cooling system. If you have a hybrid vehicle then this might also be caused by a faulty battery cooling system – if this is the case, it is an even more serious warning and could potentially result in a fire.

Is it safe to drive? No, and continuing your journey with this light on the dashboard could result in further damage. Pull over and call for assistance.

What does it mean? Rather than the battery that runs your electric car, this warning light signals that your 12v battery (like the one in a petrol or diesel car) is lacking power. This means your car may struggle to start one turned off. It is also used to power things like power steering and headlights, meaning the car could quickly become unsafe to drive.

Is it safe to drive? No, pull over and switch off your engine. Restart the car after 2 minutes and, if the light reappears, get it checked out ASAP.

What does it mean? The tag ‘master warning’ suggests that this is a pretty serious warning symbol, and that’s because it is. This is a general electric car warning light which implies that there is a serious fault with your vehicle. This light can sometimes be shown in amber, depending on the severity of the fault.

Is it safe to drive? This will depend on the colour of the light – either way, it is recommended that you postpone any future journeys until your car is given the thumbs up by a mechanic.

What does it mean? This battery symbol indicates that there is an electrical fault with your car, which could be the result of a faulty battery, motor or wiring. If this is shown as a red warning sign, there is a chance that the car could shut down or begin running on reduced power. If this is the case, it will likely be shown alongside the tortoise symbol (mentioned later).

Is it safe to drive? If it is shown as an amber symbol, you should get this fault checked out at the next possible opportunity. If red, you should stop driving and request assistance immediately.

What does it mean? In hybrid vehicles, the hybrid system indicator warning light can appear for a variety of reasons and will appear as either red or amber. When noticing the light, stop safely and turn off the car for 2 minutes. If the light reappears when starting the car then you will need to have it seen to by a professional.

Is it safe to drive? If the light disappears after restarting the car then the system reset has worked. If the light reappears, get the car seen by a mechanic as soon as possible.

What does it mean? Pretty self-explanatory, the low battery light will appear in electric vehicles when the battery is low – usually between 10% and 12%. This icon will typically begin to flash when battery levels become critical at around 5%.

Is it safe to drive? Just like driving with a diminishing petrol tank, it is perfectly safe to drive with a low battery – just make sure that you’re nearly home or at a nearby charging point.

What does it mean? As electric vehicles are naturally quieter than petrol or diesel, it is easy for them to go unheard by pedestrians. This is why electric cars come with artificial sounds to give pedestrians a warning that an EV is approaching. When this system is faulty, the pedestrian alert symbol will light up.

Is it safe to drive? Yes, but be extra cautious when reversing or approaching pedestrian crossings and get your vehicle booked in to be fixed as soon as possible.

What does it mean? This tortoise symbol is one of the more interesting electric vehicle warning lights on a digital dashboard and indicates that you are likely to experience a reduction in speed due to a lack of power. This might be due to extreme battery temperatures or a potential electrical fault.

Is it safe to drive? Yes, but only short-term (eg. on your way to a garage).

What does it mean? Electric cars are complex machines – so much so that not even your car dashboard lights can always know exactly what’s wrong. When you see the spanner symbol, it usually implies that there is a general fault that needs to be seen to by a professional. Luckily, many modern cars accompany this symbol with a message of what to do next.

Is it safe to drive? Unless otherwise stated by the vehicle’s on-screen suggestion, the car should be safe to drive to a nearby garage.

What does it mean? This one is pretty simple. The charging symbol is there to tell you that your car is still plugged into the mains outlet, so you should definitely unplug it before driving off.

Is it safe to drive? Well, as long as you’ve unplugged it from the charger, you’ll be good to go.

What does it mean? Many people suffer from what is referred to as ‘range anxiety’, which is why some electric car owners decide to keep their vehicles in eco mode. This reduces the vehicle’s performance in exchange for increased efficiency. When eco mode is enabled, this light appears.

Is it safe to drive? Absolutely. If this symbol has shown on your dashboard unprompted, then you may have pressed the button by accident.

If you don’t have an electric or hybrid car then one of the symbols above will relate to you – not yet, that is!

More and more people are looking to electric cars as the future of driving, with issues revolving around range and the lack of charging stations become less devastating every year.

The most popular electric cars in the UK revealed