A guide on electric cars - All you need to know (FAQs) 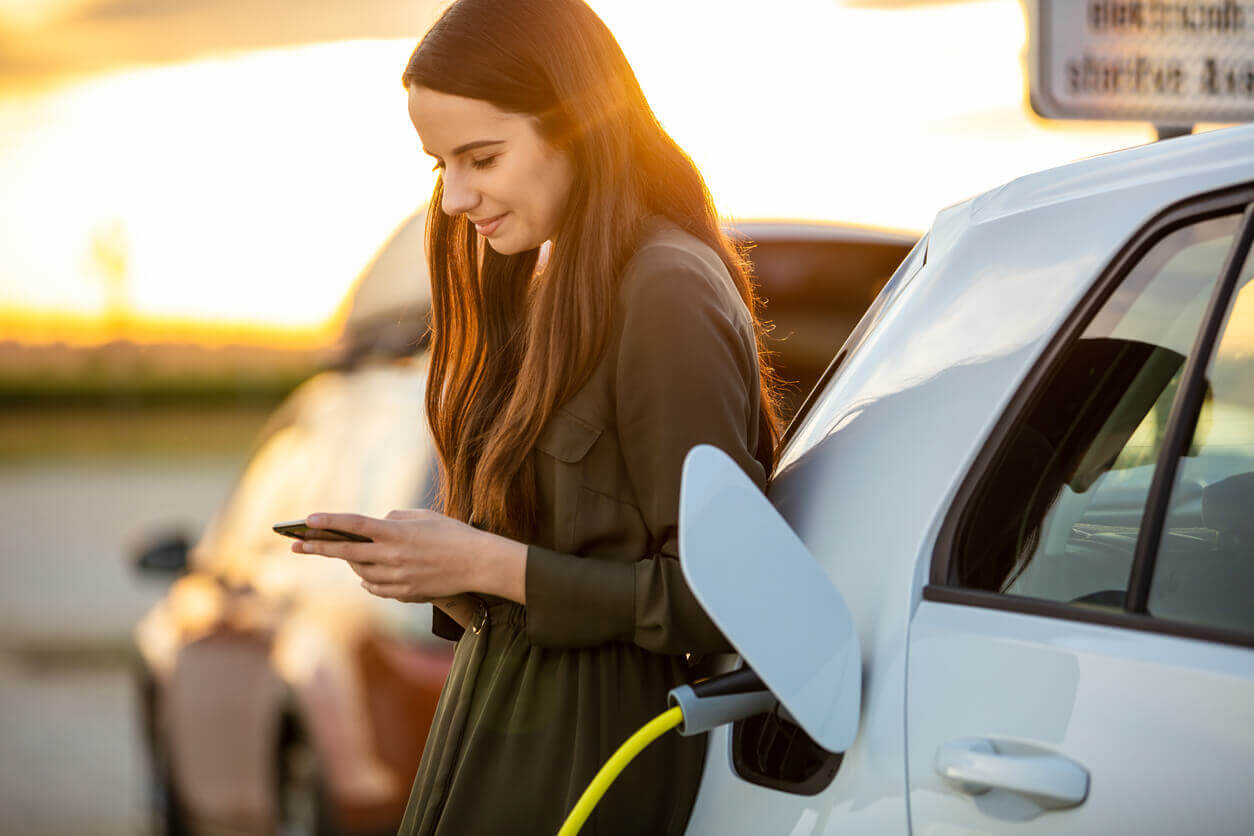 Electric cars have seen a dramatic increase in popularity in recent years due to a number of reasons, such as the fact that they often have lower running costs and they’re also considered to be much better for the environment.

In our guide on electric cars, you’ll find out everything you need to know about how electric cars work, whether they have gears or not, a list of electric car pros and cons, plus what EVs are currently on the UK market.

There are several types of electric vehicles and hybrids; knowing the difference between each type of EV can often be quite confusing, but we’ve put together a definitive guide below so that you can get to know the types of electric cars.

If you’re wondering how electric vehicles work, take a look at some of the most common types of EVs and how they operate. Aside from the fully-electric car, here are the other types available:

A hybrid is pretty much what it says in its name; it’s a car that has both a petrol or diesel engine, as well as an electric motor with a rechargeable battery.

Most hybrid vehicles have relatively small electric-only ranges of around 2km or 3km and their batteries recharge usually when you press the brakes or sometimes by using the petrol or diesel engine to power a generator that then provides electrical power.

Also known as a PHEVs, a plug-in hybrid has an internal combustion engine, plus an electric motor and rechargeable battery.

Unlike regular hybrid vehicles, plug-in hybrids can be plugged in and charged like an electric car and they also usually have much larger batteries than regular hybrids.

Their electric-only range is usually between 20km and 30km, so they’re ideal if you just want to drive locally, or you can go much further by using both of their power sources.

MHEVs are typically a type of hybrid car that cannot be driven in electric-only mode, but instead, has an upgraded battery and electrical system.

Advantages and disadvantages of electric cars

Before deciding whether an electric car is the right choice for you, take a look at some of the pros and cons of electric cars to help you make your decision.

What electric cars are currently on the UK market?

The availability of electric cars in the UK is ever-increasing, so if you’re in the market to purchase your first ever electric vehicle, you’ll be pleased to know that there is now a great selection in the UK.

Here are some of the most common models of EVs on the UK market.

Electric cars aren’t really known for being particularly cheap, but you can find a list of some of the cheapest electric cars available in the UK:

If you’re looking for electric cars that are also convertibles, then you might be slightly disappointed to find that there are actually very few options available, and it appears that the BMW i8 and Smart EQ fortwo cabrio are the two best electric convertible cars on the market right now.

Benefit in Kind rate, also known as company car tax, is just 1% in the financial year 2021/2022, which means that electric vehicles are considered to be a great company car choice for tax reasons.

Are all electric cars automatic?

Almost all electric cars are automatic as they don’t require a clutch due to their inability to stall like a petrol or diesel car.

Why are electric cars so expensive?

Electric cars are known to be pretty expensive to purchase upfront, but they typically have much lower running costs than petrol or diesel cars.

They're expensive due to the complexity of the car, but if you’re willing to spend a pretty hefty upfront cost, you’ll soon see the benefits of having lower running costs.

How much do electric cars cost to run?

There are usually several ways to work out how much electric cars cost to run, but you can usually work it out by using the following formula:

Size of battery (kWh) x the cost of electricity from your supplier (pence per kilowatt hour) = the cost to charge your EV from empty to full.

Of course, this method can be quite complex, but once you’ve got a rough idea of the amount it costs you per 100 miles, you should be able to work out the overall running costs and budget accordingly.

The cost of insuring an electric car is often known to be more expensive than a regular petrol or diesel car and you must also ensure that you double-check exactly what you’ll be covered for with an electric car insurance policy.

Providing that the electricity comes from an external source or an electric storage battery that is not connected to any source of power when the vehicle is moving, the EV will be exempt from road tax.