Get a great deal on salary protection insurance with Bobatoo…

Protect your salary if you are unable work due to illness or injury. Get a free, no obligation quote today. 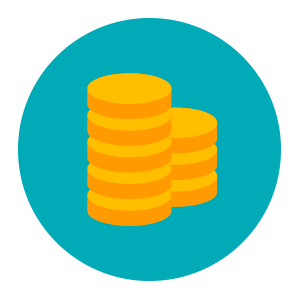 What is salary protection insurance?

Safeguarding our salaries is sacrosanct. It is after all our financial lifeblood and without its continued presence life is cataclysmically more difficult. Our salaries cover everything and then some.

Our salaries have to be regularly split more ways than your average atom, and habitually ensure that our mortgages are paid (and preferably on time), our loans are repaid, our taxes and National Insurance payments are up to date, our utility bills are taken care of, there’s food on our tables and clothes on our backs, our kids’ school/university fees are settled, our cars are paid for and kept on the road (via fuel, insurance, tax, MOT and servicing) and so on and so forth. We’d pretty much be lost without a regular salary hitting our bank accounts at a certain time of month; fact.

But what if, for reasons beyond our control, our salaries DIDN’T get paid, directly resultant from the fact that we could no longer work? What if we had to find alternate means of supporting both ourselves and our families/dependents? What if things started to get really scary?

Life is unfortunately littered with often unavoidable ‘what ifs’. What if you’d done this, what if you’d done that? We can seldom hide from them and therefore must ultimately face them head on. Thankfully there are plans, procedures and protocols in place for most eventualities, and there’s even one for the ‘what if I can’t work/how do I continue paying for everything?’ conundrum we’ve been building up to here. The answer – or at least, one of the most important answers – is salary protection insurance. And the acquiring of from the outset.

In essence it’s an insurance policy which pays out if you’re no longer in a position – physically or mentally – to work, due to an unforeseen serious illness or life-changing injury. Salary protection will continue to pay out – providing the pre-determined qualifying criteria is fulfilled and upheld – until such time as the policyholder is deemed fit and healthy enough to return to employment and resume their bread-winning role once more. Or until they reach retirement age. Or worst case scenario, until they die. Just so you’re aware, salary protection insurance DOESN’T normally pay out should the policyholder be made redundant. Specifically, you will have had to leave your place of work via mutual agreement between yourselves and your employers, with both parties agreeing that illness or injury stops you from carrying out your normal duties/fulfilling the remit of your position.

What salary protection insurance ISN’T (and therefore not be confused with in any way) is a private medical insurance plan nor a payment protection insurance. Which is a good thing if and when you’re confronted with a situation which compromises your ability to work through no fault of your own and puts an indefinite halt to you bringing home the bacon, so to speak.

Predominantly because it will safeguard your earning potential (or rather a percentage of it) in the event of you falling victim to a serious illness or suffering a life-altering injury of some description. Neither of the aforementioned plans target this potential shortcoming in the way that a salary protection insurance does. 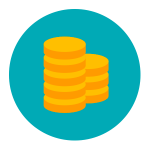 Do I need salary protection insurance?

We couldn’t rate salary protection insurance policies highly enough for anyone of working age as you can never know how things are going to turn out and how life’s going to test you next.

This one example of peace of mind insurance at least offers more than a glimmer of hope to those incapacitated in any major way and thus unable to hold down their sole means of generating income.

Habitually based on a percentage of your earnings (with between 50% and 70% being the norm), salary protection insurance pay-outs are free from taxation too; and providers of them have a history of being true to their word when it comes to settling claims which adhere to the individual policies’ stipulations. Recent research supports this too, with evidence that some of the UK’s leading salary protection insurance providers settled a high proportion of claims received in the past couple of years. Typically projecting figures of 88% to 98% in favour of policyholders.

As if the above wasn’t motivation enough to look into salary protection insurance further, then those still deliberating over it might be encouraged to do something about speaking to a providers about it on learning that just 12% of employers support their staff for more than 12 months if they’re off sick from their place of work.

Couple this realisation with the underlying fact that state benefits available to compensate for loss of earnings are experiencing very low levels (and set to get worse) then uptake of people looking to sign up for salary protection insurance is surely set to increase as we look ahead. As it stands, current figures don’t exactly inspire confidence, given that a mere 9% of the general public admit to having some form of salary protection insurance in place, in stark contrast to the 16% and 41% who have private medical insurance and life insurance policies respectively.

In addition to this, another insurance industry survey found that less than 25% of the people questioned believed protecting their income to be essential, compared to 74% who said the same of needing a reliable broadband connection. Go figure!

How much does salary protection insurance cost?

The first option will pay out up to when the policyholder returns to work, reaches a fixed age or passes away as a result of their injury or illness. That’s set in stone before the salary protection insurance policy is ratified by all parties. This plan also means you’re in the complete picture about what is and isn’t included from the outset, as well as understanding any pre-existing conditions you may be suffering from which you won’t be insured for in the event of them implicating your future work capabilities.

The second option – short term salary protection – isn’t governed by the policyholder acknowledging their retirement age or death (both instances triggering a release clause to benefit dependents), and instead offers a fixed maximum pay-out period of typically between 1 and 5 years.

The third option (ASU) differs from the other two by regularly screening potential policyholders, yet don’t complete a comprehensive medical underwriting at this juncture. Although cover is cheaper than the other two plans, uncertainty as to whether or not the policy will pay out if and when a claim is made hangs over the heads of policyholders as far more is left to chance/discretion of the insurer who can change the goalposts. Unemployment is covered, but again its clauses are subject to individual insurance providers in this iteration.

In terms of the actual prices that a policyholder would have to stump up for salary protection insurance premiums, there are three further breakdowns in relation to each of the abovementioned policy types.

‘Guaranteed plans’ ensure that the amount you pay remains unchanged throughout the proposed lifecycle of the policy, meaning the premium will only ever rise should you increase the cover. Not the cheapest of the three types proffered, salary protection insurance experts believe this to be the frontrunner.

The second choice is a ‘reviewable plan’, which works out more cost effective than the guaranteed counterparts. Having said that the premiums are reviewed every 5 years on average, at which point the price is subject to change at the behest of the policy provider.

The third and final type is an ‘age-related plan’. These are ideal for those people who work in high-pressure/risk roles and/or smokers, mainly because these normally deciding factors aren’t taken into account when the premiums are being thrashed out. Plus they start off cheaper. The trade-off is, of course, the premium stands to increase year-on-year as the policyholder grows older. That’s not to say you’re kept in the dark about such incremental rises as they are discussed when you take out the policy.

What can I do to reduce the cost of salary protection insurance?

Stay young, fit and healthy. Now whilst one of those is a physical impossibility, the second two are well within our grasp if we follow a certain lifestyle. One which dictates that we eat and drink wisely, exercise often and (ideally) don’t smoke. Or seriously consider quitting if you currently do.

The job you do will have an impact on how much of a premium you pay for salary protection insurance policies too, we’re afraid. If you’re a firefighter or oil rig worker then you’ll be paying much more than an office worker or librarian, sorry. Based once again on perceived risk factors of the role and how it could potential endanger your health. Which makes sense.

Women unfortunately don’t fare too well either, as statistically they put in more claims against salary protection insurance policies due to instances of stress, depression, hysterectomies and breast cancer.

A good tip is to elongate your deferral period from the outset of deciding on which policy to go with. As we’ve already explained, salary protection insurances historically pay-out once a pre-agreed period has elapsed, broadly ranging from 1 to 12 months after you place your claim. Choose to defer your payments by 13 or 26 weeks and you could end up being quids in.