Life insurance premiums can rise with age, so if you are over 50 and looking for life insurance cover you may want to consider getting a specialist policy for the over 50’s.

Bobatoo works with a host of leading life insurance companies to help you find a great deal. 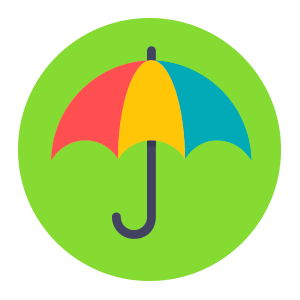 Save money on over 50’s life insurance

They say life begins at 50, based on the fact that once you pass this benchmark in life things are meant to become a little easier.

You’re that much nearer paying off your mortgage, edging closer to retirement and have (hopefully) seen your children fly the family nest.

Providing your health is in tip-top condition and you’ve got a bit put away for a rainy day you can start enjoying life that little bit more and perhaps begin finding more time for yourself and pursuing your more leisurely interests.

Although don’t think for one minute that the over 50’s are looking to wind down, as most of the time this couldn’t be further from the truth. Increasing numbers of over 50s are throwing themselves into all manner of life-affirming new experiences and exploring new interests and pastimes.

Believe it or not these can often include the more extreme-natured of sports and an array of more hardcore adventuring than they’ve experienced previously.

Indeed, where once previous generations entering the second half of their life could eventually look forward to realising their ambition of slowing the pace down a little, albeit interspersed with life on the greens and fairways, today we see those 50 plus becoming increasingly more daredevil in their approach to life after kids and careers.

Believe it or not more and more people entering the fifth, sixth and seventh decade of their lives are throwing the caution which they met the earlier part of their adults lives with to the wind, and now routinely get to grips with water-skiing, scuba diving, rock climbing and in some more extreme cases, bungee jumping.

But of course, the element of risk doesn’t diminish with the advancing of years and/or experience, which leads us nicely to the arena of over 50s life insurance.

What Is Over 50s Life Insurance?

Designed to pay out a lump sum to loved ones in the event of your death, over 50s life insurance plans are typically formulated around the conventional whole of life insurance cover premise; only targeted specifically toward those between the ages of 50 and 85.

One of the biggest differences between a 50s plus policy and a more commonly subscribed to whole of life package centers around the health question. Unlike the latter, a 50s plus life insurance plan is rarely negotiated around a potential policyholder’s health and doesn’t dwell on any underlying health issues they may have.

On this note, generally there is no requirement to sit a medical assessment as part of the pre-qualification process and in reality you are pretty much guaranteed to have your application for over 50s life insurance accepted at the standard premiums even if you admit to an underlying illness at this juncture.

Providing that the policyholder has kept up with monthly premium payments throughout the initial 1 or (more usually) 2 years of the term, your next of kin will benefit from a specified amount on your passing.

Do I Need Over 50s Life Insurance?

Yes. Although not obligatory or necessarily imperative, over 50s life insurance is well worth having whatever walk of life you’re in and however you envisage the rest of your life panning out.

With your free time set to increase (due to kids leaving home and retirement looming), the 50 plus demographic find themselves able to enjoy more ‘me time’ than ever before, and in a lot of cases this translates into more frequent holidays. And statistically speaking the over 50s are more likely to try out new pursuits while on holiday than at home, as not only does travel broaden their horizons but it’s also said to lessen their inhibitions.

This fascinating revelation – dubbed ‘holiday brain’ – transpires as the over 50s tackling all sorts of extreme sports during their extended vacations as they seek out experiences they’d never probably entertained the notion of before. In instances like this, over 50s life insurance is crucial, as injuring yourself abroad could end up with receiving a massive medical bill which without the necessary insurance cover you’d find difficult to pay.

But whether you’re home or away, the older we become the greater the chance that we could fall prey to illness or grow more prone to injury as our bodies inevitably don’t cope as well as they once did.

To counter this, over 50s life insurance plans are designed to accommodate the individual needs of the policyholder, and are scaled up or down according to personal requirements and at the end of the day provide peace of mind irrespective of your situation.

Despite the underlying fact that your children may have grown up and moved on, they are still your dependents, as is your partner or any other surviving close family members, and therefore it’s prudent to ensure that they are financially catered for when you die. And while some over 50s will be in the fortunate position of having paid off their mortgage (and any other outstanding debts accrued in their younger days), there will still be many more who haven’t.

With this in mind some form of fiscal safety net for those left to cope in the aftermath of your death would be advisable to orchestrate well in advance. And let’s not forget the spiralling cost of funerals. Making future provisions for this also makes a lot of sense.

How Much Does Over 50s Life Insurance Cost?

It varies between insurance providers as you’d expect, however in most instances over 50s life insurance is one of the most affordable policies you can arrange, with some premiums starting from less than £5 per month.

Although they can head towards the £100 mark depending on individual requirements and stipulations, yet remain highly competitive compared to other insurance policies. Another value added extra in direct relation to over 50s life insurance is the provision of fixed premiums. This advantage can sometimes be offset by fixed pay-out though, in as much as the latter will offer a degree of certainly over the term of the agreement, yet ultimately inflation and incremental rises in the cost of living during the cycle of your term could erode its future value.

A lump sum of, say, £10,000 may sound great now, but what will it’s actual equivalent worth be to the benefactors of the deceased policyholder some 20 or 30 years from now?

The ‘giving with the one hand, taking with the other’ implications continue when you adjudge the ‘free cover’ aspect offered with most over 50s life insurance plans.

The gist of it manifesting itself as the policyholder no longer needing to continue monthly premium payments once they reach a certain age (typically around 90 years), yet still reap the rewards of the policy remaining in full force thereafter. Other benefits which anyone mulling over taking out over 50s life insurance plans should be mindful of (and included in not all but a cross section of insurance providers policies) are that 20% of the ‘sum assured’ is paid out, on average, if the person who signed up to the plan becomes seriously ill, while 100% of the ‘sum assured’ takes full effect in the event of the policyholder being diagnosed as having a terminal illness.

What’s more, many over 50s life insurance providers more bespoke policies will envelope a clause which contributes to funeral costs.

What Can I Do To Reduce The Cost Of Over 50s Life Insurance?

Not that much to be honest, on account that over 50s life insurance as a policy is generally accepted to be one of the most competitively priced plans offered by insurance providers per se.

With many monthly premiums costing as little as £5 arranging over 50s life insurance doesn’t mean you’ll have to sell off the family heirlooms to afford. And because interested parties aren’t subjected to rigorous medical assessments prior to having an over 50s life insurance policy agreed in principle, we can’t even recommend that you should look to reduce your alcohol or nicotine intake to ensure acceptance. Although this would be considered a better general lifestyle stance irrespective, we’re sure you’d concur.