What is an overdraft and how does it work? - Here's everything you need to know 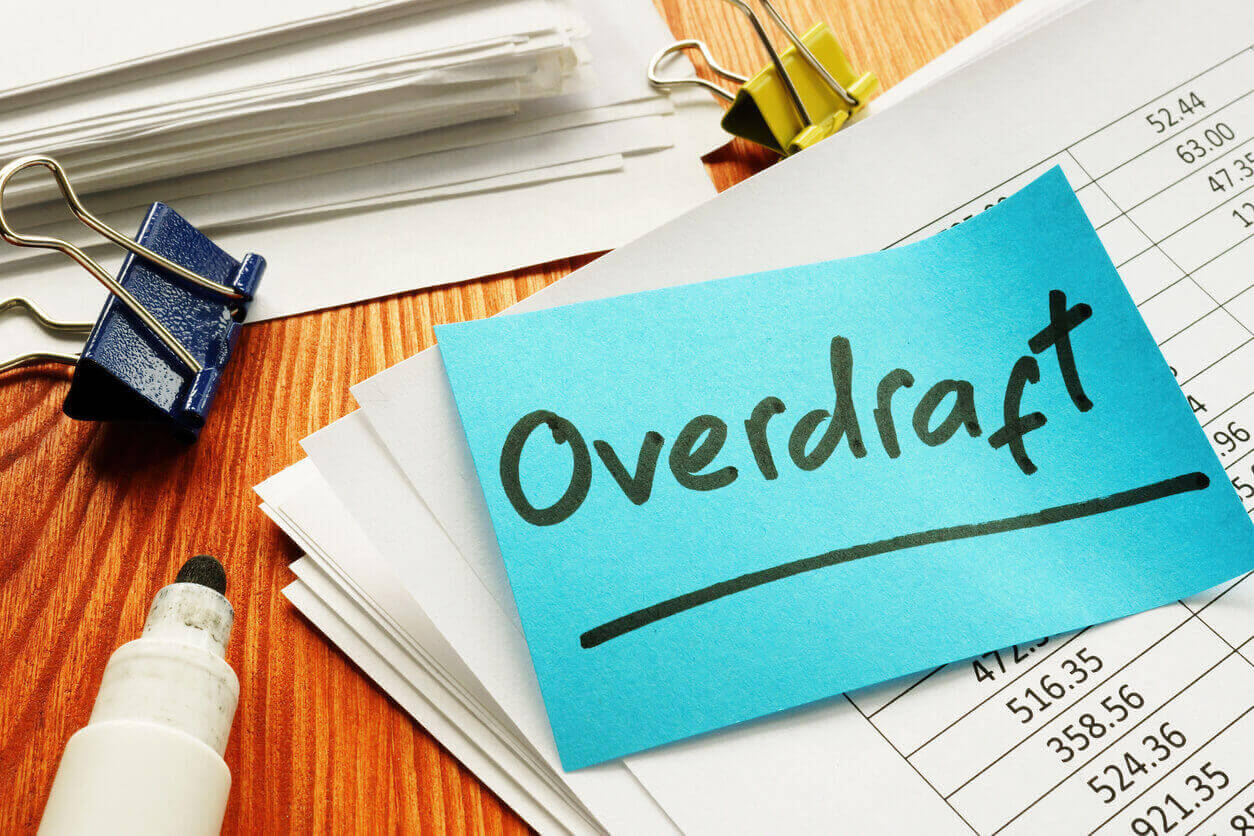 Overdrafts are a popular means of borrowing money, usually for short periods of time.

As it is just like any other form of credit or borrowing money, you must ensure that you can pay back an overdraft within the given period of time, so that you don’t face any additional charges or interest rates and so you don't negatively impact your credit score (financial status).

In our guide to overdrafts, you’ll find out more about what an overdraft is, the different types of overdraft that you can get as well as how having an overdraft can affect your credit rating.

What is an overdraft?

An overdraft is most commonly used as a means of short-term borrowing or in emergencies when you find yourself without sufficient funds in your bank account. You can use your overdraft which is like an extra bit of money in your account (that you will have to pay back).

The most common type of overdraft is a bank overdraft which lets you take out more money than you actually have in your account.

It is a type of loan, which means you must pay back the money that you borrow. Some banks may offer an interest-free introductory overdraft offer, but many banks will charge you to use the overdraft facility.

Also sometimes referred to as a planned overdraft, an arranged overdraft is when your bank account balance goes below zero, but you have a limit (an arranged amount) in place that is agreed with your bank so you can spend up to this amount in your overdraft.

How do overdrafts work?

You can ask your bank for an overdraft to be added to your account, or you may automatically be provided with one when you set up a bank account (although, you can choose not to use it).

As an overdraft is a type of loan, you will have to pay back any money you borrow and interest fees on overdrafts can sometimes be quite extortionate, so if you’re really considering borrowing money, it might be a good idea to look into other means of borrowing money before committing to an overdraft.

How does an overdraft get paid back?

While overdrafts are a type of loan, they differ from other loans in that you don’t pay the money that you borrow back in instalments over a certain amount of time.

Instead, similarly to credit cards, you can pay off your overdraft in one lump sum if you choose to, or you can add it to an existing overdraft.

How to pay off an overdraft

When it comes to paying off your overdraft, it is an entirely personal decision as to how you decide to do it.

Some people treat their overdrafts almost like an essential bill in which they pay every month, whereas other people will let their overdraft build up while they save money to pay it off.

There’s no one exact way to pay off an overdraft; you just have to make sure that your payment method works for you and enables you to pay it off when needed.

Do I need a good credit score to have an overdraft?

It’s unlikely that you will be approved for an overdraft if you have a bad credit history as your bank will be aware of your financial difficulty in the past if you failed to make previous repayments, for example.

However, if you have an arranged overdraft and continuously make your payments on time and don’t go beyond your overdraft limit, then it could actually improve your credit rating.

Just like with any other form of credit, it’s imperative that you pay off your overdraft as soon as possible to avoid any extra unnecessary fees and penalties and damage to your credit score.

Read more: How to improve your credit score immediately

What happens if you go over your overdraft?

Depending on the terms and conditions of your bank’s overdraft policies, you might not necessarily face any additional charges if you go over your overdraft, but your payment might be stopped by your bank and you will be unable to use your bank account.

What happens if I can't pay my overdraft?

If you can’t pay your overdraft, then your bank may report it to a credit reference agency who will mark it on your credit file which could affect your credit score and it could even lead to your bank defaulting your account which can stay on your credit file for up to six years in some cases. This could make finding another bank, credit or loan provider difficult in the future.

How to get out of an overdraft

There are several options to think about when you’re looking to get out of your overdraft.

The easiest way to get out of your overdraft is to always keep an eye on your finances, repay your debts as soon as you can and use your savings where possible instead of dipping into your overdraft.

Why would a bank cancel my overdraft?

A bank may cancel your overdraft if you’ve defaulted on your payments too many times and your relationship with the bank becomes sour. However, your bank should always inform you before closing your overdraft, although some banks don’t always offer this courtesy.

How much overdraft can I get?

The amount of money you can get in your overdraft depends on what your bank offers; each bank will offer different rates and payment terms on overdrafts so it’s worth asking your bank if you wish to get an overdraft on your account.

Is it worth having an overdraft?

Overdrafts can occasionally be beneficial to some people in certain financial circumstances, but they should really only be used in emergencies or for short-term purposes; you shouldn’t think of your overdraft like a long-term loan and you definitely shouldn't rely on it too much and use it all the time.

If you constantly find yourself dipping into your overdraft and you struggle to pay it back, then you might want to consider some other means of borrowing money such as a 0% credit card.