Save money on a European travel insurance policy today with Bobatoo…

Get travel insurance cover for as little as £7.85, with low excess and a 20% discount when you buy online. 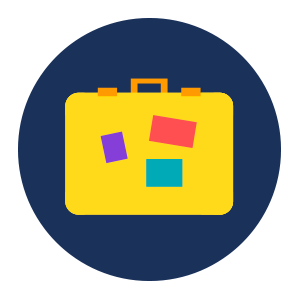 How to save money on travel insurance

Learn how to save money on travel insurance with our special guide...

What is European travel insurance?

Europe is home to some of the world’s most stunning urban thoroughfares and cityscapes, rural regions and breath-taking countryside vistas as well as characterful and iconic water courses. What’s more it’s readily acknowledged far and wide for its eclectic cultural mix, history and cradles of invention.

From architecture and people through to naturally occurring landscapes and geographical features, Europe has pretty much everything on its doorstep. And being a fully paid up member of Europe – and not more than a hop, skip and a Eurostar jump from its mainland and French gateway – any one of us Brits could be in any one of the countries which comprise Europe quicker than we could have previously imagined these days. From the fashion mecca that is Milan and the architecturally magnificent Barcelona to the picturesque harbour town of Dubrovnik and sublime canals of either Venice or Amsterdam, there are an almost infinite choice of destinations for the avid Europhile, quickly found on any map.

While work, rest or play might originally take you there, there’s little chance that whatever, whenever and wherever won’t have made such a first, second and third impression on you that you won’t be high-tailing it back to the continent ASAP. Indeed – and with regards to the latter pleasure pursuits in particular – just who hasn’t dreamed about shopping until they dropped in Europe’s designer capital, Milan? Or visualized spending a footballing weekend in Spain, taking in either Barcelona or Madrid’s footballing giants? Or for that matter – and if a petrolhead of any description – envisaged watching the Formula One Monaco GP in southern France’s unique Principality and/or emulating their motorsport heroes by tackling the Nurburgring’s famous Nordschleife circuit which lies deep in the Black Forest region of Germany?

But to guarantee you peace of mind travelling to, from and between here, there and everywhere of a European destination, before you go anywhere it’s absolutely imperative that you afford yourself the right sort of European travel insurance to safeguard both yourself and your personal possessions while following in the footsteps of generations of explorers before you.

European travel insurance is a previously agreed and ratified insurance policy designed to safeguard the interests – financial and otherwise – of the named policyholder, which comes into effect during any trip/holiday undertaken in Europe. Typically covering such core areas of personal interest as medical procedure and treatment (including spells of hospitalization and/or unscheduled travel/repatriation), expenses incurred as a result of travel/designated transport delays and cancellations (flights, subsequent connections, etc…), airline and tour operator insolvency, damage to or loss/theft of luggage, personal belongings, travel money, passports/documentation and any other form of personal liability.

European travel insurance policies mostly fall into the two main camps; single trip cover and multi trip (or annual) cover, although by no means are these two exclusive. With direct reference to the single trip policy this habitually protects the insured party for a one-off trip/holiday for an agreed duration (no more than 30 consecutive days), while a multi trip/annual policy affords the policyholder multiple trips/holidays during the course of its pre-determined duration (normally anywhere between 30 – 60 days).

Further to these more standard European travel insurance packages, travellers can also opt for a dedicated backpacker policy and winter sports plan; both of which specifically target an end user more than the aforementioned two.

A backpacker travel insurance policy will, perhaps, serve of particular interest to those wishing to travel more extensively around Europe, and without the time restraints that others may have to adhere to.

These often cover the individual for up to 18 months consecutively, and an increasing number now offer the opportunity to break up the prolonged period if the policyholder wishes to make a brief return journey to the UK so as to attend a wedding or other important engagement.

Although always refer to the all-important T’s & C’s with these clauses as there’s often only a 14 day window in which to activate them.

The other policy geared up towards those looking for European travel insurance isn’t so much a package in its own right, more of an add-on we’d say. That said a specialist winter sports travel insurance policy can be instigated and underwritten as a separate entity and concentrate the nucleus of its protective attentions on those European-bound travellers looking to participate in the more focussed area of activity/extreme winter-orientated sports; like skiing, snowboarding and tobogganing for example. 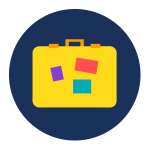 Save money on travel insurance by comparing policies suited to you.

Do I need European travel insurance?

While no travel insurance is a mandatory requirement we would always strongly recommend that those of you with ambitions of experiencing all that Europe has to offer – be it on a city-based mini-break spanning little more than a weekend or something altogether more relaxed, possibly beach-based and longer in duration – looks at the bigger picture and appreciates that often the best laid plans do come asunder from time to time. And for that reason a contingency plan (or safety net) is never a waste of time or money when playing the long game.

As well as fate dealing you a cruel blow while on holiday (anything from tripping over the steps at Rome’s Coliseum to suffering food poisoning at the dinner table of a restaurant in Athens), there’s always the chance that you may not actually touch down in your desired destination to begin with.

In recent times temperamental Icelandic volcanoes, strikes by airline staff and civil unrest in a few parts of the world have put an end (or at the very least, delayed) holidaymaker’s departing UK airports, never mind falling victim to uneven surfaces and suspect local delicacies on the continent.

Being in possession of a European travel insurance policy will ensure that you have something to fall back on should any of the above incidents come between you and your short break/holiday getting on just fine. And moreover a right of legal reply with your airline provider, tour operator or hotel. And if you’re one of those people whose received free UK and European travel insurance as part of an introductory deal from a high street bank looking to reel you and your custom in, just make sure that you read through ALL of the small print to confirm that it protects you against everything that you want it to protect you against as you head off on a stag weekend to Prague (other stag weekends and destinations are widely available).

Unbelievably, almost 1 in 4 of us reach for the skies (or rails, coaches or own vehicles) to destination Europe without any travel insurance in place prior to departure, automatically risking bills potentially totalling £1,000s. Or alternatively have chosen to get themselves a European Health Insurance Card (EHIC) as a substitute. Well, let us make one thing perfectly clear.

An EHIC (although impressive) is NO substitute for European travel insurance. Although helping to meet health and medical costs incurred while on holiday as a result of being taken ill/suffering an injury (allowing you to be treated for the same cost as a local person using the same hospital), a European Health Insurance Card does in no way replace a European travel insurance policy.

If for instance you need transferring between hospitals or repatriating to the UK, you’d have to foot this bill yourself, yet if you had a travel insurance policy, you wouldn’t. Plus it doesn’t make one iota of difference to you if you lose your luggage, endure a delayed flight or have your watch stolen from your hotel, obviously.

How much does European travel insurance cost?

With European travel insurance policies starting from under £5, there really is no excuse not to cover your derriere (as the French say) if and when you next decide to take in the sights and sounds of continental Europe.

Unfortunately the older you are, the more expensive the premium is likely to be due to you being viewed as a greater risk by the insurance provider. If you’re between the ages of 65 and 80 years of age, expect to fork out anywhere between £16 and £43 for 7 days single trip policies, courtesy of a range of selected European travel insurance companies. Please read £18 to £50 for the equivalent policies when dotting the I’s and crossing the T’s on a 15-day sojourn to Europe.

Also it pays to be aware of just what is and what isn’t referred to as part of Europe nowadays too. With new countries, states and former/existing principalities (the Baltics, Kosovo, San Marino, Andorra, Lapland and Vatican City springing readily to mind) breaking away from motherlands almost weekly, that old school atlas you perhaps still rely on to determine continental borders could be well past its best before date; and consequently need to be resigned to the pages of history ASAP.

Not all – but many – leading European travel insurance providers have recently taken the long-debated likes of North African countries such as Egypt and Morocco under their European wing, while despite being universally recognised as the gateway to Asia from one geographical perspective, Turkey is also acknowledged as the entrance to Europe from another. So is again covered by most European travel insurance policies. Don’t just take our word for it though, and ALWAYS double check with the travel insurer if you’re looking to rubber stamp a fortnight in Antalya just to be on the safe side.

What can I do to reduce the cost of European travel insurance?

The best way to reduce the costs of premiums is to only get the cover you need – rather than a standard package that may result in you paying for cover that won’t be used.

According to the insurance industry’s governing body, the Association of British Insurers, the average cost of a medical travel insurance claim just two years ago was £930. So nowhere near the £10m pay-out that some insurers might convince you is worthwhile paying massive premiums to activate at a later date.

On the flip side though, don’t opt for a cheap as chips European travel insurance plan either, as this is just false economising which could result in you being left high and dry, minus appropriate cover in the event of something serious happening while you’re circumnavigating continental Europe. And all because you negotiated what you thought at the time was a discounted deal. It was. Way too discounted unfortunately.

To be sure of getting a good deal on European travel insurance, get a quote from Bobatoo.