What is a Smart Motorway and how does it work? 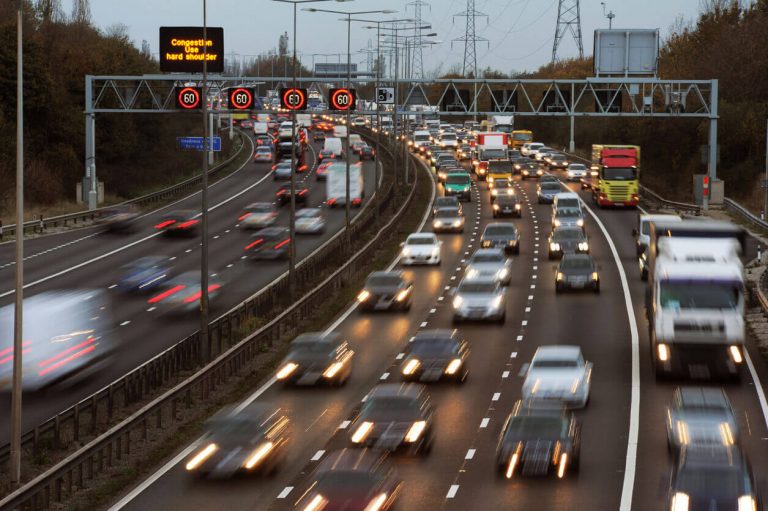 Criticised by MPs who have branded them ‘dangerous death traps’, the topic of smart motorways is a controversial one, but whatever your opinion is, they aren’t going away anytime soon.

It was revealed in October 2019 by Highways England that plans for a further 300 miles of smart motorways (sometimes known as ‘digital motorways’) would be put into action by the end of 2025, with the intention of easing congestion in the busiest parts of the country during peak traffic times.

With that in mind, it’s important for drivers - new and old - to understand how to use a smart motorway and what action to take following a breakdown.

There are many questions to be asked about smart motorways, such as what are they, are they safe, why is there no hard shoulder and what should you do if you break down on one?

Here at Bobatoo, we’ve done the research so you don’t have to, finding out all of the necessary information and statistics about smart motorways so you’re prepared next time you drive on one.

What is a smart motorway?

So, what is the difference between a motorway and a ‘smart’ motorway?

A smart motorway is a section of motorway which makes use of modern active traffic management (ATM) techniques to increase the number of vehicles able to drive on one stretch of road during particularly busy periods, with the aim of reducing congestion.

These traffic management methods include:

What’s the aim of a smart motorway?

The aim of a smart motorway is to ease congestion during busy periods and on busy stretches of road, reducing journey times for commuters.

They were introduced by Highways England as an alternative for building additional lanes to ease traffic, which, it is argued, would have cost too much money, taken too much time and had a detrimental impact on the environment.

>>>Need to renew your car insurance soon? Get a free quote today!<<<

The different types of smart motorway

As suggested by the name, this form of smart motorway permanently removes what would have previously been a hard shoulder and turns it into a lane which is open for all traffic.

The only time this lane is closed is in the event of an incident. A lane closure can be identified by a red X in the above-road gantry, which signals that you must switch lanes safely and as soon as possible.

Smart motorway cameras are used to constantly monitor traffic and can identify any incidents, at which point, the relevant lane will be closed and immediate assistance will be sent.

There are emergency refuge areas (ERAs) located along the outside of motorways working with all lane-running schemes – however, these are not currently as frequent as they perhaps should be.

Some smart motorways also use radar technology to spot incidents on the road, but these are not currently active on all smart motorways. At the time of writing (Jan 2020), this technology is only available on stretches of the M25.

Variable smart motorway speed limits must be adhered to and, if not, the driver will be punished in the same way as breaking a normal speed limit.

Variable speed limits can change at any time and, when they do, so do the speed cameras. Highways England state that updates are delayed slightly on cameras so to prevent drivers from braking too hard, although changes can occur in as little as 10 seconds.

Dynamic hard shoulders are opened and closed to general traffic depending on the level of traffic on the roads at the time.

A solid white line is shown to differentiate between lane 1 (the left lane) and the dynamic hard shoulder, with signals on the above gantry indicating whether or not drivers are able to utilise it.

If the signal above the hard shoulder shows a red X, drivers should only use it for emergencies; the same should be assumed if the gantry above is blank.

Between 2014 and 2019, there were 38 smart motorway deaths recorded, which begs the question: are they safe?

When investigated by BBC Panorama, it was found that the number of ‘near misses’ on one specific section of the M25, which had been given ‘smart motorway’ status, was 20 times higher than it was before the new scheme had been implemented.

Figures showed that just 72 near misses had been identified in the 5 years prior to the introduction of the smart motorways, compared to a whopping 1,485 in the 5 years after they were introduced.

When asked by the RAC whether or not the removal of hard shoulders on motorways compromised safety in 2019, 68% of people agreed that it did, and the former government minister who agreed to the implementation of the roads, Sir Mike Penning, even went as far as to say that they are putting drivers’ lives in danger.

Despite these worrying statistics, Highways England insist that journey reliability has improved by 22% since the first smart motorway as opened back in 2006, while personal injury accidents have also reduced by 50%.

Listen to the phone call below: A man called the police when he and his family of 5 had broken down on a smart motorway. With nowhere to go, a truck collided with his car – fortunately, everybody involved in the incident survived.

In January 2020, it was stated that the government were looking to overhaul the smart motorway system to make it both simpler and safer for drivers in the UK.

Smart motorways might seem like a radical change from conventional roads, but the same laws very much apply.

If you are caught speeding on a smart motorway by one of the various speed cameras, you will face the same sanctions as you would if caught on a standard stretch of motorway.

The only real difference comes with the aforementioned ‘red X’ displayed in the gantry above corresponding lanes. Driving in a lane above which a red X is displayed is against the law and could see you fined up to £100 and three points on your licence – more severe cases could even see you ending up in court.

For an example of what to look out for while on a smart motorway, see below*:

The ‘red X’ isn’t the only sign you should be looking out for when driving on a smart motorway. There are a number of other examples of above-road signs that signal for drivers to act in a certain way.

1) Varied speed limit – When a specific speed is shown, this becomes the new legal speed limit until stated otherwise. This limit might be put in place way ahead of a lane closure, preparing drivers for when they will eventually need to switch lanes without causing unnecessary congestion.

2) Move to the right hand lane – When there is an arrow shown above a lane on a smart motorway, drivers should attempt to join the suggested lane at the next, safest

3) National speed limit – When this sign is shown, drivers may return to driving at the national speed limit. This will usually occur once an accident has cleared, or once the driver has passed the area in which the collision occurred.

How do smart motorways work?

Smart motorways utilise cameras which are able to monitor traffic levels, allowing authorities to act accordingly and efficiently when an incident occurs.

Smart motorway cameras also act as speed cameras, enforcing the variable speed limits put in place – drivers are more likely to be caught speeding when on a smart motorway for this reason, so pay close attention.

Smart motorway cameras are painted yellow like traditional speed cameras, but are considerably harder to spot due to them being much smaller. They are usually found on poles beside the road or on the gantries which display speed limits and other warning signals.

Even when there is no variable speed limit in place, smart motorway cameras can catch drivers who fail to stick to the national speed limit.

Some stretches of smart motorway rely on SVD, which is a radar technology used to identify stationary vehicles – this technology is proven to spot breakdowns or accidents up to 16 minutes quicker than the traditional cameras used on other stretches of UK motorways.

This technology is currently only deployed on a fraction of smart motorways, though.

What should you do if you break down on a smart motorway?

The first piece of advice offered by Highways England is: if your vehicle is experiencing problems, leave the motorway at the next possible opportunity.

Of course, this isn’t always possible and, if you are unable to reach the next junction, you should:

Get to an emergency refuge area (ERA) located on the left-hand side of the road. According to Highways England, these should be available every 75 seconds for a vehicle travelling at 60mph. All ERAs are marked with blue and orange signs, as well as painted orange to make them visible during the night.

Once you’ve reached the ERA, pull in as far to the curb as possible, switch on your hazard lights and exit your vehicle. Use the available SOS phone to request help – you don’t need to remember a number as you will immediately be put through to the relevant authorities.

If you are unable to reach one of the emergency refuge areas – or if you break down in the middle or right-hand lane – Highways England advise that you bring the car to a stop and turn on your hazard warning lights.

You must remain in your vehicle with a seatbelt on and call 999. Smart motorway technology will quickly kick in, closing the lane that you’re in to oncoming traffic.

Under no circumstances should you leave the car to cross a busy motorway on foot. As scary as it might seem, staying in your vehicle is the safest option.

For more information on how to stay safe while driving on UK roads, check out our range of useful guides below:

Driving in winter: A complete guide